Citizenship applications hit new highs in Arizona and the nation last year, and experts think the number will keep growing. But with the higher number of applications has come a growing delay in processing those requests. (Photo by University of Findlay/Creative Commons)

WASHINGTON – Naturalization applications in Arizona jumped 48 percent over the past three years, to more than 19,000 last year, a number that advocates expect will continue to rise as immigrants look for reassurance in the current political climate.

The Arizona numbers reflect a national increase of 35 percent over the same period, according to statistics from U.S. Citizenship and Immigration Services.

But with the growing caseload has come an even faster-growing backlog, with 13,680 pending cases in Arizona, where a typical case now takes 8.6 months to process. That’s slightly more than twice as long as it took three years ago.

But for Phoenix resident Karla Salazar, the benefits of citizenship make the waiting worthwhile.

“It’s important that we have a voice through our votes, to change laws,” said Salazar, a permanent legal resident who has been in this country for four years after migrating from Puerto Penasco, Mexico.

“As (permanent legal) residents, nothing is assured. At any moment, laws can be changed,” Salazar, 45, said in Spanish through an interpreter. “The president has the power to change the law, to change the requirements, the fees. We are in limbo and we have to continue to fight.” 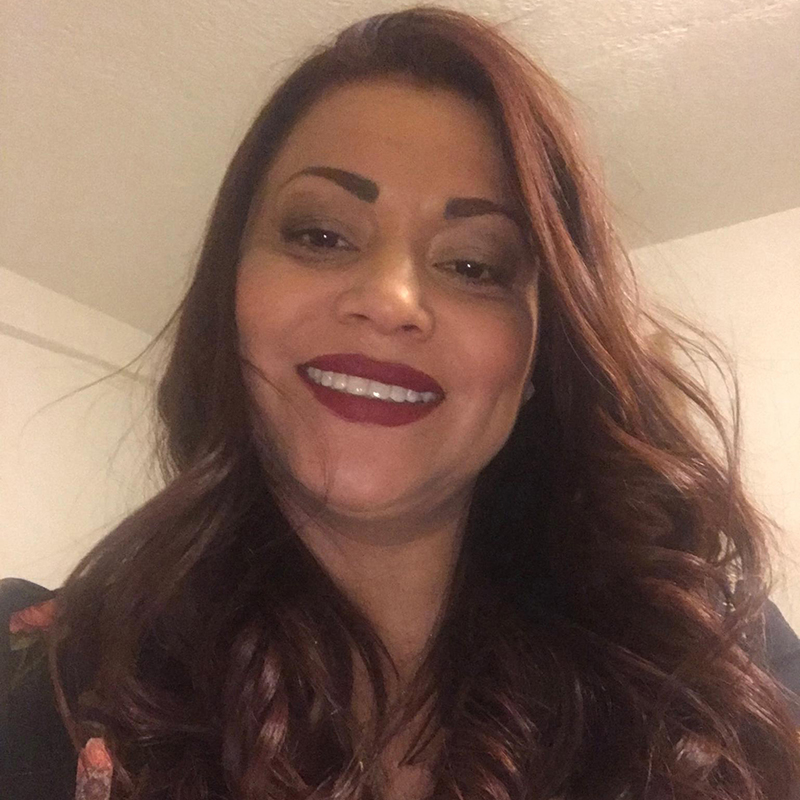 Karla Salazar, a lawful permanet residend who came from Mexico four years ago, said applying for U.S. citizenship is worth it, despite the long wait, for the peace of mind it brings. (Photo courtesy Karla Salazar)

USCIS said there are about 8.9 million “green card” holders, or lawful permanent residents, who have been in the country for at least five years, the minimum amount of time for someone to receive citizenship.

In the first three quarters of fiscal 2017, USCIS said 783,330 people filed citizenship applications, putting it on pace to pass the 971,242 applications for fiscal 2016, which was the highest level in a decade.

While the number of applications rose by half in Arizona, the number of backlogged cases more than doubled, rising by 109 percent between 2015 and 2017. That is the 13th-largest backlog among states.

A spokeswoman for USCIS said the agency has begun hiring immigration services officers to fill vacancies across the country and is enlisting current employees to work overtime.

Meanwhile, groups like Promise Arizona are providing legal assistance and application help in an effort to get more legal permanent residents into the naturalization pipeline.

Petra Falcon, executive director of the group, said these outreach efforts are “very important” to the immigrant community because becoming a citizen is the “only protection against deportation.”

Falcon said much of the urgency behind the growing number of applications is twofold: Green-card holders want to guarantee their legal status, but they also want to be able to vote in upcoming elections, because conditions can always change.

“If DACA can be rescinded, why not protections for a permanent legal resident?” Falcon asked. “I’m sure people are anxious to hear whether their application was approved…. Obviously, the other urgency is, become a citizen and you won’t have to look over your shoulder just in case you’re going to get a ticket.”

That one ticket or one legal slip-up could put a resident on track to getting deported, said Falcon, who is encouraged that “at least they’ve applied and they’re becoming citizens” despite the backlog.

Once an immigrant applies, is screened and submits fingerprints to USCIS, a naturalization interview is scheduled in which applicants are asked about their backgrounds, and they take an English and civics test. It can take up to seven months to schedule that interview.

Applicants who fail the English or civics tests can retake it after several weeks. If they fail a second time, they have to start the application process all over again.

Salazar said she knows of people who have been in the country for decades because they were afraid of the language barrier and the exams.

Salazar said her application has been confirmed and she will soon have her fingerprints taken. After that is a one-on-one interview, which she expects to wait up to eight months to schedule. She is optimistic, but said the wait – along with application fees as high as $725 – can turn people away from the process.

But Salazar is encouraging other immigrants to apply and invest the time and money to get through the process. The wait is worth it to Salazar, who said that being able to live in this country with peace of mind, and to vote, will make the months of waiting worthwhile.

“I’m 45 years old and I am very motivated and energized to succeed here,” Salazar said. “I don’t care if I get to 50 and I’m still working on it, because that would be a great thing for my life from an emotional, professional and financial standpoint.”