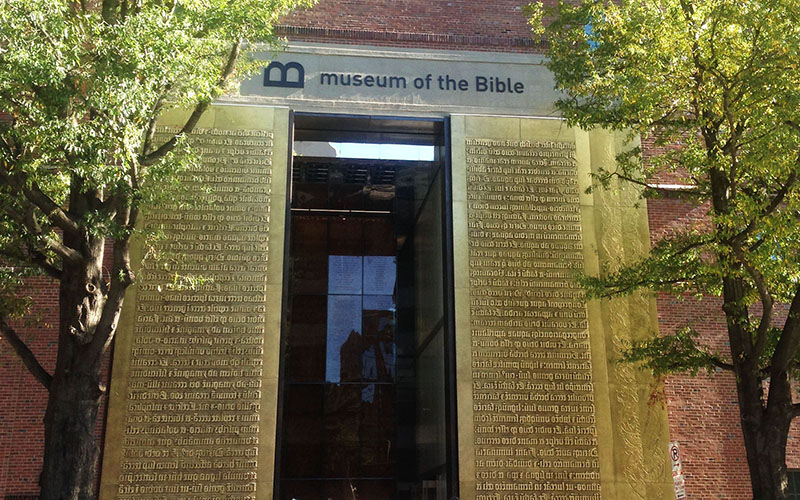 Officials at the Museum of the Bible tout its high-tech touches, but not all elements are futuristic: The entrance is flanked by panels that recreate the first pages of the Gutenberg Bible. (Photo by Joel T. Vernile/Cronkite News) 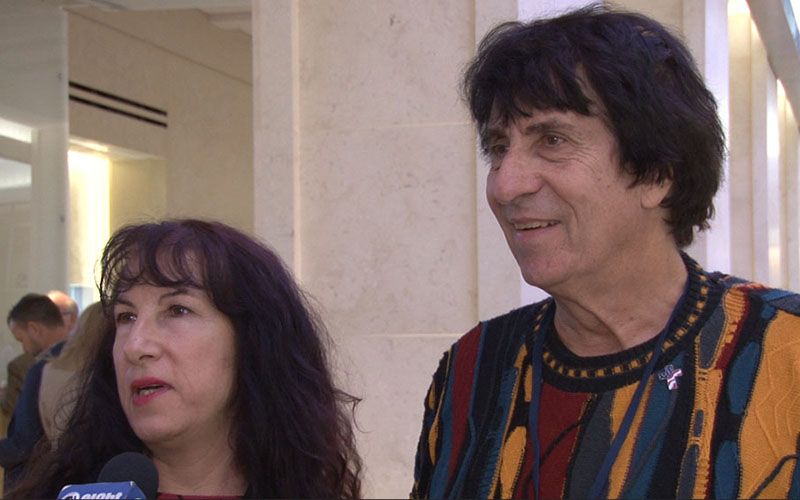 Scottsdale residents Kim Bongiorno and Mark Singer made a point of being at the new Museum of the Bible in Washington for its opening, an experience they gave high marks to. (Photo by Trevor Fay/Cronkite News) 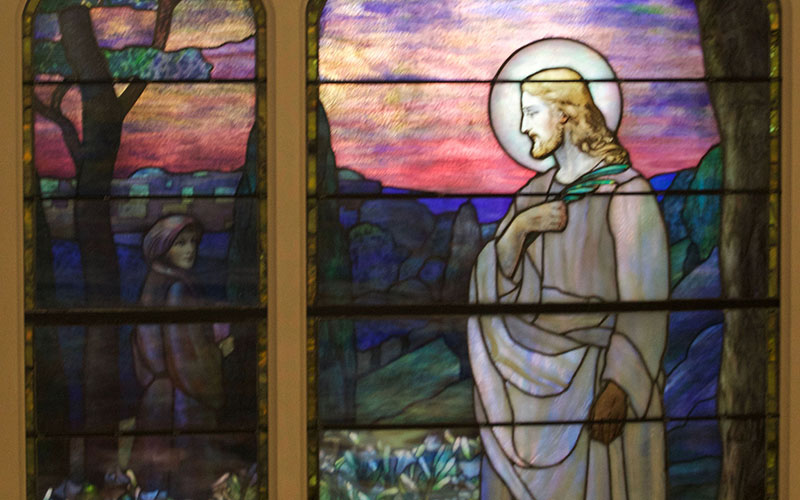 Founders of the new Museum of the Bible say the it is not about any one religion, but about helping visitors “understand and appreciate the role of the Bible, not only in America, but globally.” (Photo by Joel T. Vernile/Cronkite News) 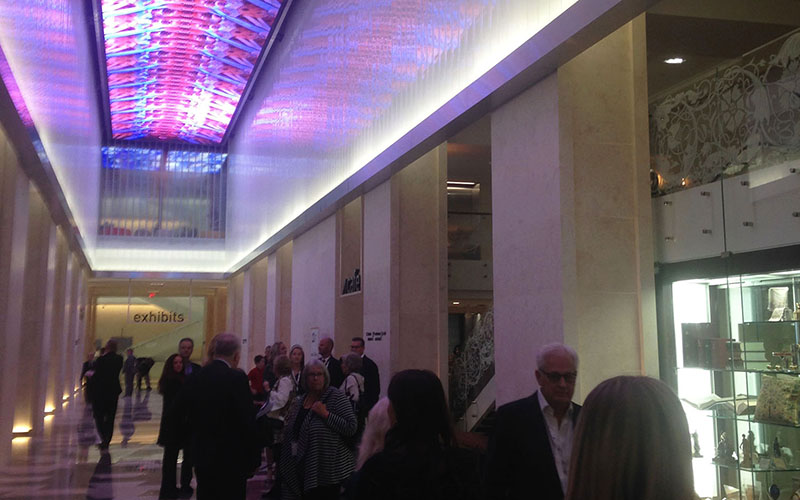 A 140-foot LED screen hangs above the Museum of the Bible lobby, where visitors can use “cutting-edge” technology for digitally guided, personalized tours through exhibits. (Photo by Joel T. Vernile/Cronkite News)

WASHINGTON – The Washington monument that Mark Singer and Kim Bongiorno came to see wasn’t old and it wasn’t on the National Mall and it wasn’t dedicated – strictly – to U.S. history.

But don’t tell the Scottsdale couple that it wasn’t worth the trip.

“It’s phenomenal what they’ve done,” Bongiorno said after touring the new Museum of the Bible on its opening last weekend. “The Scriptures come to life, and it’s just unbelievable.”

The new, privately funded nonprofit museum sits just off the National Mall and just four blocks from the U.S. Capitol in a 430,000-square-foot building that was a refrigerated warehouse before a two-year reconstruction. It is a “rare attraction,” one local tourism official said, in a town full of publicly supported, secular monuments and museums.

But it is not about pushing any one religion, the museum’s founders are quick to note.

“We created this museum to help our guests understand and appreciate the role of the Bible, not only in America, but globally,” said museum President Cary Summers at a dedication ceremony last Friday. “We have no other agenda.”

Hobby Lobby President Steve Green cofounded, and was a major benefactor for, the $500 million facility that he said aims to explore the Bible not from a sectarian angle, but as a book that has had “such an impact on our world.”

Visitors are greeted by brass panels, nearly 40 feet high, that flank the entrance to the museum with the opening lines of Gutenberg Bible’s replicated in metal. Inside, a 140-foot LED screen hangs above the lobby, where visitors can use “cutting-edge” technology for digitally guided, personalized tours through exhibits displaying “the greatest story ever told” – fixed more in history than religion.

Exhibits in the 430,000-square-foot building include the history of the Bible in America, the Bible in the world, the World of Jesus of Nazareth and an interactive area for children. The museum has ancient Israeli artifacts and other items on loan from more than 41 institutions, a Bible-inspired art gallery and a 472-seat theater currently running the Broadway play, “Amazing Grace.”

A fifth and sixth floor were added to the 1922 building during its reconstruction, and the top floor now offers a ballroom, garden and a panoramic vista of the city that includes a view of the looming Capitol dome.

“We want it to be a place that people can sit in that coffee shop, go up to our restaurant, pop into one of the exhibits, and walk away and just feel good,” Summers said at the opening. “That’s what the Bible is all about.”

Museum officials repeatedly stressed their goal of having the “most technologically advanced museum in the world,” with personalized digital tours and interactive exhibits on the history and impact of the Bible in America and around the world. Summers claimed that “cutting edge” will help the museum take its place as “one of the newest and the brightest stars in the galaxy in the museum world.”

It would be an achievement just to be one of the brightest stars in the D.C. museum world.

“There are easily over 100 (museums) inside the Beltway,” said Kate Gibbs, a spokeswoman for Destination D.C., the city’s travel and visitors bureau. “The Museum of the Bible is one of the rare attractions within blocks of the National Mall that has a suggested donation,” she said, joining the Newseum, the International Spy Museum and a handful of other facilities.

Admission to the Museum of the Bible is ticketed to control crowd flow but the tickets are free. The museum does suggest a $15 donation for visitors, however.

Bongiorno and Singer came to Washington specifically for the museum’s opening, which was filled to near the museum’s capacity of 5,000 visitors a day, said museum spokeswoman Michelle Farmer.

“It’s more than just a museum,” Bongiorno said. “There’s so much beautiful art and interaction – how people’s daily lives were lived back then.”

“It’s real important that people come and see this exhibit,” Singer said. “Our nation was founded on Judeo-Christian principles and we need to keep that going, because it’s starting to slip in America.”

Summers said his hope is that the museum will have a long-lasting impact on the area “way, way beyond our own lives.”