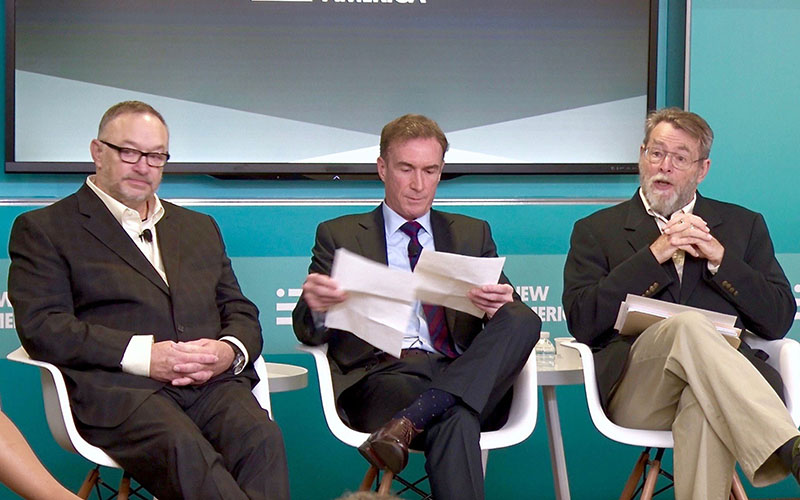 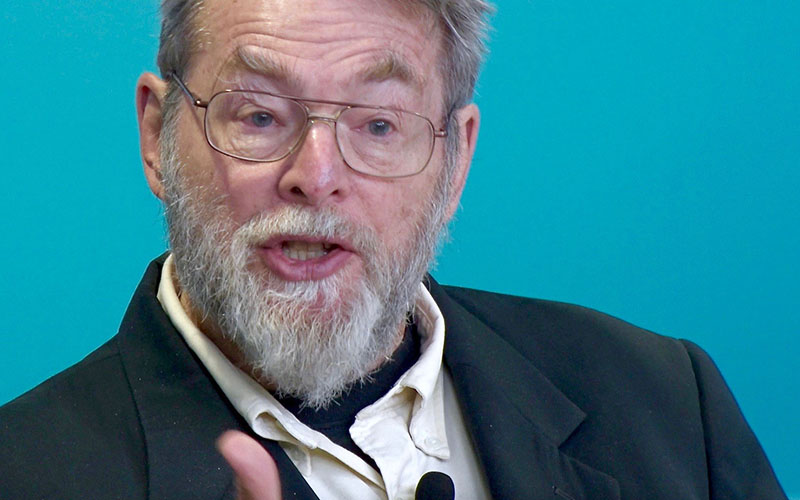 Brad Allenby, a veteran who is now a professor at Arizona State University, said at the Center on the Future of War panel that treatment of veterans has improved but that new challenges continue to emerge with new technologies, like drone warfare. (Photo by Fraser Allan Best/Cronkite News)

WASHINGTON – Brad Allenby remembers being an Army officer during the Vietnam era and watching fellow soldiers return from the war suffering from trauma from what they had experienced there – trauma made worse by their reception at home.

“They come home to a society that calls them ‘baby killers’ and spits on them . . . with the result that we exacerbated moral injury that they might have suffered on the battlefield,” Allenby, now a professor at Arizona State University, said Monday.

The “moral injury” Allenby referred to is a broad term used to describe the negative impact war can have on veterans in civilian life, up to such things as post-traumatic stress disorder. His comments come after a New America forum called “What Have We Done: The Moral Injury of Our Longest Wars.”

Allenby, a professor of engineering and law, is affiliated with the Center on the Future of War, a joint venture between ASU and New America.

Allenby said the reception that Vietnam vets faced when they came home “exacerbated moral injury that they might have suffered on the battlefield” and worsened trauma. He said society has made significant progress in its treatment of vets, but that it takes more than compassion – it takes understanding, the ability to let traumatized veterans know they are not at fault.

“Our effort is to try to walk that fine line between identifying that issue that needs to be addressed,” he said after the panel discussion. “And at the same time making it clear that it’s not their fault, it’s not a disorder. It is an injury just like any other.”

Joel Garreau, another ASU professor affiliated with the center, said that moral injury is nothing new.

“I just learned that the idea of the thousand-yard stare came from Sophocles 2,500 years ago. That was news to me,” said Garreau, who was sitting in the audience at the panel discussion. “That really was a mind-blower.”

While it’s not a new problem, Allenby said that modern warfare technology introduces new concerns for dealing with moral injury. He pointed to drone warfare as one example that could blur the line between serving as a soldier and living as a civilian.

“You’re responsible for, in some cases, for killing an enemy adversary or a combatant. And then you get in your car and you drive home to your family and you’re in the United States,” he said. “What that does is put a lot of psychological stress on the individual.”