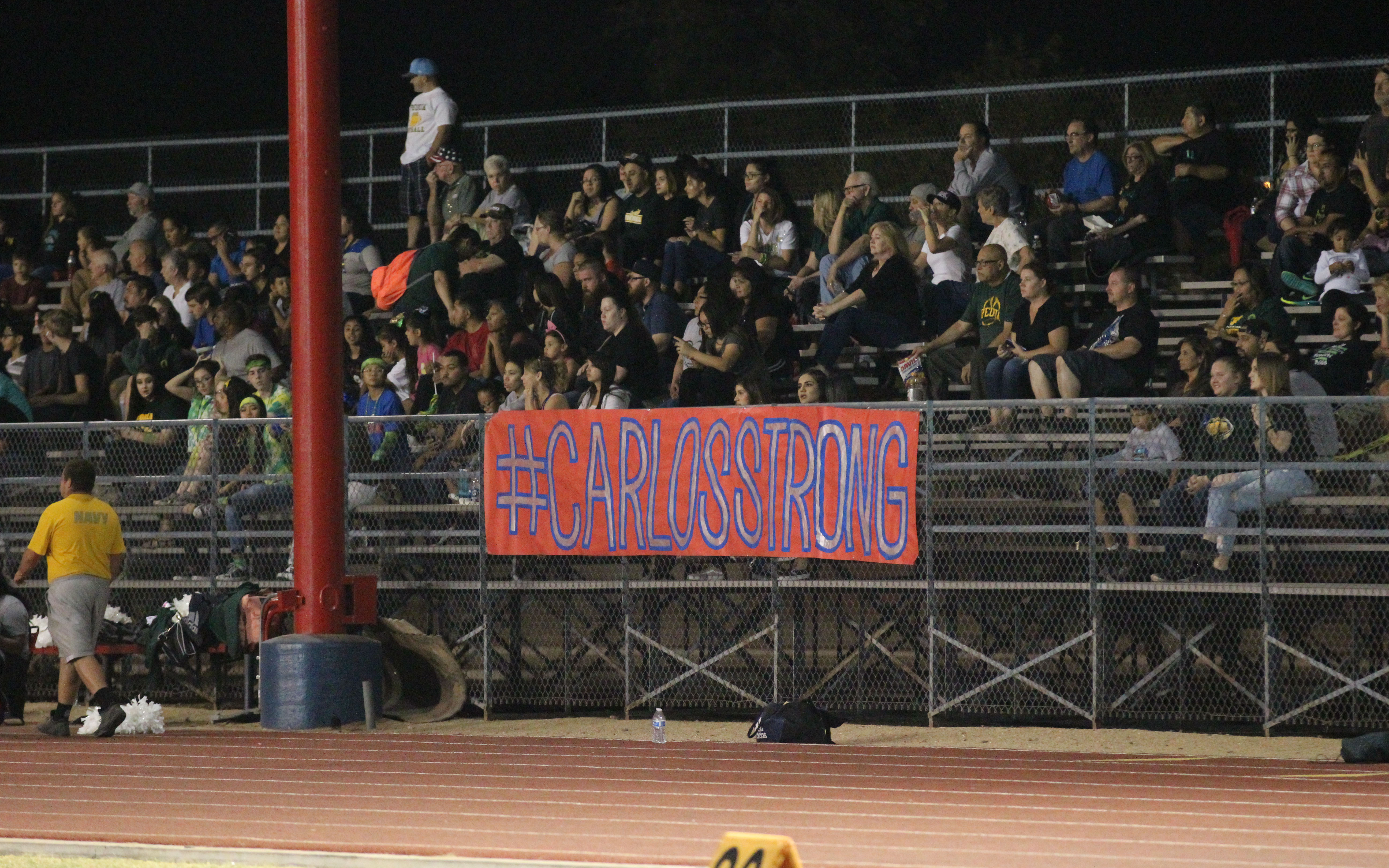 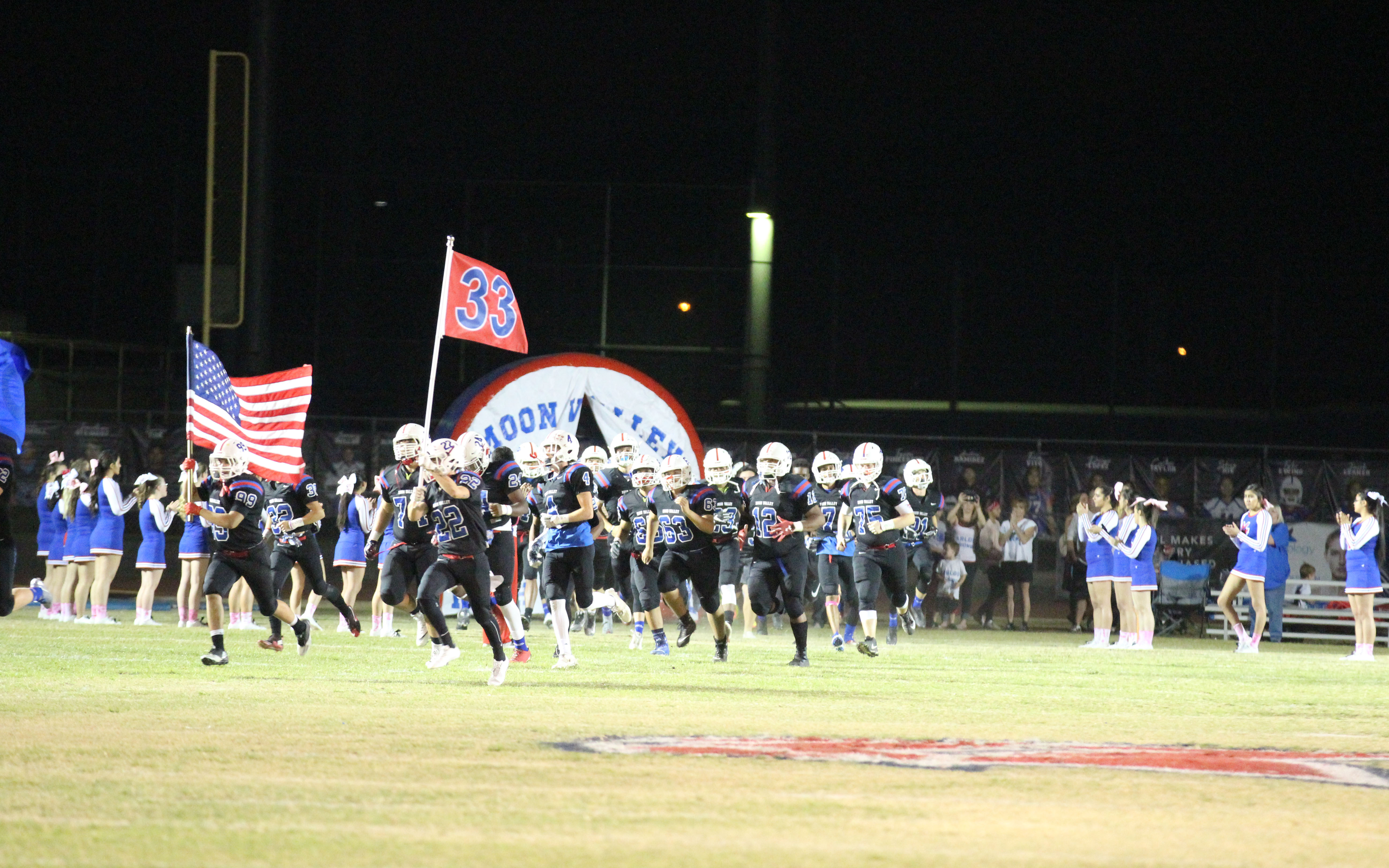 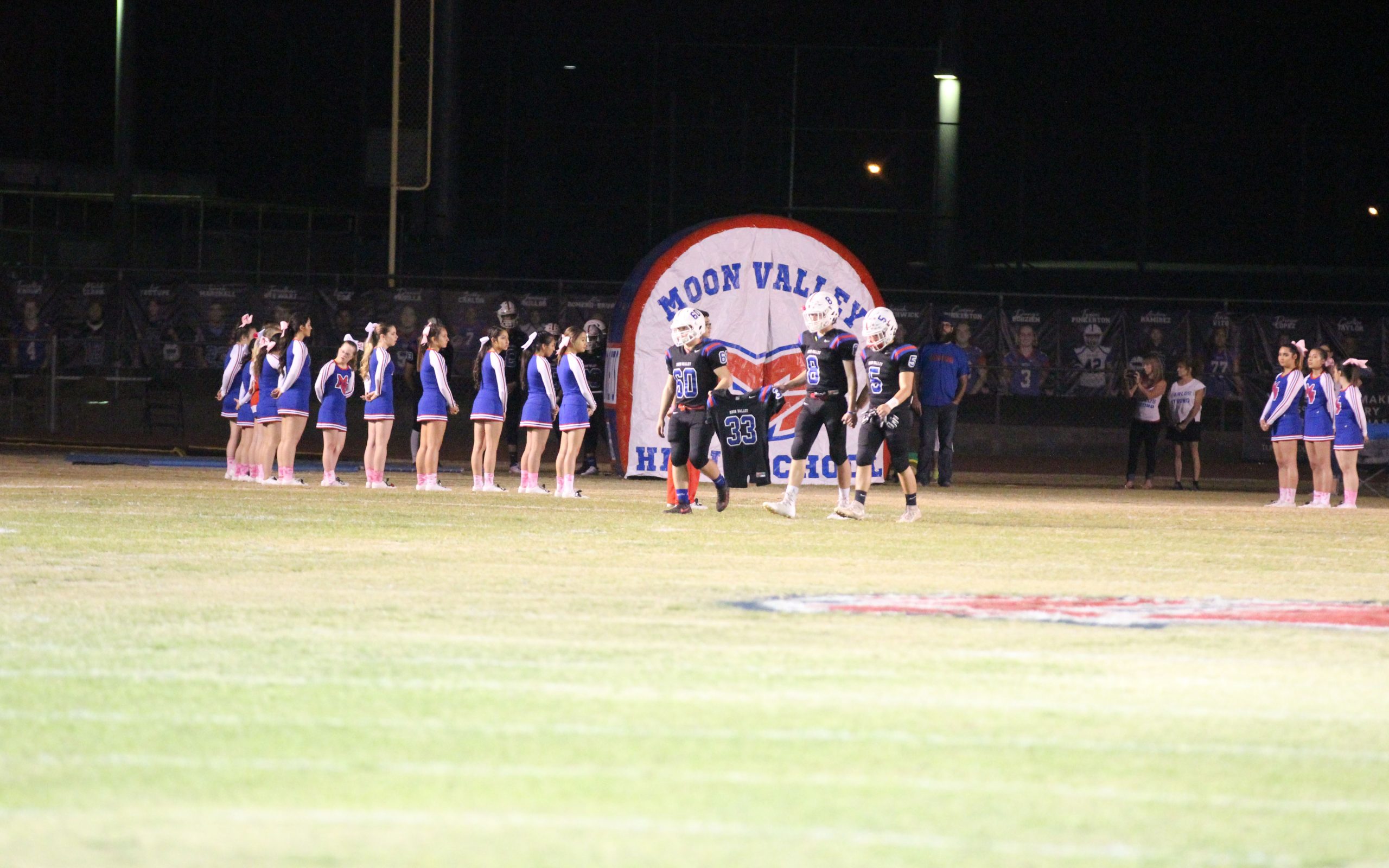 Carlo Sanchez, 16, collapsed after completing a play against Cactus High School on October 20 and passed away later in a local hospital. The Maricopa County Medical Examiner’s Office report said trauma was the immediate cause but a more extensive report would come later.

As Moon Valley prepares to take on Cactus again Friday, this time in the first round of the 2017 AIA Football 4A State Championship, it is difficult for those involved to look past the teams’ last meeting.

Ronnie Williams, a football coach at Ironwood High School, was watching from the stands as his son, a varsity player for Cactus, was playing on the field at the same time Sanchez collapsed.

“What a bad situation to experience, as a parent, coach and a former player,” he said.

Javier Cárdenas, a neurologist and the director of the Barrow Concussion and Brain Injury Center, said blunt-force trauma is “simply not a piercing trauma,” which means the skull and spine were still intact. However, the force from the hit was clearly enough to cause Sanchez to collapse, and eventually die.

Tragic as it is to see, he said the occurrence of deaths on the high school football field are not entirely uncommon across the nation.

“There are usually between five and 10 each year. Last year there were three,” Cárdenas said.

The question for those involved in the football community is how to prevent this type of situation from occurring again.

One way that equipment companies have attempted to counteract the number of severe injuries or deaths is by different sorts of molds, padding, facemasks and more, attempting to keep the head in place or reduce impact.

“There are a ton of new models out. There used to be probably just four or five models per manufacturer, but now it could be as many as10, 11 or more, that all have different features,” said Tony Beam, the executive director of the National Athletic Equipment Reconditioners Association.

Though the new technology and trends in helmet manufacturing may reduce the chance of severe debilitation, Cárdenas said, there is no helmet or padding on the market that can completely prevent head injuries, especially ones that result in paralysis, chronic injuries or even death.

Because many schools do not have the funds to buy new helmets each season, athletic departments depend on reconditioning centers annually to ensure their equipment is in playing shape, and to keep up to date with the latest trends in player safety.

Beam said that when helmets are sent in to NAERA, they are subject to a number of tests. The headgear is initially looked over closely to find dents, cracks, or other deformities. The helmets are broken down into separate parts, cleaned and disinfected.

Following the cleaning and initial inspection, helmets are assembled again, and are subject to further impact tests, including “drop-tests” and impacts of nearly 12 mph against a flat surface, which the NAERA’s website says is more violent than nearly any hit taken on a football field.

Noting that football helmets have roughly a 10-year lifespan, he could not guarantee that helmets sent into any of the 20 licensed NAERA facilities would come out working completely brand new. However, he said that through impact readings and other tests, helmets are rejected and discarded if they are not held to the same regulations as newly bought ones.

“When a helmet comes into a reconditioner, it has to leave in the same condition, meeting the same standards as when it leaves the factory in the first place,” he said.

Though not suggesting that Sanchez had any unobserved brain issues, or had sustained a prior injury, Dr. Amaal Starling, a neurologist at the Mayo Clinic in Scottsdale, said that pre-existing conditions can play a large factor in detrimental reactions to violent contact in sports like football.

“Those who, by genetics or other factors, are more susceptible to other brain issues, such as recurrent migraines for example, are more likely to have more severe reactions to concussions, or may need longer recovery time,” she said.

Different schools and districts require varying amounts of medical attention before and during the season, but football programs are attempting to put more of a focus on brain injuries, hoping to prevent the type of outcome that Sanchez faced against Cactus.

Dr. Starling said she rarely has to tell an athlete to discontinue playing, but suggested that football families get their players checked out before the season. If patients are found to have any of the conditions that could lead to severe reactions to head contact, doctors and patients can have a plan going forward, and can work to prevent injuries from taking place at all.

“We recommend to their families that they get baseline testing. That’s what the NFL and college programs do, and it can help everyone figure out the starting point, and maybe catch some issues early-on, and then we can work with the patient from there,” she said.

A doctor, athletic trainer, or even a coach cannot always be monitoring each individual on the field. Williams said only the athlete, getting up after taking a hit, can really determine how much the injury is affecting them immediately.

As a football coach, and a parent of players himself, knowing when something is wrong with his boys’ bodies is of the utmost importance.

“With this injury, it opened some eyes as to what could happen, nobody knows the severity of it except the player,” he said, “I wanted to tell the kids that this type of thing is a real concern, and that they need to be willing to report their own issues, and not feel bad about letting anybody down.”

Simply put, he said that the love of the players’ livelihood and health has to come before getting out and playing another down or game on the football field.

“This is football for four years, what happens for four months out of the year,” he said. “But after that is the rest of your life. As a parent, if you don’t get that, you lose somebody you can’t replace.”