He was 6 years old when, as a girl, he wore dresses to family weddings, sobbing, relying on his mother’s promise they could burn the dresses when he returned home. He lost a good friend when he revealed his thoughts to her in middle school. And, after agonizing his way through puberty and an exploration of his sexual identity, at age 14 he began making his way toward his true self.

About one in 200 people, including children, are transgender in the U.S., according to the Arizona Trans Youth and Parent Organization. The journey for Staas, now a 19-year-old college student, was marked with ridicule and support, unwanted puberty and a freeing but difficult change to a new body.

He is fortunate to have a good life ahead of him, he said. One Phoenix doctor said four of every 10 transgender youths who lack emotional and mental support attempt suicide.

As a child, Staas still identified as a girl, but never had any interest in dressing or acting like one. There was always a part of him that suspected he was a boy.

“It was just kind of a natural thing. It was always there,” Staas said. 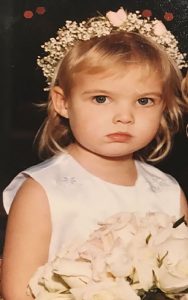 Sam Staas as a child. He said he used to cry when he was forced to wear a dress at weddings. (Photo courtesy of Tami Staas)

“There was a wedding, a couple weddings, that I had to wear a dress and it was just absolutely miserable. I would cry and throw a fit. I think the only way for my mom to get me to wear them was like okay, if you wear this we can go home and burn it,” Staas said.

There were other clothing dilemmas. His grandparents sent him pink clothes he wouldn’t wear, preferring boy’s shorts, underwear and swim trunks.

But even as aunts, uncles and grandparents expressed their discomfort, his mother, Tami, father and brother supported Staas.

“There would be times when my two kids would be sitting in the bathtub and Bo, my youngest, would look up at him and touch his face and say ‘brother.’ And I’d say ‘no, that’s your sister’ and he’d say, ‘No, brother,'” Tami Staas said.

Nearly 1.5 million transgender people live in the United States, including 30,000 Arizona adults and children, according to a study from the Williams Institute.

“Any chance we have to humanize our kids and to let people know it’s not just one kid in Virginia or one story in Texas, or that they all live in Vermont or Oregon” shows “there are transgender kids all over the place,” said Robert Chevaleau, president of the Arizona trans youth organization.

Clothes turned out to be the easy part of Sam Staas’ identity struggles. Then, puberty hit. A menstrual period arrived.

“The day that it started was probably one of the most traumatic days at my house. It was horrible, it was horrible,” Tami Staas said. “I look back now and there’s mistakes that I made. Like, oh well, he’s just not embracing his femininity. Or this is what being a woman is all about, embrace all that.”

“I look back now and that was the stupidest thing I could have ever said.”

Sam Staas said he had grown up thinking he might really a boy. Middle school placed him in the middle of an emotional swirl as his body changed.

“I came out as lesbian and it never sat right with me,” he said. “I was really uncomfortable, like telling people I was lesbian or when people said ‘she’ or ‘her.’ Every time they said that I just couldn’t breathe.” 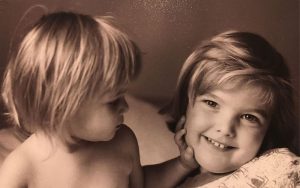 Sam Staas said his mother, father and brother supported him, which kept him from going under.

He mentioned to a good friend, a fellow eighth grader, that perhaps he could be a boy.

“Well, you’re not a boy and you never will be,” she answered. “And I can’t be your friend.”

“I was trying to still have all these friends but repress this feeling that something is absolutely not right with my body and everything going on around me is wrong,” Sam Staas said. “But it’s losing a friend. Instantly we didn’t talk anymore, we didn’t hang out. It was really heartbreaking, especially for someone in such an emotional state of puberty.”

Dr. Vinny Chulani, of Phoenix Children’s Hospital’s transgender management program, said having support from family and friends makes all the difference in the social and health outcomes of transgender children. Chulani and Tami Staas, who is a board member with the Arizona trans youth group, said 40 percent of youths who don’t get emotional and mental support attempt suicide.

“It drops to four percent in supportive environments, so it’s a big deal to support these kids, a big deal to have their backs,” Tami Staas said.

Tami Staas, Sam’s mom, said the One-n-Ten program helped her son to transform his life. The program advocates for LGBTQ youths and encourages them to accept and express themselves. When her son had his identity crisis, his mother took him to a program camp.

“I dropped off my depressed, lesbian daughter and three days later I picked up my ecstatic, over-the-moon transgender son. It was like that. He went to a trans 101 panel and then he got in the car. He was, ‘I want hormones, I want top surgery and I want a name change,'” she said. 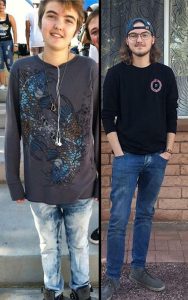 The family agreed with his decision.  But his extended family continued to question his choice.

“When I came out my family basically said, ‘we can’t accept you,'” Sam Staas said.

Many of his aunts would ask his mother how she could allow her child to be transgender.

“My comment was, ‘Have you met my kid? Have you really sat down and talked to my child? Because if you did you would know this isn’t a ‘letting.’ This is who he is,” Tami Staas said.

A study from the American Psychological Association says people can realize their transgender identity at any age.

“Some can trace their transgender identities and feelings back to their earliest memories. They may have vague feelings of ‘not fitting in’ with people of their assigned sex or specific wishes to be something other than their assigned sex,” the study says.

Sam Staas said he knew his own mind.

“I don’t think there is a certain age you can come out. It’s never too early,” he said.

It was too late for Staas to start many of the easier and cheaper transition options, like hormone blockers, because he had already started puberty.

He wore a chest binder every day to be more secure in his body. The binder gave him a more masculine-looking chest. It was tight but freed him emotionally.

“The first couple weeks wearing it I couldn’t breathe and it was a nightmare. But I did it to feel comfortable,” he said.

He also began weekly testosterone injections and had surgery to remove his breasts.

Transition is costly. According to the Female to Male Surgery Network, without insurance top surgery can cost at least $3,500 to $9,000. Testosterone injections can cost $40 to $400 a month. While insurance covered some costs, Tami Staas, in an email, said the family has spent an estimated $20,000.

And there are other changes necessary beyond the physical.

Chulani believes a lot of progress can be made in schools to make the transition a bit easier for transgender youths. Basic things like using the bathroom for the gender they identify with or being called by their preferred pronoun are major issues.

“I work with a lot of children and teenagers who tell me they purposely choose not to go to the restroom because of this. You’re talking about a basic human function,” Chulani said.

Bathroom use and gender pronouns also are some of the most controversial as transgender people battle for acceptance. Sam Staas said issues with the school he was attending included what pronoun and name could be on his ID, what bathroom he could use and being told he couldn’t participate in a gender week between girls and boys at the school.

Transgender youths in Arizona are gaining resources to help. Besides the Arizona Trans Youth and Parent Organization, the transgender program at the children’s hospital offers the Gender Management Service Resource Guide. Doctors answer questions from children or parents, detail the process a transgender child can go through and list other resources.  Other groups are Equality Arizona, Southern Arizona Gender Alliance, and Trans Spectrum of Arizona.

Sam Staas said the internet was a great resource for him through an emotional time. Many people going through transition post videos on YouTube to document their emotional and physical journey.

“I watched a lot of YouTube videos going into high school,” he said. “It made me more comfortable with things.”

He also found online transgender support groups that got him through the hard times.

Tami Staas can see her son is happy.

“I remember the first chin hairs that showed up and the first facial hair. That was pretty awesome,” she said. As he shaved one day, he was impatient for his beard to grow in.

“It’s been really cool to see him become who he is, and that confidence that grows with it every day,” Tami Staas said. 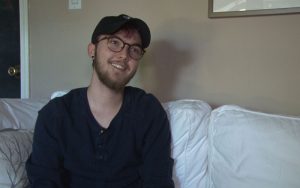 Sam Staas is happy with where his life has taken him.
(Photo by Mia Atkins/Cronkite News)

Sam Staas has friends in the transgender community and is still close with the few friends who stuck with him through his transition. He is studying ceramics at Arizona State University and hopes to open a studio one day. His extended family has come to terms with who he is and they are able to be together as a family again.

“I know too many people who have gone through horrible situations, getting kicked out of their house, not having anyone to look to,” he said. “They held out, they struggled a lot, but they’re now living on their own, working on minimum wage. They have a car, they have a job, they’re getting toward surgery.”

You can, he said, get to the other side, to a good life.