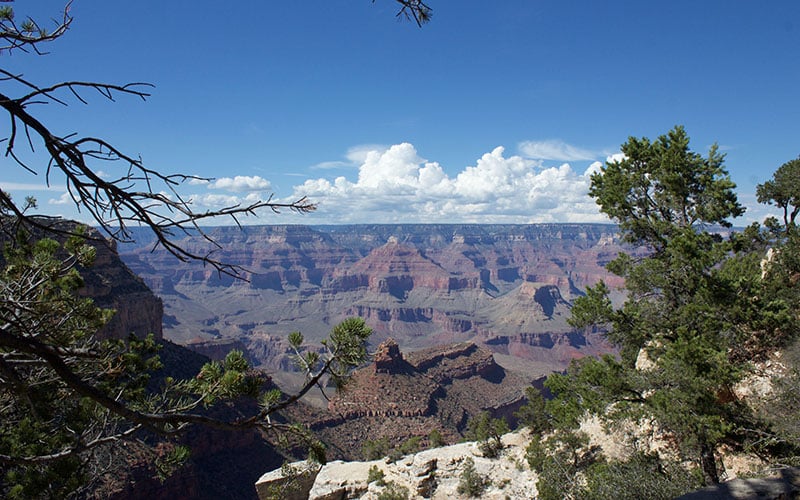 The recommendation to lift a 20-year moratorium on new uranium mining claims on 1 million acres of federal lands around the Grand Canyon was in response to President Donald Trump’s order to agencies to review policies that might hinder U.S. energy development. (Photo by Devin Conley/Cronkite News)

WASHINGTON – The Trump administration may reverse a 20-year moratorium on new uranium mining claims on 1 million acres around the Grand Canyon, a move that environmental groups said could lead to long-term harm to water quality and wildlife in the region.

The recommendation was one of 15 released Wednesday by the Agriculture Department in response to a March executive order that directed federal agencies to review policies that could hinder energy development on U.S. public lands.

Critics blasted the recommendation as a “sham,” with Rep. Raul Grijalva, D-Tucson, charging it could turn the Grand Canyon into a “strip mine.”

Rep. Tom O’Halleran, D-Sedona, disagreed, saying that to call this “a step back is an understatement.”

“The thought of reversing that ban and opening the area up to uranium mining is indefensible,” O’Halleran said in a statement. “The administration should be focused on cleaning up the hundreds of uranium mines still contaminating northern Arizona communities.”

The mining moratorium was imposed in 2012 by Interior Secretary Ken Salazar. It did not affect existing claims, but barred new mining claims for 20 years.

The USDA said recommendations outlined in the report would save time and money without violating current environmental regulations.

“Based on its review, the Forest Service recommends parts of 15 agency actions either be revised or rescinded,” USDA spokesman Mike Illenberg said in a statement. “The Forest Service’s recommendations are associated with improving efficiencies, streamlining actions, or clarifying policies that would translate to indirect time and cost savings for the domestic energy industry while maintaining environmental protections.”

But Allison Melton, an attorney at the Center for Biological Diversity, called the review a “sham.” She said that studies supporting the original mining ban showed concern for groundwater contamination. Melton also said the review Trump ordered was uncalled for, citing existing mining rights in the million acres that already allow uranium mines to move forward under the ban.

“Overall, it’s entirely unsupported and I think it demonstrates that this administration is not interested in what’s actually best for the public and for tribes – it’s interested in what its industry cronies are telling it to do,” Melton said. Environmental damage from a mine could “last for lifetimes,” she said.

Amber Reimondo, energy program director at the Grand Canyon Trust, said groundwater contamination near the Grand Canyon could drive members of the Havasupai Tribe out of their village. Without the time to study the potential impact of mines in the area, which the ban provided, Reimondo said that shortening the ban would be a “gamble that they won’t negatively impact the lands, waters and ecosystems that are in the Grand Canyon.”

Grijalva, the senior Democrat on the House Natural Resources Committee, said in a statement Wednesday that the recommendation was just another move by President Donald Trump to “spite President Obama’s legacy.”