Doan, Majerle among 5 inducted into Arizona Sports Hall of Fame 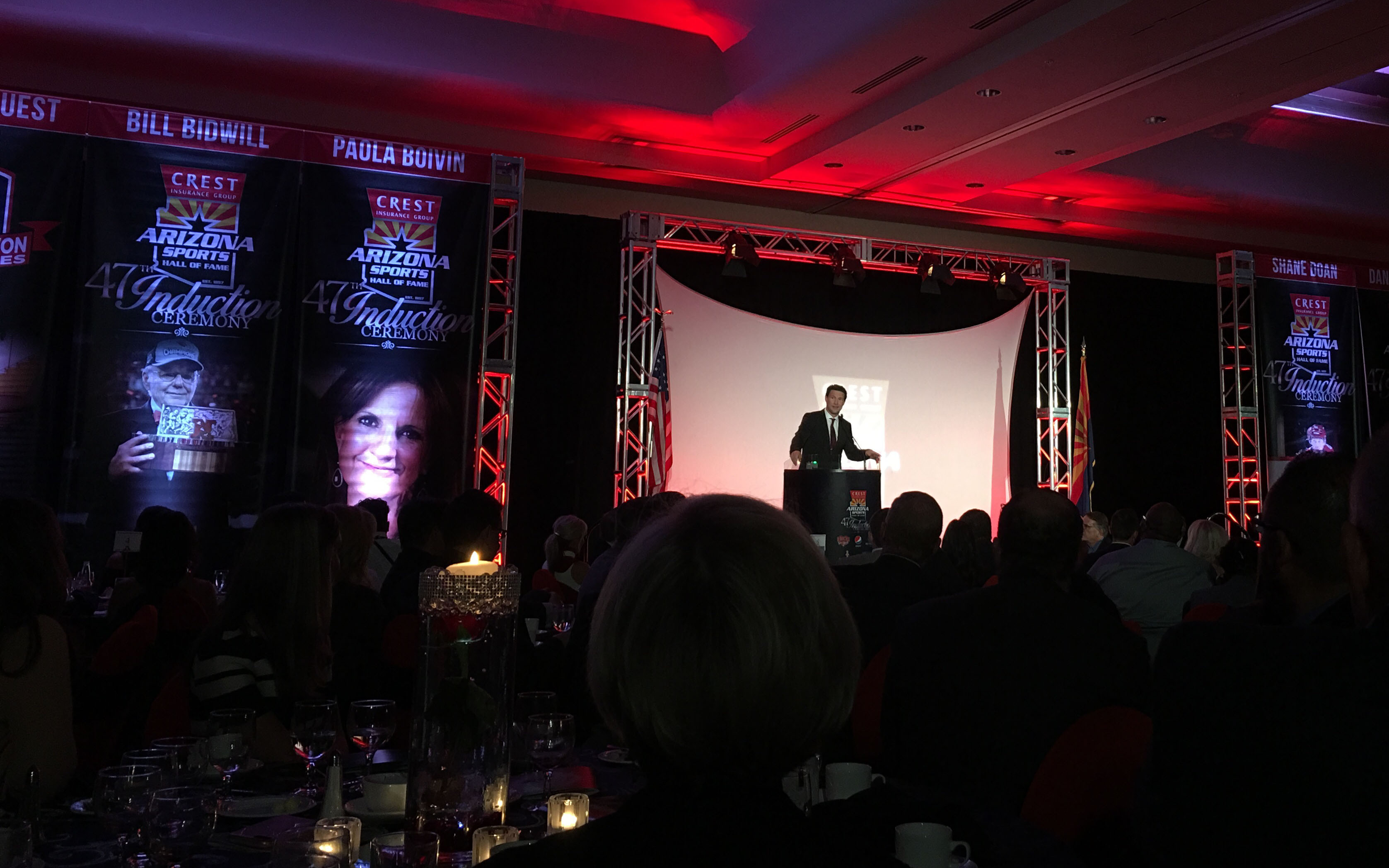 PARADISE VALLEY — Anthony Robles was born with just one leg. But he never let that hold him back.

“When writing the story of your life, don’t let anyone else hold the pen,” Robles said Wednesday, during his speech at the 47th Arizona Sports Hall of Fame induction ceremony.

Robles wrote a remarkable story of his own, becoming a high-level collegiate wrestler who finished his career winning the NCAA Wrestling Championship in the 125-pound weight class.

He was among five new members of the Arizona Sports Hall of Fame, in a class which also included Shane Doan, Dan Majerle, Paola Boivin and Bill Bidwill.

The three-time NBA All-Star said he still remembers the jeers after being drafted by Phoenix in 1988, but laughed when he said that in the nearly 30 years since that night, nobody has admitted to being one of the people upset with his selection.

“I still haven’t met one person who booed,” he said jokingly. But he was serious in his appreciation for his coaches and those who influenced his career.

“Why have I been able to do the things I do? It’s because you have to surround yourself with really good people who make you better,” he said.

Doan played 21 seasons for the Arizona Coyotes organization. He retired in August as the franchise’s all-time leader in games played (1,540), goals (402) and assists (570). The franchise drafted him seventh overall in 1995, when it was located in Winnipeg.

Doan said he was honored to be included among the class that entered the Hall of Fame Wednesday night.

“One of my favorite sayings is that you can measure a man by the company he keeps. And I’m pretty lucky because when you measure that group I’m pretty blessed,” he said.

In her speech, she spoke about the importance of young girls getting involved in sports, acknowledging those who have told her how she motivated them to pursue their own interests as well as calling on parents to introduce their daughters to the world of athletics.

“If you have a daughter, even if she’s not athletic, encourage her to go into sports. Honestly, because the best thing about sports is that it gives females ideas about a great body image,” she said.

Michael Bidwill accepted his father’s award on his behalf. The elder Bidwill has held sole ownership of the team since 1972 when the franchise was in St. Louis.

He moved the team to Arizona in 1988 and played an integral role in the development of the Cardinals’ current home University of Phoenix Stadium, which opened in 2006. In addition to hosting Cardinals, the stadium has hosted two Super Bowls, the NCAA Final Four, college football championship games, and multiple other high-level concerts, entertainment and sporting events.