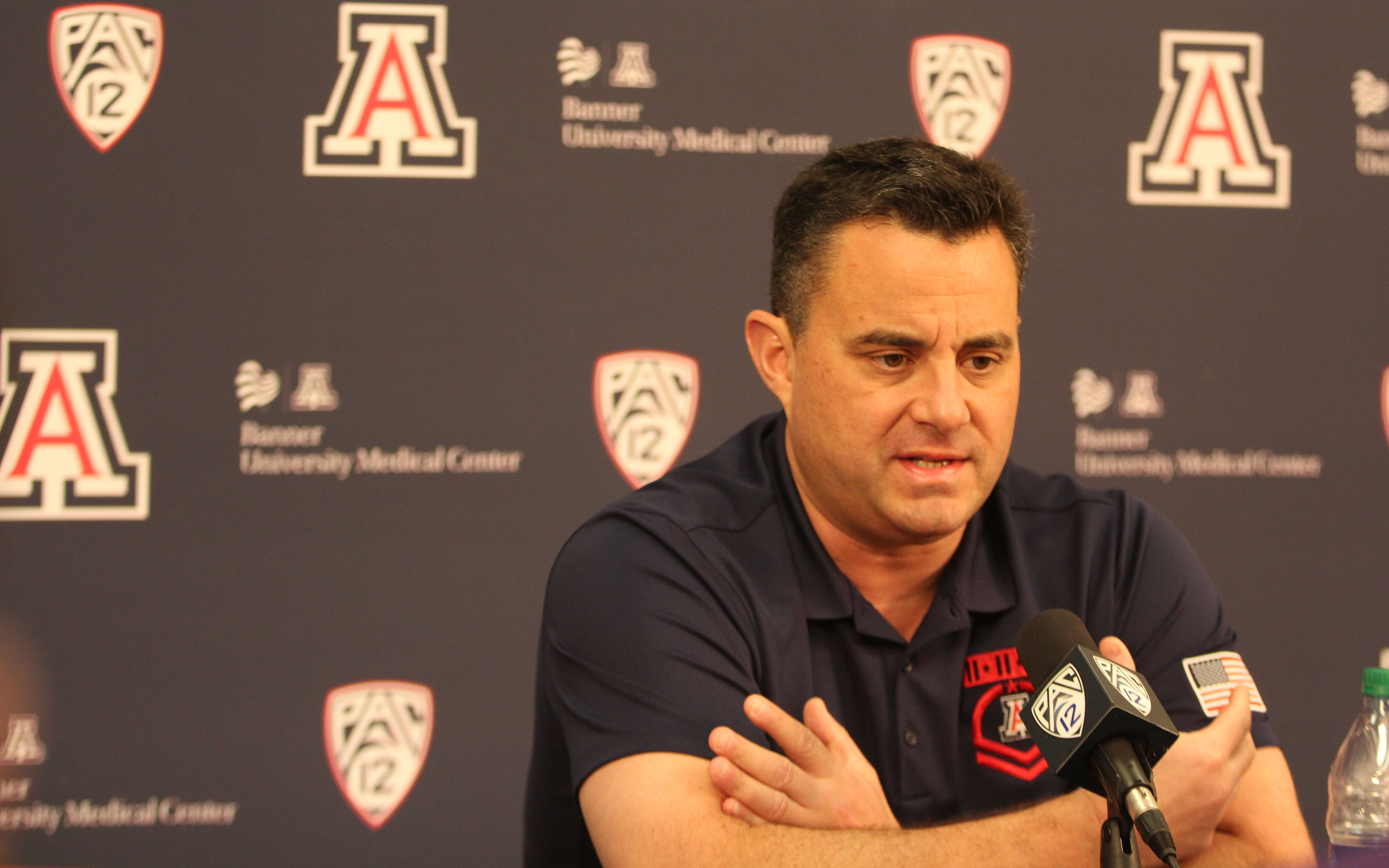 University of Arizona men’s basketball coach Sean Miller addressing the media on Tuesday ahead of their game on Wednesday against Eastern New Mexico. (Photo by Kevin Palacios / Cronkite News)

TUCSON — With the offseason dominated by talk of an FBI investigation, the Arizona men’s basketball team is happy to shift the topic of conversation.

“I think our guys are itching (like a lot of college teams) just to play a game and play against someone else,” Wildcats coach Sean Miller said Tuesday. “Get back out there in front of our crowd. We look forward to doing that.”

Arizona hosts Eastern Mexico at 7 p.m. tonight in McKale Center, the first of two exhibition games the Wildcats will play before facing Northern Arizona in the season opener.

Miller was asked if there was a possibility, because of the investigations that led to the arrest of assistant coach Book Richardson, that any players would be held out.

“Next question,” he said.

“We’re right now totally committed to having the best season we can have. We’re working on it every day.”

Arizona will be without guards Rawle Alkins, Dylan Smith and Parker Jackson-Cartwright against Eastern New Mexico but the rest of the team will be available to play.

“I listen to Brian Kelly, football coach at Notre Dame, talking about some of the adjustments he felt he needed to make to maybe empower their program moving forward,” Miller said. “For us, (it’s) becoming a more comfortable team offensively regardless of what defense the other team plays.”

Alkins is five weeks removed from having surgery to repair a fractured bone in his right foot. Miller anticipates that Alkins will return to the lineup sometime in December but didn’t give a more specific timetable.

Jackson-Cartwright sustained an ankle injury last week and won’t play against Eastern New Mexico. Miller views playing him as an “unnecessary risk” and expects him to be available against Chico State.

Smith violated unspecified team rules and will not play in either exhibition game or in the season opener against NAU.

Arizona finished the 2016-17 season with a 32-5 record and won the Pac-12 men’s basketball tournament. In the NCAA Tournament, Arizona made it to the Sweet 16 but was eliminated by Xavier 73-71.

The Wildcats will host their second exhibition game against Chico State on Sunday before kicking off the season at home against Northern Arizona State on Nov. 10.