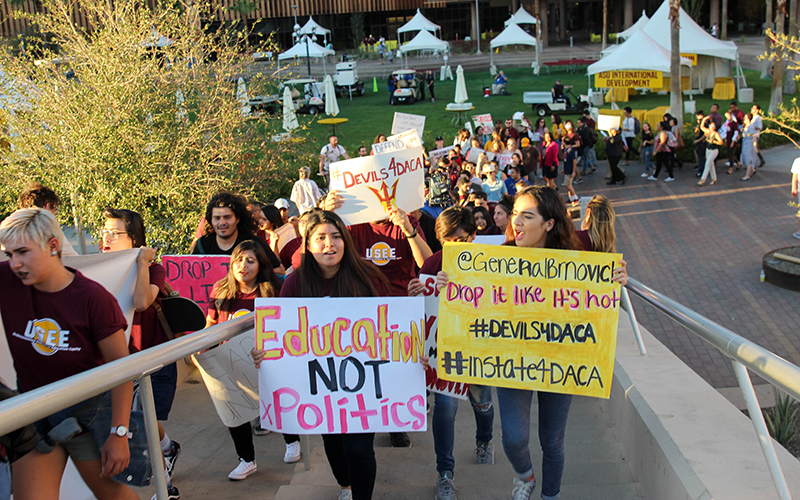 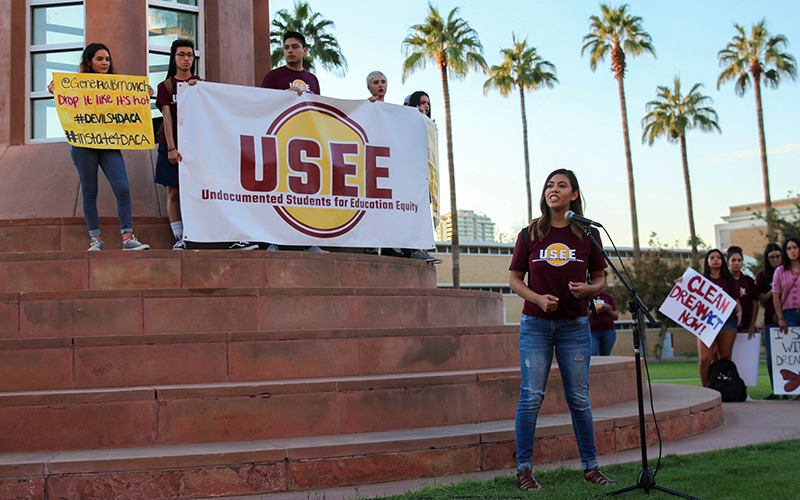 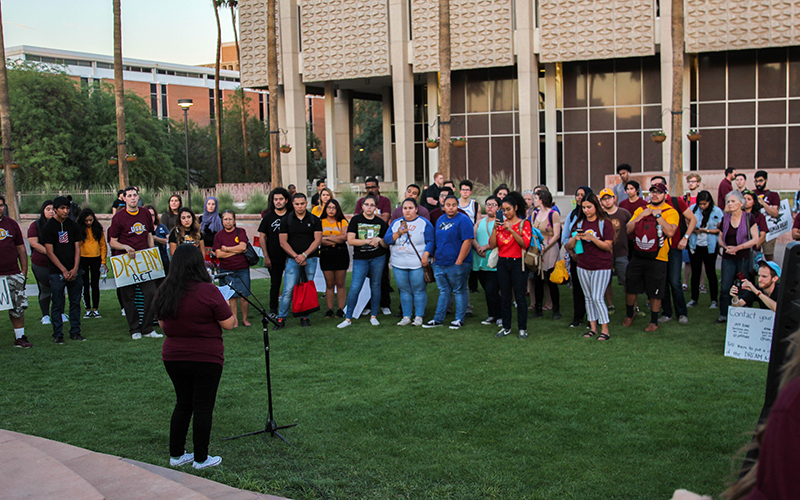 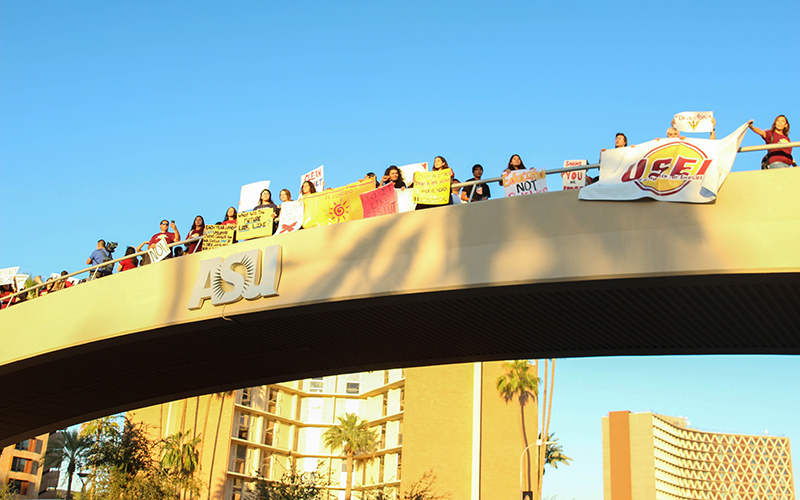 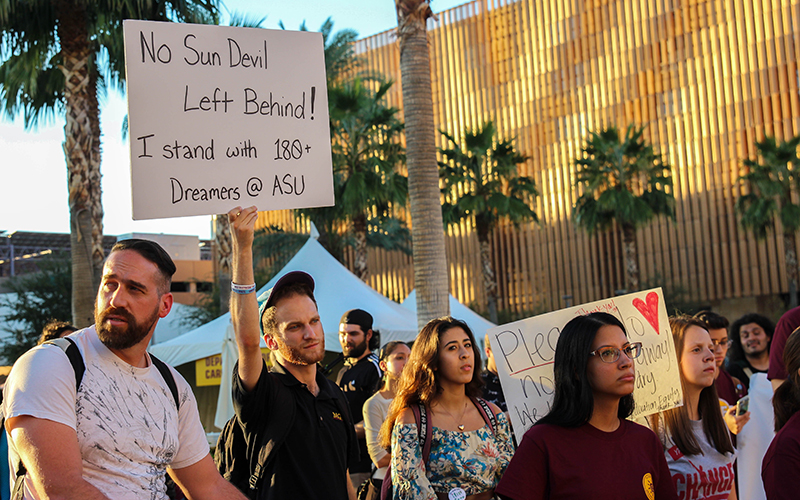 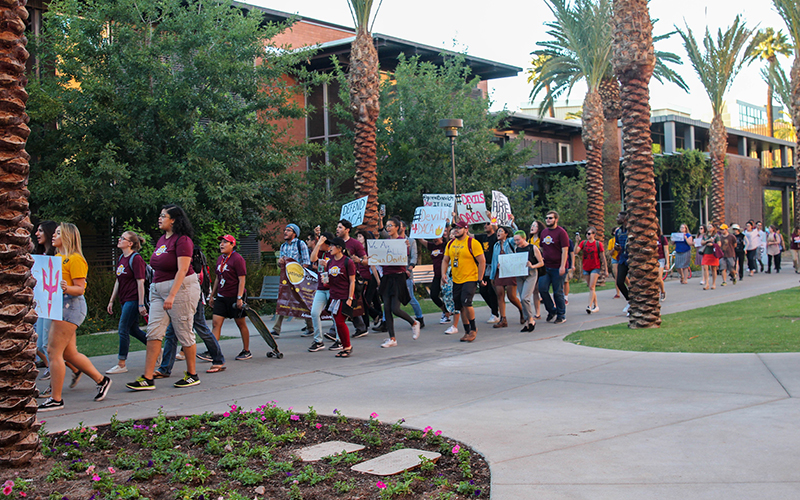 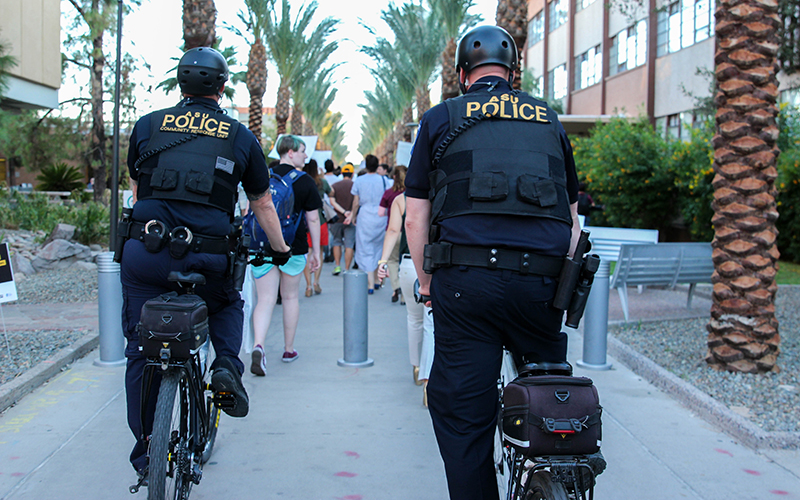 DREAMers in Arizona, however, faced a second hurdle, when three days after the announcement, Arizona Attorney General Mark Brnovich sued the Arizona Board of Regents for offering in-state tuition to students who are recipients of the Deferred Action for Childhood Arrivals program, or DACA.

“What we’re really trying to say is we want Brnovich to drop the lawsuit. If we still have DACA, we still have the requirements to be able to have in-state tuition,” ASU freshman Perla Martinez said.

Brnovich’s lawsuit against the Regents states their “tuition-setting policy” is unconstitutional and addresses “three types of unlawful conduct.”

First, it says the universities have unlawfully raised tuition costs over the past 15 years, with increases that are close to four times higher, violating the state’s mandate that public education should be “as nearly free as possible.” The second claim is that universities charge students other fees such as recreation, technology and athletics, which are not academic.

The third point states that the Regents are “causing the illegal expenditure of public monies” by charging in-state tuition to DACA students, and are in violation of Proposition 300 ‒ a law passed in 2006 by 71 percent of Arizona voters, which conditioned in-state tuition, among other things, to a “lawful immigration status.” 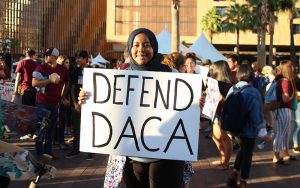 “These are people just like me. They are Americans, just without the papers,” said Tabark Abdelhabib, 19. (Photo by Andrea Jaramillo Valencia/Cronkite News)

According to the National Conference of State Legislatures, 16 state legislatures, four university systems and Washington D.C. currently allow undocumented students to have access to in-state tuition.

After President Barack Obama signed the executive order to enact DACA in 2012, DREAMers in Arizona began a legal battle to demonstrate that having DACA meant they were lawfully present in the country, and therefore were eligible for in-state tuition.

After the ruling, the Regents followed, and the three state universities offered in-state tuition to DACA recipients as well.

But not long after the ruling, Brnovich took the case to the Arizona Court of Appeals, which overturned Anderson’s decision this June.

“We’ve been fighting this for a long time. In-state tuition was a big battle, driver’s license was a big battle, too,” said Dan O’Neal, stepfather of Belen Sisa, the ASU DREAMer who made national headlines after her Facebook message about undocumented students paying taxes went viral. 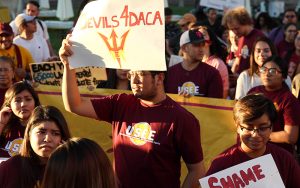 O’Neal was referring to another long legal battle for Arizona DREAMers, after they fought to obtain driver’s licenses and won in 2014.

Brnovich’s latest lawsuit came after he warned the Board of Regents about a potential lawsuit if they didn’t follow the appeals court decision. But the Regents stated they will continue to offer in-state tuition rates to DACA recipients until the Arizona Supreme Court makes a final ruling.

“Our futures are really on the line right now, we don’t want to be used as a political tool to get passed an immigration agenda, we honestly just want the right to have an education,” Martinez said.

Martinez, 18, is a computer science student at ASU. She said her parents saved for a year in order to pay for her first year of college. She is currently looking for private scholarships to pay for her second year. She was still in high school when other DREAMers were advocating for in-state tuition in 2015.

“I was really excited because I knew I was going to have a greater chance to get my education, that’s the main reason why I came to this country, for a better life and to get an education,” Martinez said.