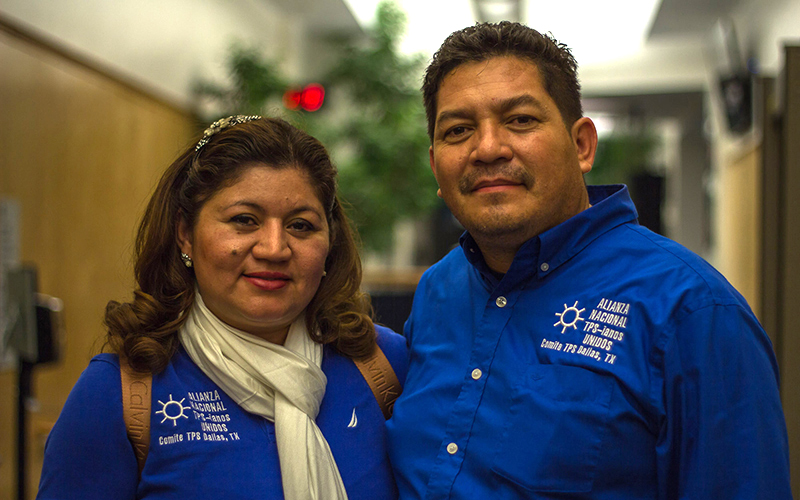 Edwin Murillo and Mily Rivas traveled to Washington from Dallas because they worry about what will happen to their two American-born children if Murillo and Rivas lose their protected status. (Photo by Adrienne St. Clair/Cronkite News) 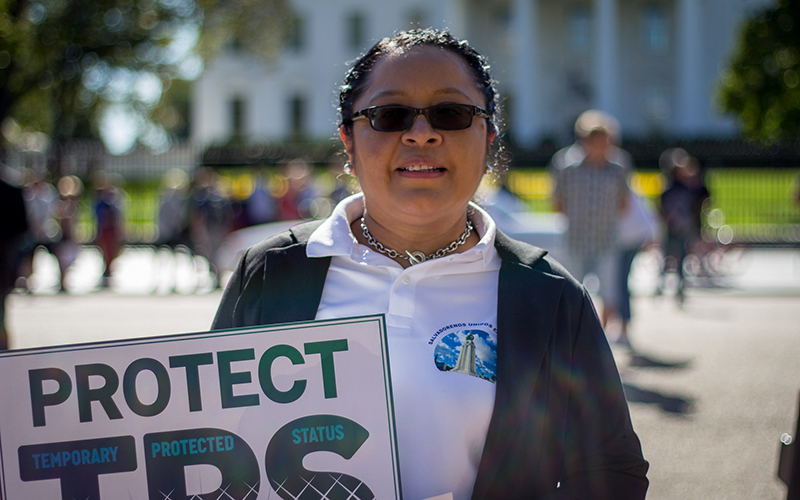 Arizona resident Yesenia Chavarria, is one of 1,000 TPS-protected Salvadorans in Arizona who face potential deportation. She joined others in Washington to lobby in support of the program. (Photo by Adrienne St. Clair/Cronkite News) 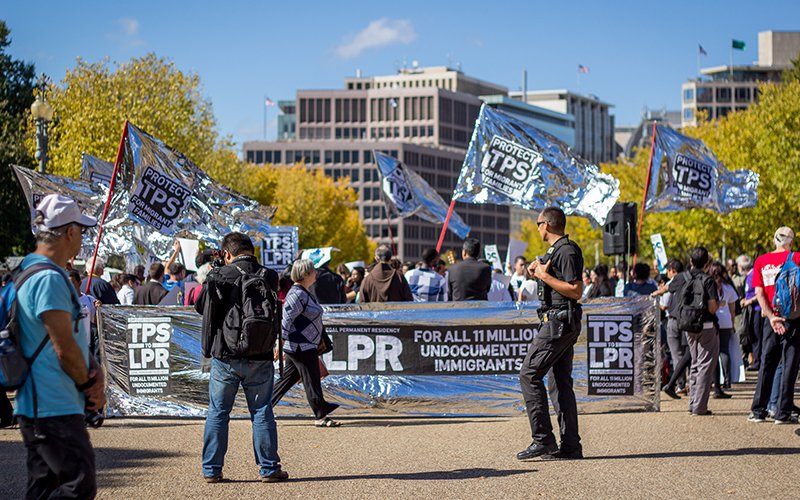 Scores of immigrants rallied outside the White House to extend the TPS program, which currently protects immigrants from 10 countries from deportation. (Photo by Adrienne St. Clair/Cronkite News)

Immigrants with temporary protective status lobbied outside the White House on Tuesday for an extension of the TPS program, which faces expiration under the Trump administration. (Photo by Adrienne St. Clair/Cronkite News) 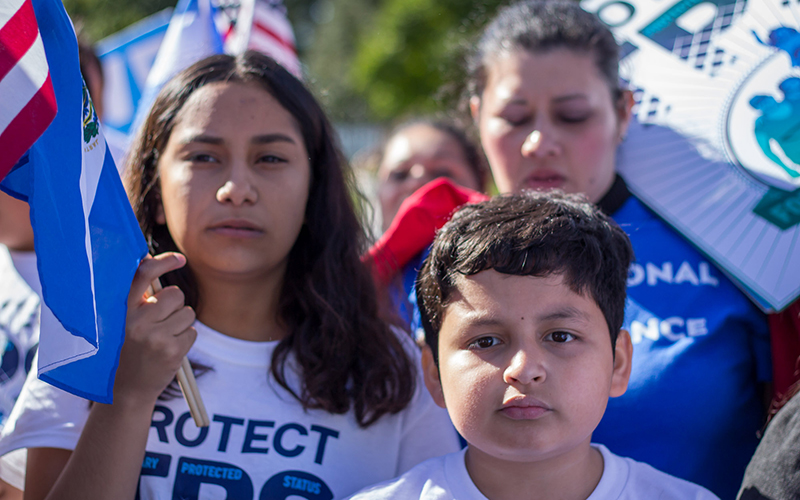 Parents with TPS often have American-born children and worry what will happen to their families if the TPS program isn’t renewed and they wind up being deported. (Photo by Adrienne St. Clair/Cronkite News)

Our theme song is “Zoo Bells” by Roddy Nikpour.

Close to 440,000 immigrants are currently covered by TPS, which allows people to seek refuge in the United States for as long as 18 months if their home country is ravaged by war or violence, hit by natural disasters or grappling with some other inherent danger.

The Department of Homeland Security reviews the status of those countries every six to 18 months to determine if the situation back home has changed — or if their citizens should be allowed to stay here a while longer.

Currently, immigrants from 10 counties have TPS protection. But with countries coming up for review, immigrants protected by TPS fear the Trump administration will begin to revoke that status — leaving them, like DACA recipients, in danger of being deported from the country where many have lived for years and built lives, businesses and families.

People from Honduras and Nicaragua will be notified Nov. 5 if they will lose their temporary status, a decision that others in the program – including at least 1,100 in Arizona – will be looking to for clues about their own fates.

In this episode, we’ll explain the program and introduce you to people who are covered by TPS, explain its relationship to DACA and why people under this status have been taking to the streets of Washington voicing their concerns.

The clock is still ticking on DACA — and TPS.