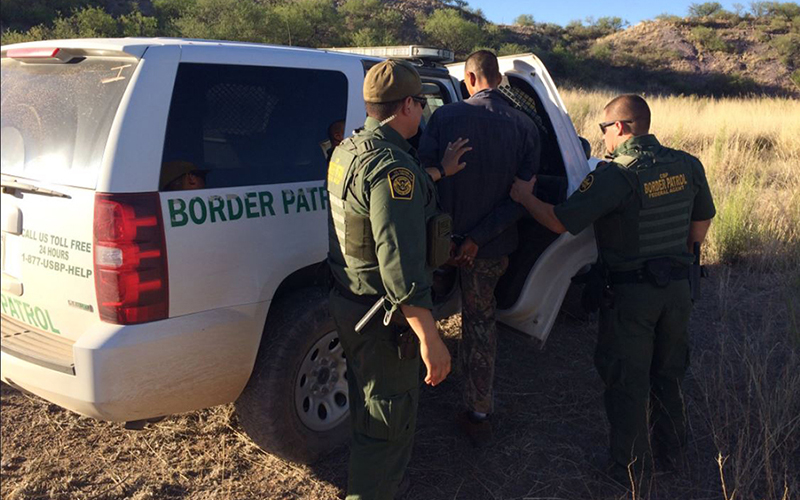 WASHINGTON – Phoenix Assistant City Manager Milton Dohoney joined local officials from across the country Tuesday who said it’s not their job to do the work of federal immigration authorities.

Dohoney joined state and local officials on a conference call in which they said that helping federal agencies in raids and in “rounding people up for deportation” would divert from local priorities and damage community trust, which is vital to local policing.

“We’re not trying to supplement ourselves or replace what we do … as if we were federal officials,” Dohoney said on the call organized by the International City/County Management Association. “We’re trying to build trust.”

Dohoney and others on the call said that having local authorities assist in the enforcement of federal immigration law would have a “negative impact” on communities.

“For us to solve criminal matters, we need information from the public,” Dohoney said.

But in a statement Tuesday, an official with U.S. Immigration and Customs Enforcement said that it was a failure to cooperate with federal officials that would hurt public safety, not cooperation as the local officials claimed.

“ICE’s goal is to build cooperative, respectful relationships with our law enforcement partners to help prevent dangerous criminal aliens from being released back onto the streets to potentially victimize our communities,” ICE spokeswoman Yasmeen Pitts O’Keefe said in the statement. “Non-cooperation policies severely undermine that effort at the expense of public safety.”

Calling for a greater local role in immigration was one of the first things President Donald Trump did after taking office in January.

Trump issued an executive order on Jan. 25 that called on federal agencies to “empower state and local law enforcement agencies across the country to perform the functions of an immigration officer” to the maximum extent permitted by law.” That included helping in the “investigation, apprehension, or detention of aliens.”

Rosalinda Gold, a senior director for the National Association of Latino Elected and Appointed Officials, said the administration has been disrespectful to the immigrant community.

“Many of our elected leaders are very angry with the current administration,” said Gold, who echoed the complaint that aiding federal immigration enforcement “diverts resources away from the concerns of local law enforcement.”

Immigration is “an issue that has been with cities literally since the beginning,” said Ron Carlee, director of the Center for Regional Excellence at Old Dominion University.

But Carlee said on the call that state and local agencies do not enforce “complicated” immigration laws, just as when they make a traffic stop, “they don’t ask to see their income tax returns” to enforce federal tax law.

Carlee said that Phoenix “has almost been ground-zero for immigration,” calling the city a “welcoming” place that provides for all its citizens.

Dohoney said Phoenix government is working on providing “clear communication” to residents, so that they know what to expect from police and public safety services.

Phoenix closely reviews federal orders and grants, Dohoney said, and “there are certain things we won’t do” even if it means risking the loss of federal dollars. “Our role is to serve the local community,” he said.

For example, Phoenix police have a “contractual relationship” with schools and do not ask students about the status of their parents. He also said local law enforcement would not detain people for extended periods of time for a federal agency because the local agencies are “not ICE.”

Dohoney said local governments should have the chance to “carve out” their own policies based on community values. “Productive citizens is what we’re all about.”