Abrazo Community Health Network said in a statement that the Maryvale campus has faced “significant decline” in the demand for services at the location. (Photo by Kara Carlson/Cronkite News)

Abrazo Community Health Network on Wednesday announced it will close its Maryvale campus on Dec. 18.

Leslie Jones, 64, said as a longtime resident of the West Phoenix neighborhood, she wasn’t surprised by the announcement. In fact, she sees it as just one more blow to a struggling area.

“We’re kind of the stepchild of the city of Phoenix,” Jones said Thursday. “We’re on the bottom of the to-do list.”

In a statement, Abrazo said the hospital has faced “significant decline” in the demand for services at the location. The facility sees about 43,000 emergency room visits a year.

The hospital, near 51st and Campbell avenues, already has scaled down services. About 300 employees will be affected by the closure.

In a news release, Abrazo said the “closure of the Abrazo Maryvale campus should not impact the community’s ability to access care.”

There are multiple health centers and clinics within Maryvale, but the closure will leave the community of nearly 400,000 residents with farther commutes for more urgent services.

Abrazo noted in the six-mile radius near the Maryvale campus, there are four full-service acute care hospitals, and there are 11 urgent care centers within a five-mile radius. The Maryvale hospital was not designated as a trauma center by the state.

“Those few extra minutes without medical attention could make a difference,” she said.

Copper, 58, has lived in Maryvale since 1964, and she remembers when the hospital was just one story. Copper said she used to go as a small girl because her father had health issues, and in more recent years, she has visited friends or family members there.

She said the closure came as a shock.

Copper said Maryvale originally was designed to be a self-sufficient community, but that has changed. She said the closure means health care will not be easily accessible for Marvale residents.

“We had everything right here, but not anymore,” Copper said. “It’s a sad situation.”

She said the hospital closure has left her neighborhood asking, “Where do we go now?”

Maryvale resident Dennisse Lujan Moreno has experienced the difficulties that can come with closed medical facilities. She said years ago, when the facility her father visited shut down, she was forced to find a new doctor for her dad.

“It’s a very hardworking neighborhood,” she said. “It’s just a shame that that’s happening there. There’s a lot of financial strain already for this community.”

Maryvale makes up about 5 percent of the state’s population, but it has nearly 30 percent of the recipients of the state’s cash assistance program, known as the Temporary Assistance for Needy Families program, according to the Maryvale+ Workforce Initiative. About a third of residents are at or below the poverty line, about $12,060 a year for an individual.

Maricopa County Supervisor Steve Gallardo released a statement Wednesday saying he was “disappointed” by the closure.

“(It) only compounds the challenges faced by people in this hard-working community,” he said in the statement. “It is unthinkable to me that a vibrant neighborhood will be without a local hospital that has been a part of the community for decades.”

Although shuttered hospitals in rural areas have generated recent headlines, hospitals also have closed in many urban areas – especially those in low-income neighborhoods, according to an analysis by the Pittsburgh Post-Gazette and Milwaukee Journal Sentinel.

Those neighborhoods often have higher percentages of racial and ethnic minorities. Hispanics make up about 76 percent of Maryvale’s population.

Jones said the Maryvale hospital closure will have a negative impact on the neighborhood.

“We need a hospital,” she said. 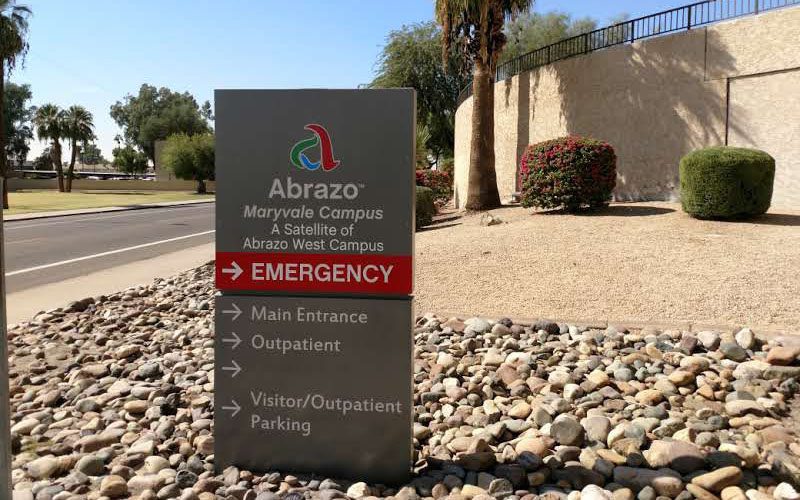