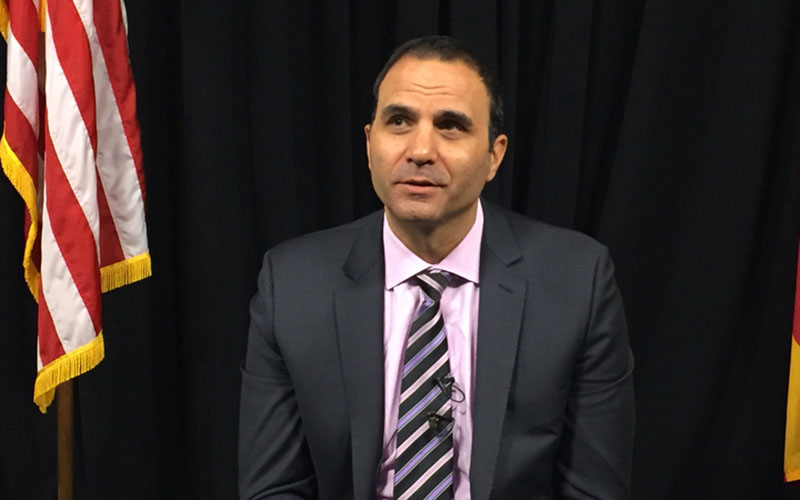 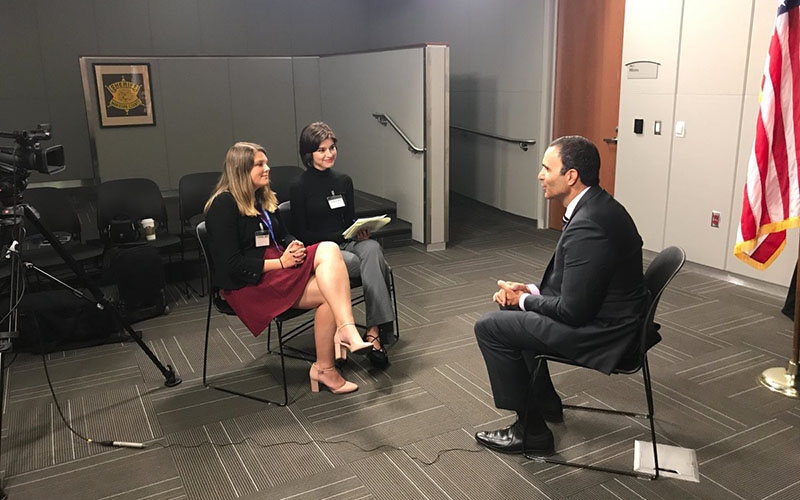 PHOENIX — Even when he was 20 years old, Paul Penzone knew he wanted a career in law enforcement. Now as Maricopa County Sheriff, he’s working on changing the legal and political legacy of former Sheriff Joe Arpaio.

“He was, you know, given the freedom without any accountability, whereas we are, and will continue to be accountable because that’s the right thing to do,” Penzone said of Arpaio.

Part of Arpaio’s legacy included a history of racial profiling and targeting the Latino community in Arizona even after being ordered by a federal judge to stop. Penzone said he has dedicated a team solely to outreach.

“It’s not just the Latino community, it’s to all communities that are minorities or unique in some capacity. We have an LGBTQ board. We have an African-American board, we have a Latino or Hispanic board of community members who advise us and take an active role in assisting us in ways to develop programs that improve services by the organization,” Penzone said in an interview with Cronkite News.

The sheriff said President Donald Trump’s pardon of Arpaio’s conviction has sent the “wrong message” to the community.

“We have to get away from this narrative that politics has played such a part in policing because there is no place for it. We have to completely eliminate any kind of political influence from law enforcement operations and it should solely be based off of serving the communities needs regardless of who you are or where you come from,” Penzone said.

“It should be about enforcing the laws, being constitutional, being law abiding before you are law enforcing, and to be an extension of the community at large,” he said.

The sheriff also has been actively participating in panels and forums like ‘New Voices’, where he addressed questions and concerns specifically from the Latino community.

Although Penzone said many improvements have been made since he took office, much still needs to be done to rebuild trust between law enforcement and the community, as well as make changes within the department. Among them are initiatives within the department to increase diversity when hiring or recruiting new officers.

Almost two years ago a study published by Arizona State University looked into racially biased policing practices, and came to the conclusion there was sufficient data to support the existence of such practices among some deputies, beats and districts.

“When it comes to those individuals that have been identified, we’ve developed a very detailed process to have engagement to provide more oversight and accountability to put together a plan of action to give them the opportunity to become aware of these challenges and to improve on their services to ensure that there isn’t racial profiling,” Penzone said.