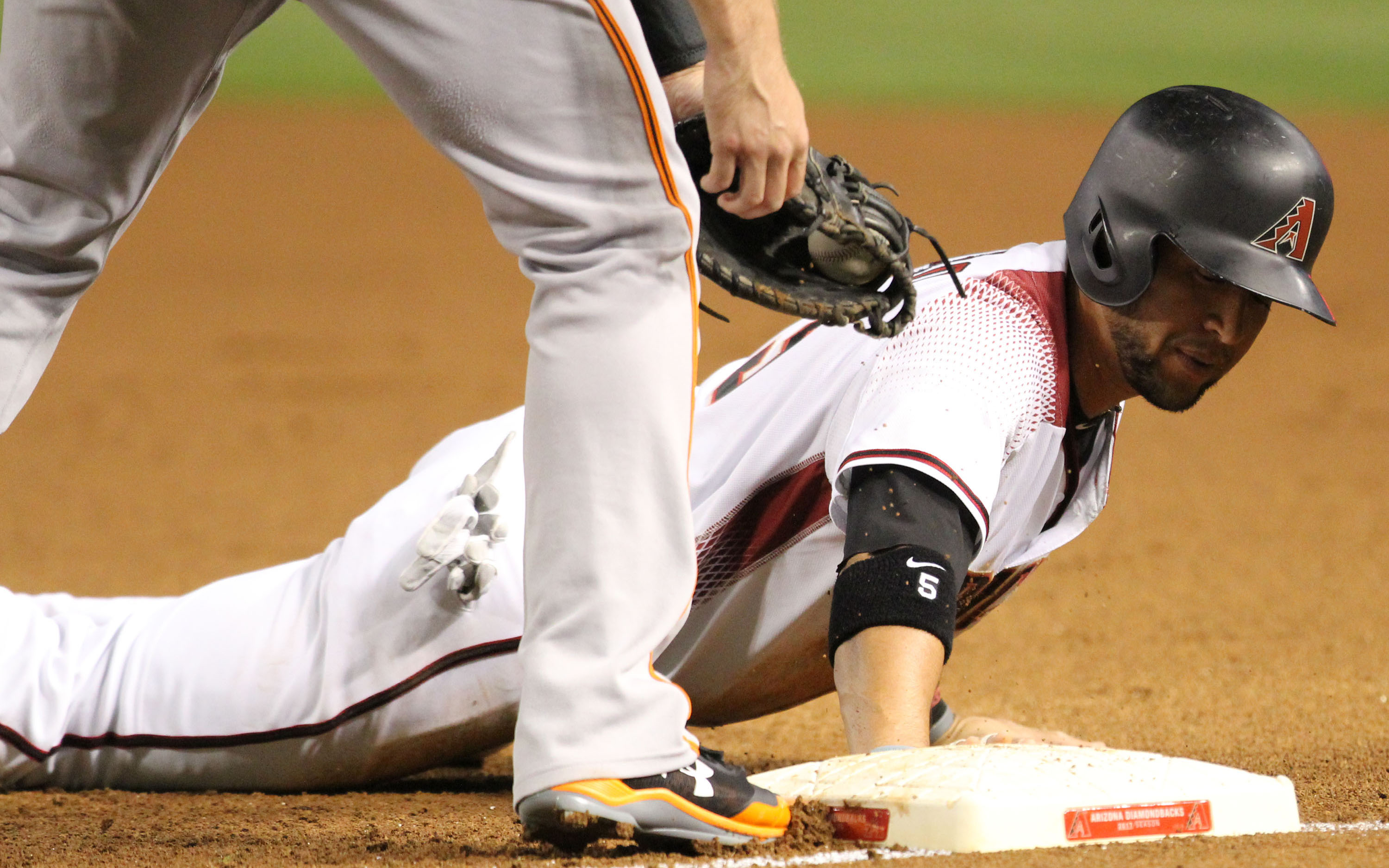 PHOENIX — The next time the Arizona Diamondbacks take the field, things will be a bit different. The painted logo behind home plate, the decor around the stadium, the atmosphere, the audience. But one thing will remain the same.

On Wednesday night at Chase Field, the Diamondbacks will host the Colorado Rockies in the National League Wild Card game. For a team that advanced to the postseason just one year after a failed 69-93 campaign, it will be win or go home.

For many members of the Diamondbacks, Wednesday night will signify much more than just another game. It will be their first taste of postseason baseball.

“The game gets taken to a completely different level,” veteran outfielder Gregor Blanco said. “All of the little things that normally wouldn’t matter as much — the 0-for-4’s, the strikeouts, playing the game the right way — all of those things are much more noticeable in the postseason.”

Signed to a one-year deal in late March by the Diamondbacks, Blanco not only provides depth in the outfield and a veteran presence but also much-needed postseason experience.

He is best known for his five seasons spent with the San Francisco Giants, two of which resulted in World Series victories. He helped fill the void left by Melky Cabrera in 2012 and played an integral role in both World Series runs in ‘12 and ‘14.

“The way we celebrated here was just like in San Francisco in 2012,” Blanco said a day after Arizona clinched its postseason spot. “(We) felt it when we celebrated, that passion that we put into the game to be able to get to this moment.”

Wednesday night’s moment will mark Arizona’s first postseason appearance since 2011. Blanco and utility man Daniel Descalso are no strangers to win or go home Wild Card games. Descalso played in one in 2012 with the Cardinals and Blanco in ‘14 and ‘16 with the Giants.

A World Series champion in 2011 with the Cardinals, Descalso understands the heightened importance of a Wild Card matchup.

“Over the course of the season playing 162 games, you’re going to make small mistakes and certain details may not matter as much in the long run,” Descalso said. “But in the postseason — especially a Wild Card game — one pitch, one play, the small things are really going to show up.”

Blanco and Descalso have been valuable assets for a team that simply didn’t know what to expect coming into the season. After an abysmal 2016, general manager Dave Stewart was dismissed and replaced by Mike Hazen.

And for a team that had the postseason in its peripheral vision for much of the season, other players in the clubhouse were sure to take notice of the postseason resumes of Blanco and Descalso.

“He’s done a great job of helping the young guys and altering the vibe of the clubhouse,” said Chris Iannetta about Descalso.

Much like Blanco and Descalso, Iannetta is also in his first season with the Diamondbacks and has a series of playoff experience while with the Angels in 2014. He credits guys like Descalso for stepping up and showing others what it takes.

“Whether it’s play different positions over the course of the season, pinch-hit, whatever it may be, he’s gotten the job done,” Iannetta said. “He’s picked up some huge hits for us and made some really nice plays. He knows what it takes to win and is one of those veterans whose been to the postseason and the World Series.”

Despite being a new face on a team that kept most of its core players from 2016, Descalso has never shied away from being a leader in the clubhouse or a voice willing to offer a helping hand.

After all, even though he wasn’t a star during his time in St. Louis, Descalso played a key role in the dramatic comeback in Game 6 of the 2011 World Series.

“I think I’ve tried to embrace that role the entire year of a guy that’s been around and experienced some things,” Descalso said. “For a lot of these guys it’s their first postseason so while I may not have all the answers, anything I can do to answer any questions that they may have.”

Despite being a first-year manager, Lovullo has his fair share of postseason experience. He won a World Series in 2013 in his first year as a bench coach with the Boston Red Sox.

As the Diamondbacks pursued a postseason spot for much of the season, Lovullo reached out to other managers for influence on how to properly attack October baseball. He also took time to recognize the importance of having guys like Blanco and Descalso on the roster.

“It’s invaluable,” Lovullo said. “It’s not just right now. There’s a strategy to having that type of player in our clubhouse because there’s a calming effect when you look at (them) and you know they’ve walked the walk.”

“When you’re grinding in August and things aren’t going so great, it helps bring you to a level of ‘OK, look, let me just focus on doing my job.’ So it’s been valuable throughout the course of the season and now they’re the ones that are standing up and kind of guiding the way for some of these younger guys.”

Lovullo also reflected on MVP candidate Paul Goldschmidt, the only everyday player left from the Arizona team that won the NL West in 2011.

“(He’s) talked about that experience and being so young, and maybe he was just young and inexperienced and just hitting the baseball, but now he’s in a different role of leadership and doing his best to get back there and remember what it was like,” Lovullo said.

Along with Goldschmidt, relief pitcher David Hernandez is the only other player from Arizona’s 2011 postseason roster.

Veterans like Blanco, Descalso, Iannetta and Goldschmidt have tasted the all too different atmosphere of postseason baseball, and for a team whose core significantly lacks experience, every voice matters.

“I rely on those guys, too,” Lovullo said. “I look at (Daniel Descalso) a lot and bounce things off of him and respect him on that level knowing that he’s walked a special walk.”

“I know anybody that’s played in those games brings a calming effect and when asked, can provide a leadership style of input.”