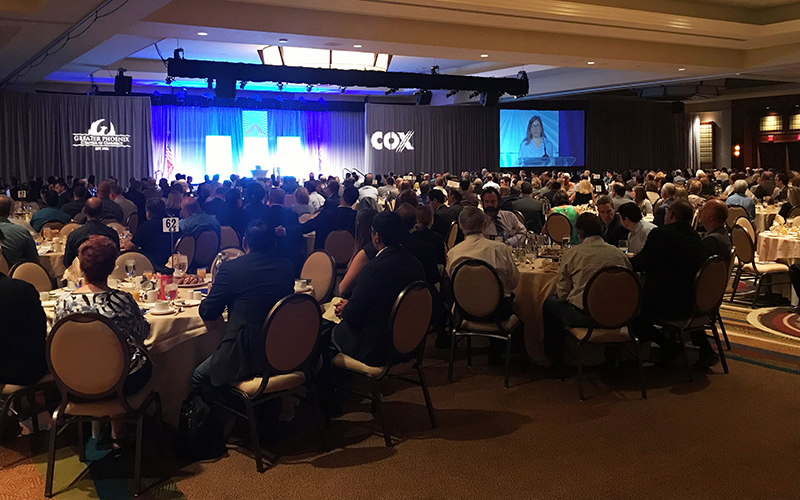 Roughly 750 people gathered at the Sheraton Grand in downtown Phoenix to hear NPR reporter Stacey Vanek Smith and others speak about the global economic outlook. (Photo by Maddy Ryan/Cronkite News)

PHOENIX – Local economist Elliott Pollack said he’s optimistic about the future of both the regional and national economy, pointing to positive indicators such as employment, population and housing growth.

However, Pollack also expressed plenty of caution when he spoke to a crowd of about 750 people gathered in downtown Phoenix for the Greater Phoenix Chamber of Commerce’s Annual Economic Outlook on Friday.

Pollack addressed everything from rises in consumer confidence and disposable personal income to decreases in labor force participation.

On the national level, Pollack believes that “things really look pretty good.” But one of the bigger unknowns has to do with uncertainty in Washington, D.C.

President Donald Trump’s recent proposed tax cuts could lead to faster growth because of personal and corporate tax cuts, reduced regulations and infrastructure spending, he said. But the “jury is still out,” Pollack said.

“If it passed in its current form, it would be supportive for the markets and 2018 could be a better year than what we expect it to be right now,” according to a statement.

From a local perspective, Pollack said he sees some positive signs.

“I’m still very optimistic nine years into this expansion, and you should be too,” Pollack said.

However, Pollack described Phoenix’s employment growth as “subpar” compared to historical norms and that gives him pause. 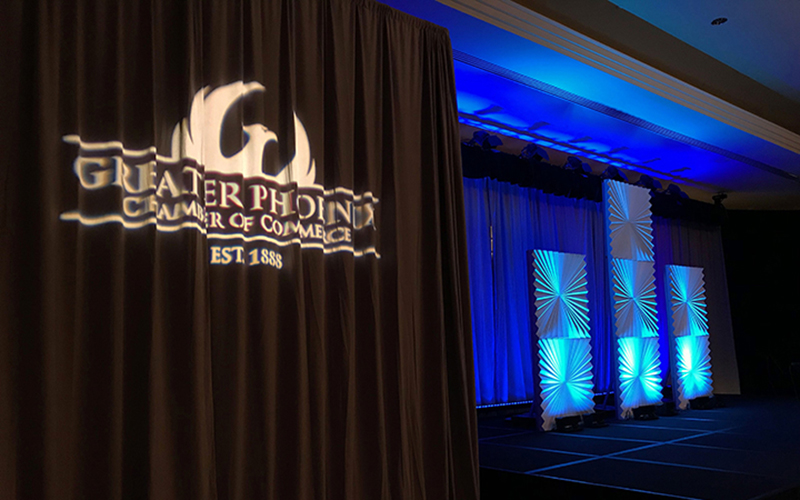 Arizona ranks 13th out of 50 states in terms of employment growth in the U.S., according to Pollack’s presentation. He said growing industries in Arizona such as health care, professional services, education, and leisure and hospitality will continue to drive the economy.

“There are so many jobs out there, we can’t even come close to filling them,” Pollack said.

The recent expansion cycle is the third-longest expansion in history and it shows no signs of ending, according to Pollack’s slides, which cited the National Bureau of Economic Research.

“It’s been the slowest expansion in American history, and that’s a problem because a lot of people were unemployed longer than they needed to be,” Pollack said.

Job openings, housing prices and equity have continued to rise on the national and regional scale over the past year, he said.