As ‘gig economy’ grows, labor experts split on whether it’s good or bad 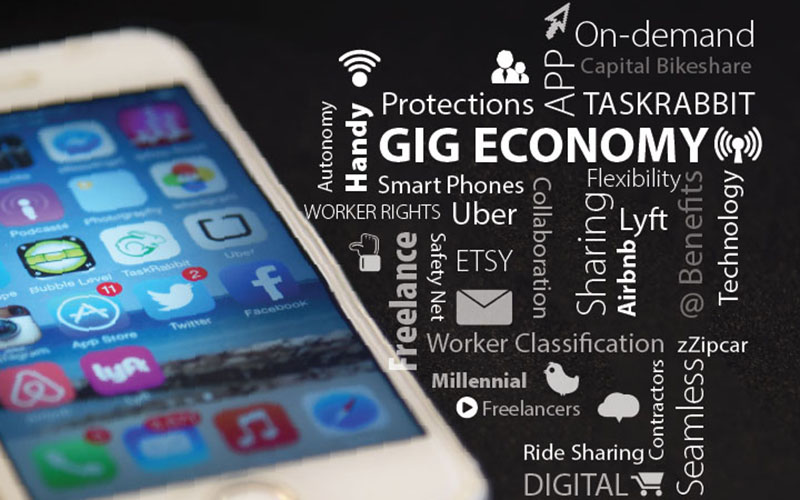 Experts agree the “gig economy” is a rapidly growing part of the U.S. labor force, but solid numbers are hard to come by. One estimate said workers in the sector grew ten-fold in a four-year period. while customers grew 47 times. (Photo by Mark Warner/Creative Commons) 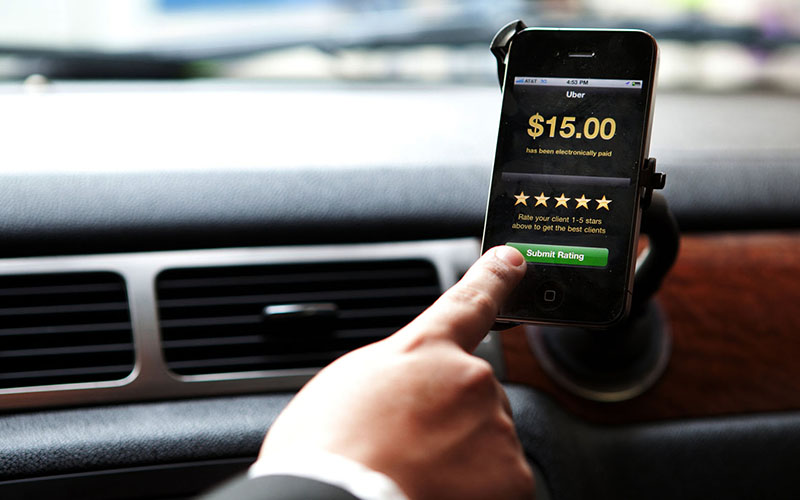 The ride-sharing service Uber is probably the best-known of the “gig” or “sharing economy” businesses that use web applications to link consumers to providers who typically work as independent contractors to the web service. (Photo by Melies The Bunny/Creative Commons)

WASHINGTON – Most workers will get holiday pay if they clock in on Labor Day, but for a rapidly growing sector of the labor force it could be just another day on the job.

Uber drivers, TaskRabbit handymen, Rover dog-walkers, Airbnb hosts and countless others in the new “gig economy” are all considered independent contractors and not employees of the online platforms that steer business their way.

Numbers are hard to come by, but private and government analysts and economists all agree that that sector is growing.

That is troubling to traditional labor groups, who worry that workers will be exploited in the largely unregulated businesses. But others say it empowers workers, letting them supplement their incomes, set their own schedules and have some security in an otherwise
insecure job market.

“It certainly has picked up slack during times of volatility or instability in the economy,” said Mark Muro, a senior fellow with the Metropolitan Policy Program at the Brookings Institution.

Arizona Gov. Doug Ducey highlighted the gig economy, also known as the “sharing economy,” last year when he created the Governor’s Council on the Sharing Economy.

“Arizona should be to the sharing economy, what Texas is to oil,” Ducey said in his 2016 State of the State Address.

Even though most people recognize a gig economy business when they see it – Uber is probably the best-known example – the sharing economy remains hard to define.

A 2016 report by JPMorgan Chase Institute looked at jobs where an online platform helped with “unbundling a job into discrete tasks and directly connecting individual sellers with consumers.”

That report found that the number of customers using such platforms rose 47-fold between 2012 and 2015 while the number of people working one of those jobs went up by a factor of 10 over the same period.

Also in 2016, the Pew Research Center asked people to describe companies in the sharing economy. That report found that 58 percent of respondents saw such firms as being “primarily software companies. Their business is connecting drivers with people who are looking for a ride.”

Rather than being employees, gig workers are considered independent contractors and are not eligible for employment benefits. For labor organizations, this model is a problem.

Kelly Ross, the deputy policy director of the AFL-CIO, said the status of gig work is a threat to workers’ rights.

“If you don’t treat them as employees and instead treat them as independent contractors, then they have fewer rights, fewer protections,” he said.

The legal status of gig work is currently left to the states, and Ross doesn’t like the trend he’s seeing.

“A number of states are passing legislation that deems workers who work for platform companies to be independent contractors instead of employees, making their jobs more insecure,” Ross said.

Muro does not think the new economy poses such a stark threat to workers. He says gig work – which is often performed on the side – can also help relieve job insecurity. But that does not mean the issue can be ignored by policymakers, he said.

“A good share of people working on the platforms are in fact working at it as their main employment,” he said. “We shouldn’t simply assume that this is less important or secondary work and therefore doesn’t need to be regulated.”

Romina Boccia, the deputy director for economic policy at the Heritage Foundation, also sees the positives in the gig economy, which she thinks will continue to grow.

“Some of them choose to work for various gig economy platforms at the same time,” Boccia said of gig workers. “I think we need to be more forward-looking if more people choose this as a full time model.”