The lawsuit claims the company used fraudulent marketing practices designed to increase the prescription of one of its drugs, Subsys, an under-the-tongue spray that contains fentanyl. The drug, intended to relieve pain in cancer patients, has been on the market and prescribed by doctors across the country since 2012. 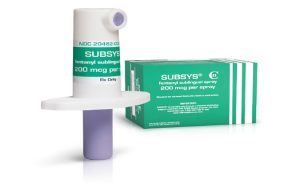 Insys representatives did not respond to requests for comment Thursday.

In a news release, the attorney general railed against the pharmaceutical industry, accusing it of increasing the nation’s opioid crisis.

“We need to put a stop to the unethical and greedy behavior in the pharmaceutical industry that is fueling the opioid crisis in our state,” Brnovich said in a statement.

The lawsuit alleges the company made false claims to insurance companies, such as stating patients had cancer or difficulty swallowing. It also alleges Insys employees misled insurance companies by acting as if they were with a health care office, not Insys, when calling.

The suit also named three doctors – Steve Fanto, Nikesh Seth and Sheldon Gingerich – and accused them of prescribing the drug in exchange for payments in the form of speaker fees. It claims the three doctors were responsible for $33 million in Arizona sales of the drug, or about 64 percent of the state’s total sales. Insys paid the doctor on average $200,000 each from March 2012 to April 2017, according to the lawsuit.

In the statement, Brnovich said he hoped the lawsuit would stop any deceptive practices. He also said he wanted restitution for consumers, and he suggested the company forfeit profits gained from the alleged behavior.

Spokeswoman Mia Garcia said the office has been investigating the issue for two years.

Drugs such as fentanyl can be extremely dangerous, leading to respiratory depression, low heart rate and blood pressure and even death.

Dr. Dan Quan, a toxicology expert at the Maricopa Integrated Health System, said fentanyl is 100 times more powerful than heroin. He said while opioids themselves are highly addictive, fentanyl is stronger and more addictive than most. It last for shorter doses, about 30 minutes, compared to other opioids that may last a few hours, but it is much more potent. 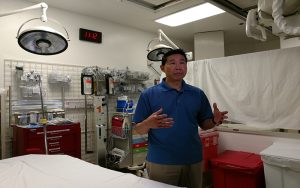 Quan said a spray such as Subsys would enter the bloodstream fairly quickly because of the blood vessels under the tongue – and that could put patients at high risk of overdose if they take too much.

“Fentanyl is one of the strongest opioids we have available to us in the medical industry,” Quan said. “A little bit goes a long way.”

Several states have filed lawsuits against Insys and former employees. The company recently settled a lawsuit with the state of Illinois for $4.5 million.

In a statement responding to the settlement, Insys said it did not consider it “factually accurate” to say the drug had contributed to the opioid crisis in Illinois or nationwide. It said by many counts, the opioid crisis has been around longer than the drug, and Subsys is a small portion of the overall opioid market.

Between March 2012 and December 2016, there were 162,000 prescriptions of Subsys, according to documents the company prepared for the Securities and Exchange Commission.

According to the Arizona attorney general, Subsys has generated $1 million for the company.