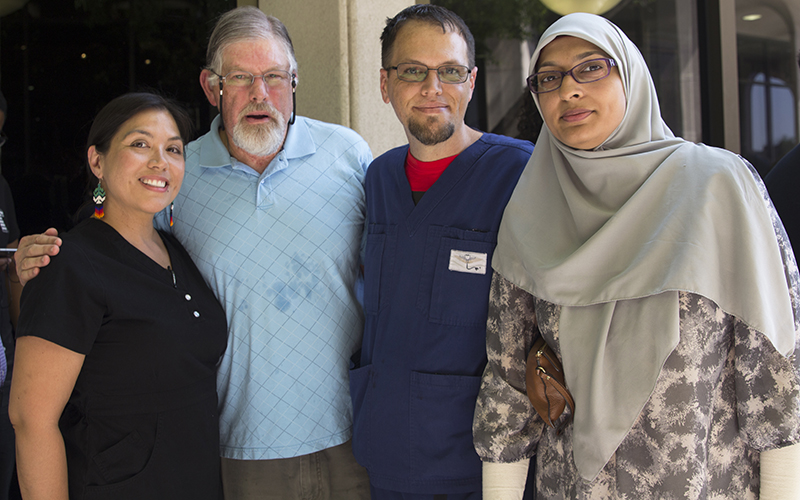 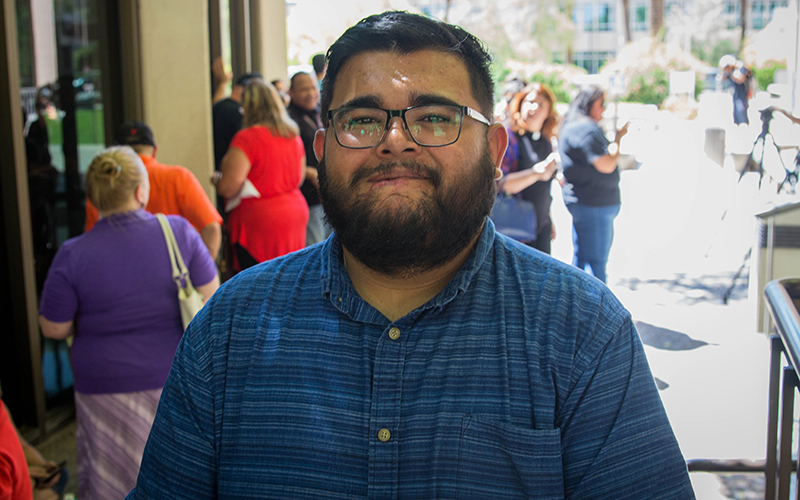 Ricardo Zamudio, 25, said he came to the council meeting to discuss how to “hold (officials) accountable and make sure that they’re gonna do the investigation and that they have community input.” (Photo by Andrea Jaramillo Valencia/Cronkite News) 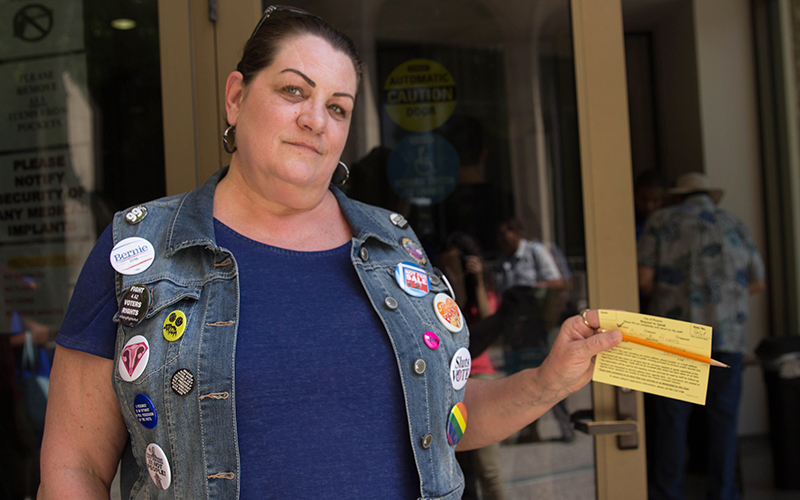 Chimene Hawes said she is in favor of an independent investigation of Phoenix police. (Photo by Andrea Jaramillo Valencia/Cronkite News)

In addition, rumors about the president potentially ending the Deferred Action for Childhood Arrivals — or DACA — program sometime soon has added to the sense of fear and uncertainty many are feeling. Members of the Latino community and civil rights advocates said they want to make sure they do what they can to make officials take into consideration their argument during the police investigation.

“(We’re here to) give the stories of the people that were affected and see how we can fix the reaction of the police moving forward,” said Ricardo Zamudio, member of the nonprofit group Neighborhood Ministries.

Zamudio said he was tear gassed when the second flash bomb went off and doesn’t remember hearing a warning.

“I heard the first bang and when the second one went off, I was right in the middle. I was just sitting there,” Zamudio said. “I got some on my face, I got some on my arms.”

Sgt. Jonathan Howard, a Phoenix police spokesman, said they will not comment on events related to police actions until the review has been completed.

After hours of peaceful protests at the Trump rally, the demonstration ended when police used tear gas to disperse the crowd.

On Wednesday, dozens of people were lining up outside the city council chambers waiting to go inside and participate in the public meeting. Most of them were filling out forms, specifying whether they favored or opposed an independent investigation into the actions taken by Phoenix police officers.

For Uzma Jafri, this was the first city council meeting she’s ever attended.

Jafri is a physician and was one of the street medics present during the rally. She said she was surprised when police started to use tear gas. Jafri said she came to the meeting because she wanted to make sure “city council members understand the facts.”

“When I saw other people who were there to protect them using excessive force, that struck my conscience to say something. We’re supposed to be on the same team,” Jafri said. “I heard the flash bombs. I saw people panicking and running toward us.”

Jafri also said it was difficult to leave the area because police were blocking the exits.

“Three minutes later is when we heard the helicopters say ‘disperse or be arrested.’ Well, they’re telling us to disperse but they’re blocking all of our exits. And so we made the choice to stay there in case anybody came over and was hurt,” she said.

“One or two officers is all it would take to subdue one person who’s throwing a water bottle, but they didn’t do that. They chose to indiscriminately affect unprepared civilians, women, children, elderly, people with disabilities,” she said.

In an interview with Cronkite News this week, Howard said they don’t have a known date for the completion of the review.