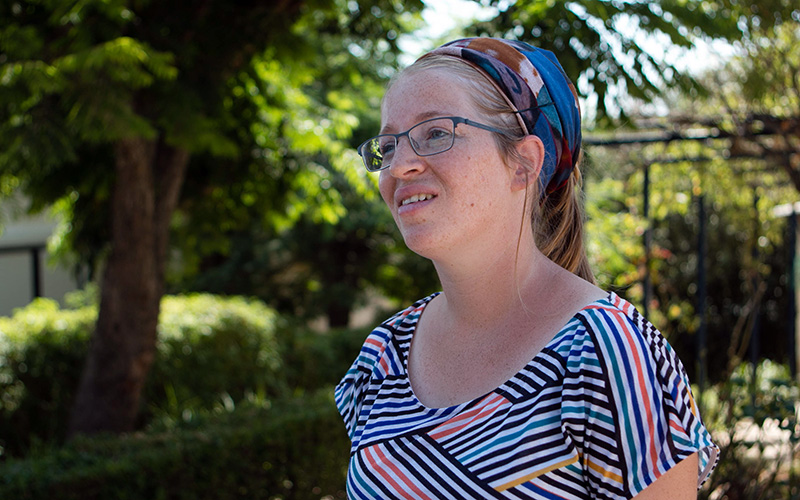 Miriam Maoz Ovadia’s brother shot a terrorist in the West Bank, but not before three members of the community were stabbed to death. (Photo by Delia Johnson/Special to Cronkite News) 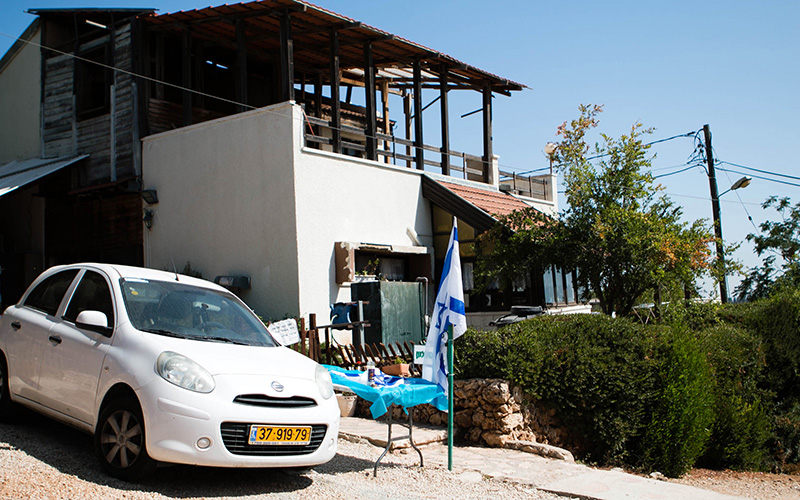 A makeshift memorial stands outside the scene of a July 21 terrorist attack in which three members of a family were stabbed to death. (Photo by Delia Johnson/Special to Cronkite News)

HALAMISH, WEST BANK – The Israeli parents named their newborn son “Ari,” the Hebrew word for lion. It was done to honor the child’s grandfather, uncle and aunt, who were stabbed to death in a terrorist attack.

Ari’s Grandfather, Yosef Salomon was killed in the July 21 attack in which he battled with a Palestinian terrorist, Omar al-Abed, who scaled a fence around the settlement before entering Salomon’s house. Abed killed Yosef, 70 and two of Yosef’s children, Chaya, 46 and Elad, 36.

Within seconds, neighbors across the street, including an off-duty soldier, heard screams for help and injured the terrorist by shooting him through the window.

Ten days after the attack, Cronkite News was given access to the scene of the stabbing. In this disputed region, where power and courage are paramount to everyday survival, the Jewish settlers in this West Bank say they are undeterred by the attack.

Miriam Maoz Ovadia, the sister of the neighbor who shot the terrorist, stood outside of the house where a makeshift memorial had been set up on a plastic table.

“This house is going to remain empty for a long time,” Ovadia said. “The parking lot is going to be empty. They always used to go and walk their dogs and it’s all the small parts of life of the street that has tragically stopped.”

The naming of Ari was symbolic for the community following the attack. It was announced at a celebration of circumcision, which was open to the community.

“It was last Thursday, and we were all waiting to hear the name of this new baby,” Ovadia said. “Ari means Lion, because of the bravery of the people in this house who really fought until their last breath to stop this terrorist,” Ovadia said.

Ashraf Ajrami, a Palestinian leader, said that violence like this is inevitable as long as the Israeli settlements remain, and continue to grow.

“We oppose violence but we cannot control violence if the occupation continues,” Ajrami said. “It is not a matter of what we want. It is a matter of daily life. People are under pressure.”

The impact of the attack reverberates throughout the community.

“This community is trying to wake up one day after another,” Ovadia said. “Ten people were in the house. Three people were butchered; seven people survived, and that is something that gives us a lot of hope.”

Despite the shock of the attack, Ovadia said that standing steadfast in the face of the terror was a win for her community.

“This is our home. We are not leaving we are not breaking down we are definitely not giving another victory to terrorism trying to drive us away from here.”