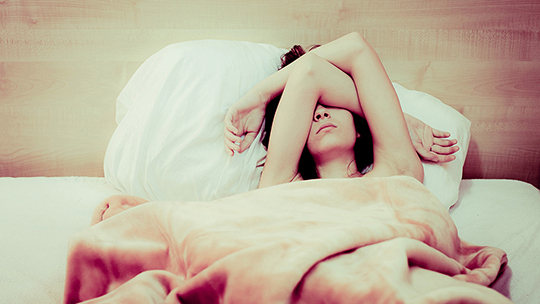 It isn’t clear whether he has summer depression, a rare seasonal disorder, but he feels especially sad and frustrated at this time of year.

It’s more common in hotter climates like Phoenix, with its string of triple-digit temperatures, experts say. Heat, light, circadian rhythms and even the empty streets during a sizzling day could be triggers.

Summer depression differs from its better known counterpart, winter SAD, in key ways, according to a Mayo Clinic website. The summer disorder causes agitation instead of lethargy, appetite loss instead of weight gain and insomnia instead of excessive sleep.

Summer depression is rare, estimated to affect 1 in 1,000 people at some point in their lives, said Dr. William Leasure, a psychiatrist and winter SAD expert at the Mayo Clinic in Rochester, Minn.

Ian Cook, who directs the UCLA Depression Research and Clinic Program, said people may not realize they have summer depression.

“For some people, isolation is the big factor,” Cook said. “For other people feeling low self-worth is a major driver of it. For some people it’s their inability to think clearly and function. There are many different ways that a person can experience depression, and they’re all awful.”

Johnson, who moved to Phoenix from Chicago three years ago, said he was miserable his first summer. He thought his deflated mood was abnormal. He hadn’t heard of summer depression but said it explained his response to Phoenix summers.

“Without talking about it, especially when it comes to mental health, a lot of people are stigmatized,” he said.

He said winter depression, which he faced in Chicago, was more readily accepted and generated more resources, like UV lamps designed to provide vitamin D.

Some dispute that seasonal depression exists. A study of more than 34,000 participants published last year in Clinical Psychological Science says they reported no change in depressive symptoms during different times of year.

But other medical experts and information on websites like WebMD and in publications like Psychology Today say summer seasonal disorder is real.

Thomas Wehr, former chief of clinical psychobiology at the National Institute of Mental Health, said his studies uncovered people who use a range of coping strategies. He said one, known as the mole, would flee from one air conditioned setting to another, be that a building or his car. Another woman swam in cold lakes every day. Another, based in China, built a refrigerated stronghold in his basement.

Johnson said commiserating with others on social media and writing in journals has helped. He said he also finds community in his husband, pets and activism.

“I have to find ways to force myself to go outside,” he said. “Or even if it’s just going to the store, forcing myself to get out of the house to get that interaction.”

Cook said people with depression symptoms should seek help from a care provider for consultation and treatment. He also recommended more social contact and simple measures like rest, healthy eating and exercise.

“Depression is a serious disorder,” Cook said. “It’s associated with more disability than heart disease or cancer, according to the World Health Organization. And as one of the advocacy groups coined the slogan many years ago, ‘depression is a flaw in chemistry, not in character.’ These are brain conditions, at least, and deserve to be treated.”