How people in the LGBT community deal with stress is crucial because they often do not seek professional help, according to researcher Ashley Randall. (Photo by Amy Teegan via Creative Commons)

TEMPE – Aryana Dahlgren, a 19-year-old college student, identifies as a gay woman, but has not come out to her family.

Dahlgren said her family has strong ties to their traditional Indian culture and she fears that they would not understand. Dahlgren’s grandmother, who lives with them, is adamant about what she expects of her grandchildren.

“My mom said, ‘If any of you are gay, I wouldn’t be OK with it. I’d have to deal with it,’ ” Dahlgren said. “She’s fine with other people being gay. It just can’t happen in the family… My grandma said when gay marriage was legalized, ‘If any of my grandchildren were gay, I would go into a coma and pass out and and not ever wake up.’ ‘”

People who identify as LGBT face stresses that people in heterosexual relationships do not, making gay, bisexual, non-binary and transgender people in romantic relationships more likely to develop depression and other mental health problems, according to researcher Ashley Randall.

The National Alliance on Mental Health reports that people who identify as LGBT are nearly three times as likely to develop mental health conditions. The organization’s website says the “fear of coming out and being discriminated against for sexual orientation and gender identities, can lead to depression, post traumatic stress disorder, thoughts of suicide and substance abuse.” 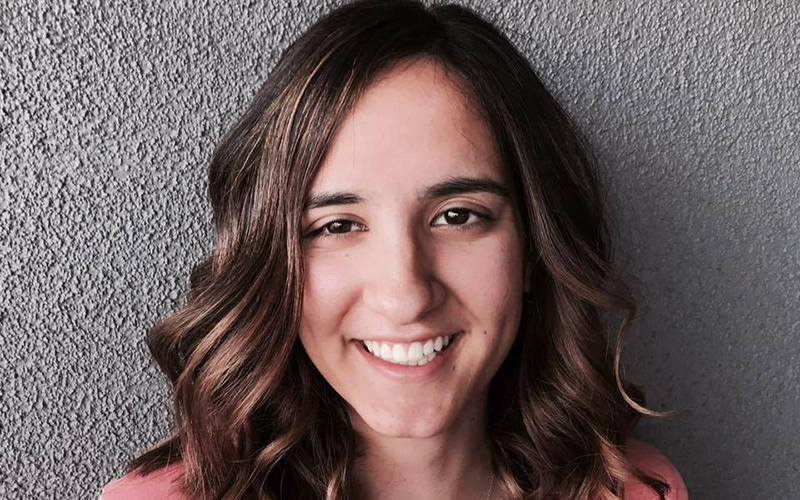 Randall, a professor at Arizona State University, has always been interested in studying how stress affects couples. She said she was drawn to studying the LGBT community because few researchers were looking into the community despite a growing need.

The psychology field has not always supported the LGBT community she said, as homosexuality was declared a mental disorder until 1973 that was treated with electroshock therapy in the 1950s and 60s.

People’s cultural backgrounds influence how they respond to therapy. Randall said that she wants her research findings to be used to create better therapy techniques for LGBT people.

“When working with people in different minority groups, you have to ask about their identity, especially their identity within a couple,” Randall said.

To find out the relationship between discrimination and mental health, Ashley asked LGBT couples how they respond to stress, what made them feel vulnerable and what negative mental health issues affected them.

Dahlgren said she struggled with addiction and depression as a teenager until her family staged an intervention.

“My sophomore year of high school I almost got sent to rehab,” Dahlgren said. “I had a really not good group of friends, and I ended up getting kind of addicted to painkillers and then almost tried to end my life with that.”

Dahlgren started going to therapy after her family staged the intervention, but she said she could not be open about why she wanted to attend therapy. She only felt comfortable telling her mother that she was struggling with her dad having left the family when Dahlgren was young.

Keeping her sexuality a secret has created distance in her relationship with her mom, which Dahlgren said has been hard because her dad is not part of her life. Dahlgren said that there are times when she wishes she could tell her mom because she feels guilty for “sneaking around” to hide her relationships with women.

“There’s this whole life that you don’t know about,” Dahlgren said. “And then I want to tell you, but if I tell you, you won’t accept me. And then that’s my only mom. It’s the only parent I have.”

Dahlgren said hiding her sexuality came at a cost.

“The person I was dating was out completely. Everyone knew,” Dahlgren said. “When we got to college she was like ‘Why don’t you ever want to show me off?’ And it was a huge strain on the relationship. Because if one person is entirely out, it’ a normal thing. They want to go out and hold hands.”

Dahlgren and her girlfriend broke up recently because of distance and disagreeing with how to cope with the stresses they faced as a same-sex couple.

Randall said that couples not supporting each other when stressed is the greatest indicator that a relationship is going to dissolve.

“We hear people say in romantic and non-romantic relationships, ‘You’re making me feel this way,’ and there’s some science behind that in terms of how emotions are linked,” Randall said.

All couples have stresses, ranging from the fallout of a bad day at work to fights over finances. But people in non-heterosexual relations layer on battles with discrimination and harassment, Randall said. 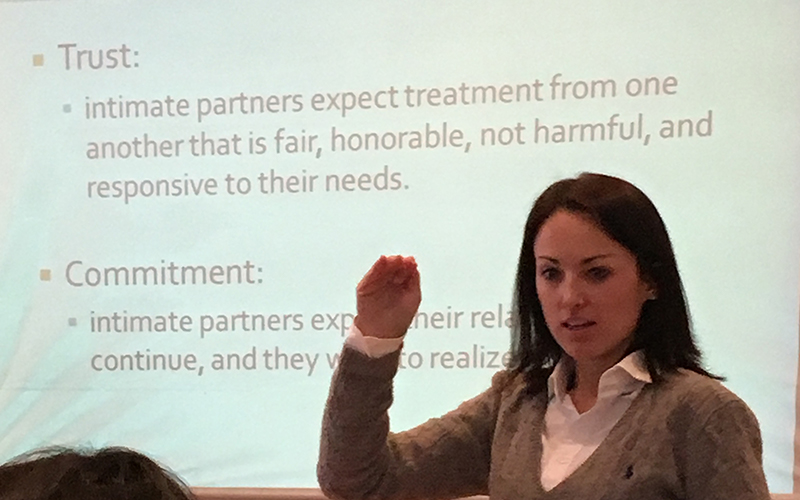 Ashley Randall, a professor at Arizona State University, is researching the impact of stress on LGBT people in romantic relationships. (Photo courtesy of Ashley Randall)

Kelly, a 20-year-old college student who is sexually attracted to men and women, has struggled with mental health issues since she was a teenager.

“When I was 15, I was diagnosed with generalized anxiety disorder, and at first it was really bad when I was trying to find the right medication for me,” Kelly said. “It was so bad, that I couldn’t even leave my house.

“I had multiple times where I went to the hospital because I was having a really bad panic attack.”

Medication helped to improve her anxiety issues. When she repeatedly developed feelings for girls, Kelly said initially refused to admit she was attracted to men and women. The struggle brought back her anxiety in the past year.

Kelly said she has been so negatively affected by her anxiety that she has been unable to maintain any romantic relationships recently. (Cronkite News is withholding Kelly’s last name because she has come out to only a few close friends and is financially dependent on her parents).

“I never moved beyond talking to someone,” Kelly said. “I was too afraid to meet up with another girl.”

She also hasn’t reached out to the person designed to help.

“I’ve never brought it up in therapy, which is stupid because they would obviously understand,” Kelly said. “It’s scary.”

Randall said that it is common for members of the LGBT community to be afraid to seek help.

“Unfortunately, individuals in a same-sex relationship may be hesitant to disclose their sexual orientation to health-care providers, fearing poorer quality of care,” she said.

Randall said researching how LGBT people can deal with stress individually and as a couple is crucial because they often do not have professional help as a resource.

Researchers still have work to do. Randall, who is recruiting participants to further her study on same-sex couples and depression, said few researchers have explored the impact of discrimination on relationships.

Discrimination can even come from within.

Dahlgren said that she still feels judged in the LGBT community because she is “girly” and does not meet the idea of how many in the community think a gay woman should look and act.

“One of the biggest problems I think I face is that no one believes me when I tell them I’m gay,” Dahlgren said. “I’ve had people who are also gay be like ‘no you’re not gay.'”

Randall’s research has shown though that there are ways for all couples to deal with stress and form healthier relationships. Couples who communicate, empathize and support one another during stressful times are more likely to have good mental health. The more emotional a stressor, the harder it can be to use healthy coping skills.

How do we cope with problems together?

How do we deal with it?

“Our research has show engaging some of these specific coping mechanism mitigates these symptoms of depression and anxiety,” Randall said.

Dahlgren said therapy lead her to a better place.

“I just kind of realized I became more comfortable within myself and found a really good group of friends that accepted me,” she said.

Dahlgren said that with the challenges she faces with her family, she is choosing to stay single.

“I kind of realized that it’s OK for right now if I’m not ready to tell my parents. In the end they will have to accept me, and they probably will.”