The Southwest is known for its haboobs during the monsoon. A recent dust storm in New Mexico, near the Arizona border, caused a 25-car pileup, killing six people.

The dust-detection system, which is scheduled to be installed along a portion of Interstate 10 between Phoenix and Tucson by 2019, would give ADOT and the Arizona Department of Public Safety an early warning of storms. Installation is expected to begin by the end of 2017

“Dust storms happen quickly, without very much warning,” said DPS spokesman Kameron Lee. “Sometimes we can anticipate them, but a lot of the times we can’t.” 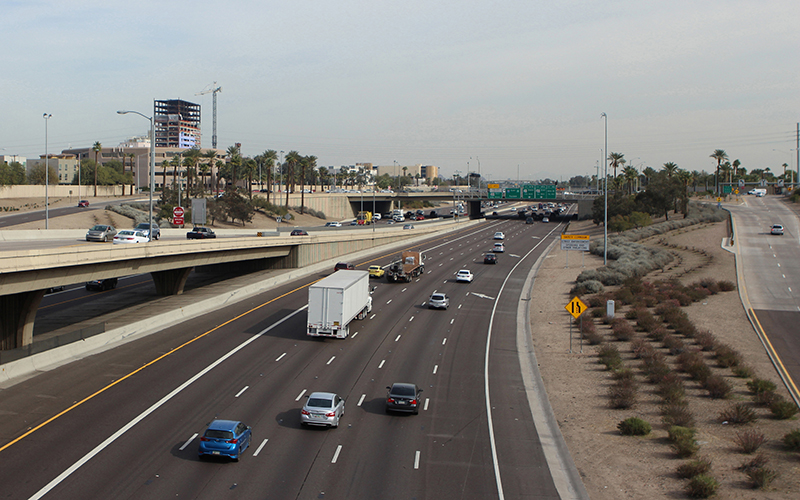 The program is being coordinated with the National Weather Service.

“We can get information to drivers so that they can make the right decisions and be safe on the roadway,” said Tom Herrmann, a spokesman for the Arizona Department of Transportation.

Cameras and sensors are combined to monitor the road and the desert on either side of it. The overhead signs that span freeways will automatically alert motorists of potential dangers ahead and lower the speed limit.

At the same time, workers in the ADOT operations center are monitoring what’s happening on state roads on a wall of screens. 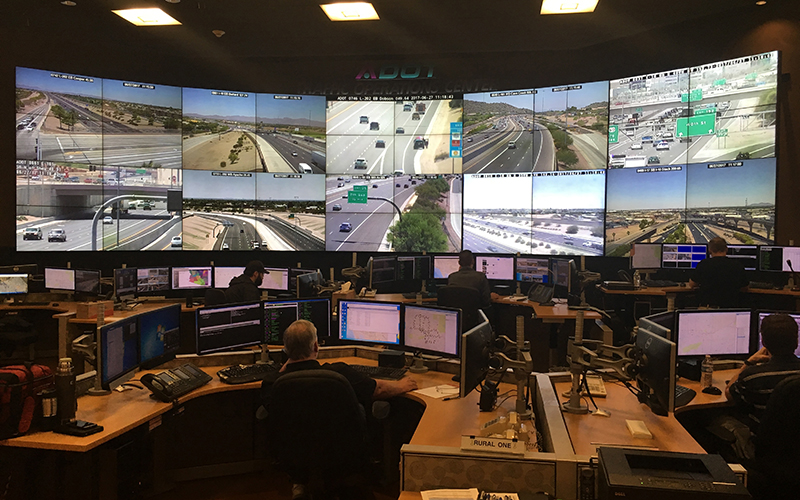 The ADOT Traffic Operation Center monitors traffic throughout Arizona. When a dust-storm detect system comes online in 2019, workers will be able to alert motorists to visibility issues. (Photo by Tyler Fingert/Cronkite News)

“They can then look at our cameras in that area, see what the situation is and if they need to make adjustments they can do that,” Hermann said.

The system will be installed over the next two years on a ten-mile stretch of I-10 between Eloy and Picacho Peak. If it works well, it could be expanded to other problem areas.