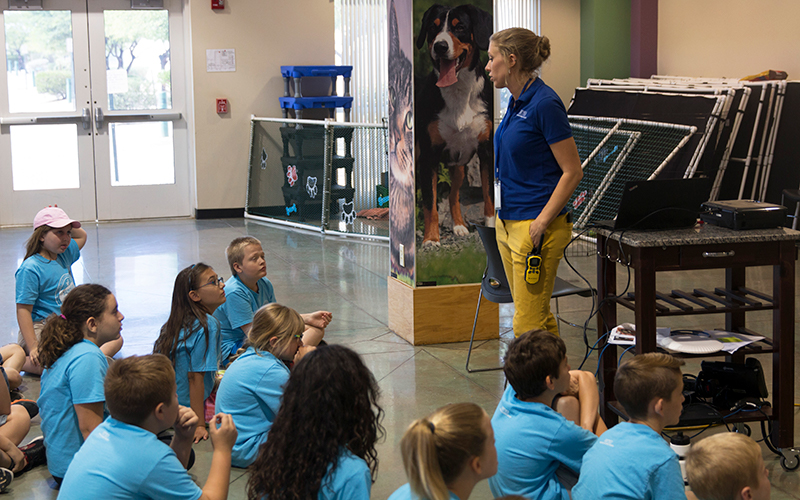 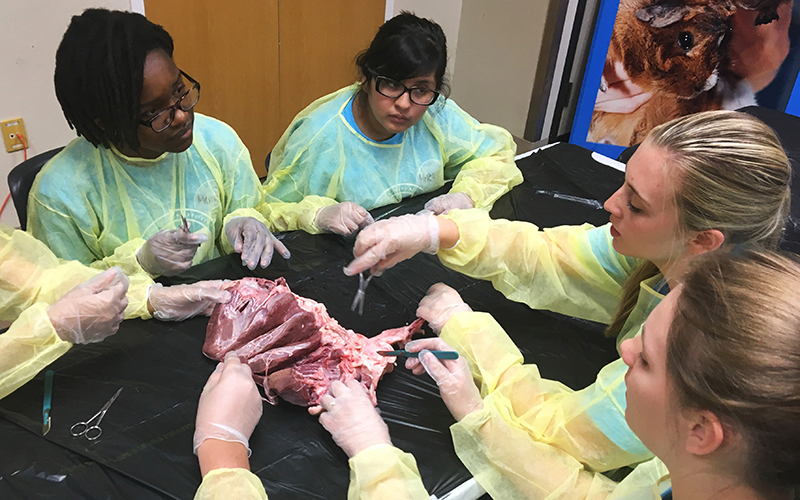 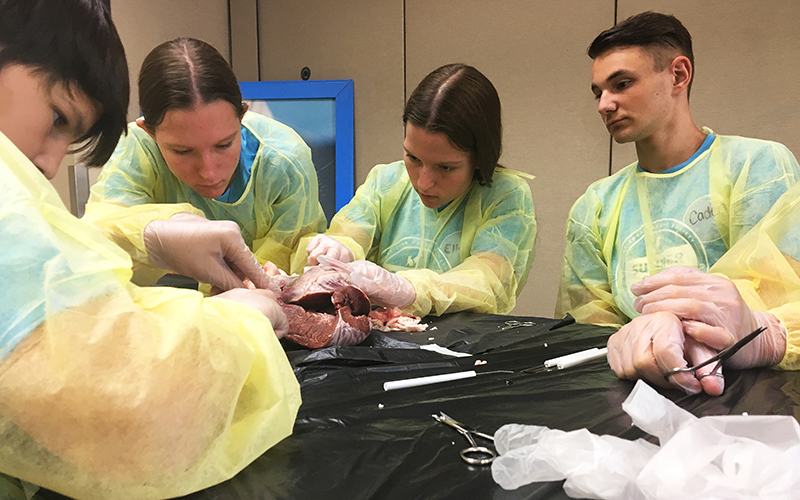 PHOENIX – For most kids, summer camp means camping and arts and crafts, but teenagers attending Arizona Humane Society’s Victory Vets Camp learn what it takes to be a veterinarian.

“They’re super excited,” Torres said. “Most organizations don’t do that.”

Torres said that the camp supplements the science education that the teens receive in school, and that the Humane Society works with low income schools in developing programs.

“It is STEM-based and as much hands-on experience as possible because we do want them to get … that real life experience at this age,” Torres said.

One of the main surgeries the camp focuses on is spaying and neutering because Torres said it is a huge part of the Humane Society’s mission and a low-blood surgery.

“It’s been very, very successful,” Torres said. “It’s one of the favorites for sure out of the entire week.”

Kaylie Moran, a 14-year-old at the Victory Vet camp, said the camp assured her that becoming a vet is the right career for her.

“I’ve been actually looking for something to do over the summer with animals and this seemed like the right thing,” Moran said.

While working with low income schools, Torres said that she noticed that many students were falling short in science and discouraged from pursuing science-based careers. The camp is a way to inspire students like Moran and push them to pursue higher education.

“It’s a pretty popular career. However, like most medical careers, students don’t make it past the first year because it can be pretty demanding,” Torres said.

The Humane Society receives a grant from the Arizona Community Foundation that allows students who cannot pay the camp fees to receive a scholarship.

The camp was created out of the Humane Society’s main focus of rescuing sick and injured animals because the kids then become advocates for “those who can’t speak for themselves,” Torres said.

“We do want to inspire kids within our own community, especially here locally around the shelter, to pursue these opportunities,” Torres said.

Torres said that she hopes that the kids who attend the camp pass the skills and love of animals to their friends and community members.

“We really want them to know that while animals are pets, they’re also our fellow living beings here,” Torres said. ” And we want them to not only show them respect, but of course, for our animals friends to be able to teach them a lot about life in general.”