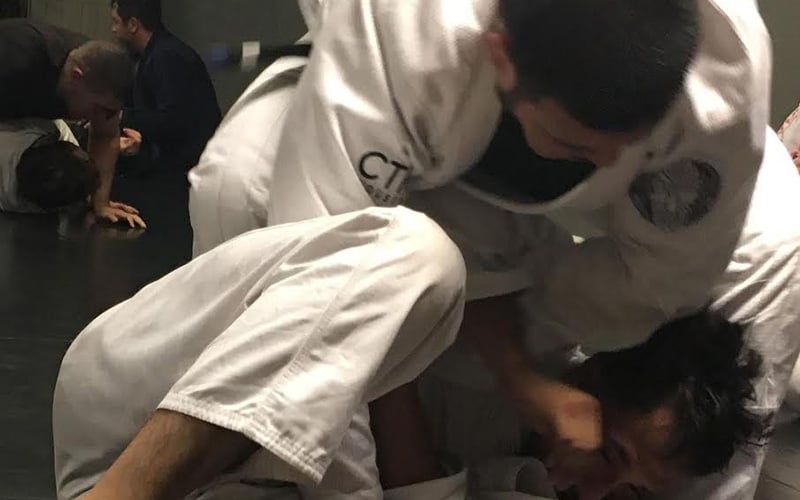 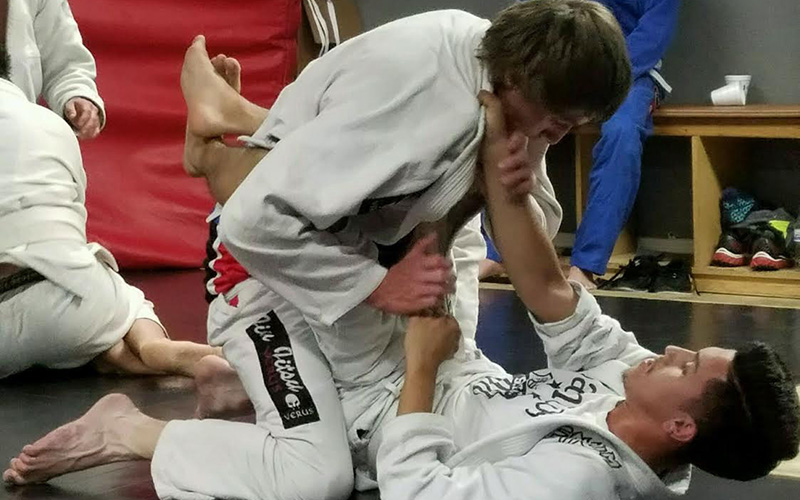 PHOENIX — Carlos Rojas served in the Navy — he enlisted before the terrorist attacks on 9/11 — and is now based in the Valley as an instructor of jiu-jitsu. He has seen how the sport can impact one’s life.

“There’s a saying we have in Brazilian jiu-jitsu that a lot of guys that have been training for a while are familiar with, and that’s ‘jiu-jitsu saved my life,'” Rojas said.

“Right after we got back from our first sets of deployments into Iraq and Afghanistan, jiu-jitsu really became a therapeutic agent for me,” Rojas said. “It became a place I could release, a place that when I had extreme levels of stress going on, whether it be from military training or married life or everything, it was a place I could let out my energy. It just became essentially . . . my therapy.”

Jiu-jitsu is a sport and martial art that was created from Kodokan judo. It is a combat sport that takes place primarily on the ground. Training partners fight for positions and look for submission attempts on their opponents. There is no striking of the opponent. Instead, expert positioning and movement is key. The competition continues until one combatant gets caught in a submission and is forced to tap. Tapping is seen as accepting defeat and acknowledging your opponent’s victory.

The physical release and therapeutic aspect of jiu-jitsu has drawn veterans to places likes Black Flag Jiu-Jitsu Club in Phoenix and led to the creation of other organizations such as Veterans Jiu-Jitsu.

Rojas said it helped him release some of the aggression and anger he had bottled up from the time he served in the military. But more than just the physical release he has gained from jiu-jitsu, Rojas says it’s helpful to find people who can relate to what you have been through.

“A lot of guys in the military have a really hard time being able to talk to professionals in the mental field, and they don’t like talking to people a lot because they feel they can’t relate,” Rojas said. “So therefore, they tend to bottle up a lot of these emotions and a lot of those feelings, but when you come to jiu-jitsu you find other guys that are like you, and you find a way to kind of express those feelings in a physical sense, and it helps guys move on.”

Joey Zente, who founded Veterans Jiu-Jitsu in Austin, Texas, said there are a few reasons why veterans gravitate toward the sport.

“I think anybody who joins the military is a sucker for punishment in their own way,” Zente said. “It’s a way that we better ourselves by putting ourselves into situations and solving these problems.

“Jiu-jitsu is definitely an extension for that. You have to really put yourself into the fire to really grow and get better, (and) of course you have that team aspect. When you get out (of) the military you lose the brotherhood of your unit and all your friends (that) are there with you every day when you’re deployed. When you get back stateside, your job may not fulfill that, so a team sport is a great way to expand on that.”

Zente hopes his gym can give veterans a place to train where other veterans will make them feel comfortable.

“We have a very special, unique school and club in the way we operate in a non traditional sense,” Zente said. “It’s totally free training (and) nobody pays any membership dues. We come and we support each other because we want to; it’s not anything to do with money or growing a gym or running a business or anything like that.”

For Zente, the sport has made a difference in his life, much as it did for Rojas.

“It definitely changed my life,” Zente said. “I got out of the Marines, and I was doing standard odd jobs whether I was working in a warehouse at one point, and I worked in a cubicle at one point. I did a lot of different things, and when I found jiu-jitsu, it took me from just having a job and a typical day-to-day routine and it gave me more of a mission holistically.”

Gilbert Olivas is the owner of Black Flag Jiu-Jitsu Club in Phoenix. It’s the club in which Rojas is an instructor. A logo depicting Veterans Jiu-Jitsu is prominently featured on a wall.

“I had one student who was crushed by a Humvee in Iraq,” Olivas said, “and he was really overweight and he had a hard time moving around, and he was with me about a year. I watched him lose about 50 pounds, gain mobility in his hips . . . He stopped drinking (and) changed his diet. He was really antisocial when he first started, and now he’s got a whole community of friends through jiu-jitsu.

“These guys, they’re all brothers and sisters in here, and like I said, the camaraderie is just through the roof. These guys, they’ve given each other the shirt off their back, man, (and) they’ve helped each other in financial pinches.

“They’re really there for each other and everything,” Olivas said.

Nathan Pearce, 28, was on active Army duty with the Airborne Infantry. He works now as a Civil Affairs Reservist in Arizona.

“There’s still sometimes a misconception about jiu-jitsu or MMA (mixed martial arts) schools, that it’s meatheads that are out to hurt people,” Pearce said. “That’s just not the case. Coming back in here there’s no one yanking on me too hard, hurting me, nothing like that. It’s immediately like everybody is welcoming at these types of places, especially where there’s a higher concentration of vets. It was immediately like we were all buds, and that’s very helpful.”

For any veterans who are hesitant to give jiu-jitsu a chance, Pearce provided some advice.

“Don’t just sit around,” Pearce said. “That’s the biggest thing. Too many guys get out (of the military), they sit around. I did it for a little bit; it sucks. Your mind gets in a bad spot. You’re not helping yourself, you’re not helping anybody else . . . get up, get moving.”

Justin Venables is a veteran who served in the Air Force and plans to go back after completing his degree from Arizona State University. He trains at Black Flag Jiu-Jitsu Club alongside Rojas, Pearce and Olivas. Like them, he has found jiu-jitsu therapeutic.

“Mentally you’re not focused about what’s going on in life (and) you kind of leave everything (at) the door and you’re focused on this one task,” Venables said. “You’re learning new concepts (and) you feel like you’re achieving and doing something. In a sense, you’re kind of doing something bigger than yourself, (and) you’re actually helping your team, much like military life.”

Rojas said: “Especially ex-military guys don’t have that outlet or somebody necessarily that they can go to and talk to. The guys that are on active duty, at least if they’re having a problem they can go to their teammates and be like, ‘Hey man, I have this going on, what do you think?’ When a guy leaves the military, they go away from the friends they’ve shared some of the most intimate moments in their life with.

“So therefore, finding a place to relate is very difficult, and by the effort that this sport requires, you find that commonality with people, a lot of veterans, but also with people who have never been veterans but have gone through their own struggles in life. That allows that kind of family atmosphere to remain.”