Composer Michael Abels, a Valley native, with Jordan Peele, the writer and director of the movie “Get Out,” for which Abels wrote the music. (Photo courtesy Michael Abels)

WASHINGTON – Before he was asked to score the hit Hollywood movie, “Get Out”; before he began writing symphonies; even before he was a member of the Phoenix Boys Choir, Michael Abels was just a kid in the Valley who loved music.

“I fell in love with music at an early age,” said Abels, in a recent phone interview from his home in Los Angeles. “Music affected me profoundly.”

But Abels said he knew early that music would be more than a hobby.

“It was never a question of how music influenced me, but how I would influence it,” he said.

The music came naturally to the kid from Madison No. 1 Elementary and Camelback High School, said his longtime friend, Mark Russell Smith.

“As kids we didn’t see music as anything unusual, but a God-given talent,” Smith said. “We were just two guys who were good at music, we enjoyed sharing and performing our music.”

But Smith, who is now music director and conductor of the Quad City Symphony Orchestra in Iowa, saw evidence of Abels’ talent early. He recalled being the best pianist in their second-grade class until Abels, who had been playing piano since age 4, came along. The new kid’s talent suddenly “made the cello more appealing,” Smith said.

“I have fond memories of us playing the piano at my house,” Smith said. “I understand his musical language.”

They were collaborating by eighth grade, when Abels wrote his first orchestra piece, which Smith conducted. Smith, a fellow Phoenix Boys Choir alum, was conductor for the 1991 premiere of Abels’ orchestra composition, “Global Warming.”

Georg Stangelberger, artistic director for the Phoenix Boys Choir, called Abels “a great composer” who has written several pieces for the choir, including medleys of “World of Carols” and “Somewhere Over the Rainbow.” 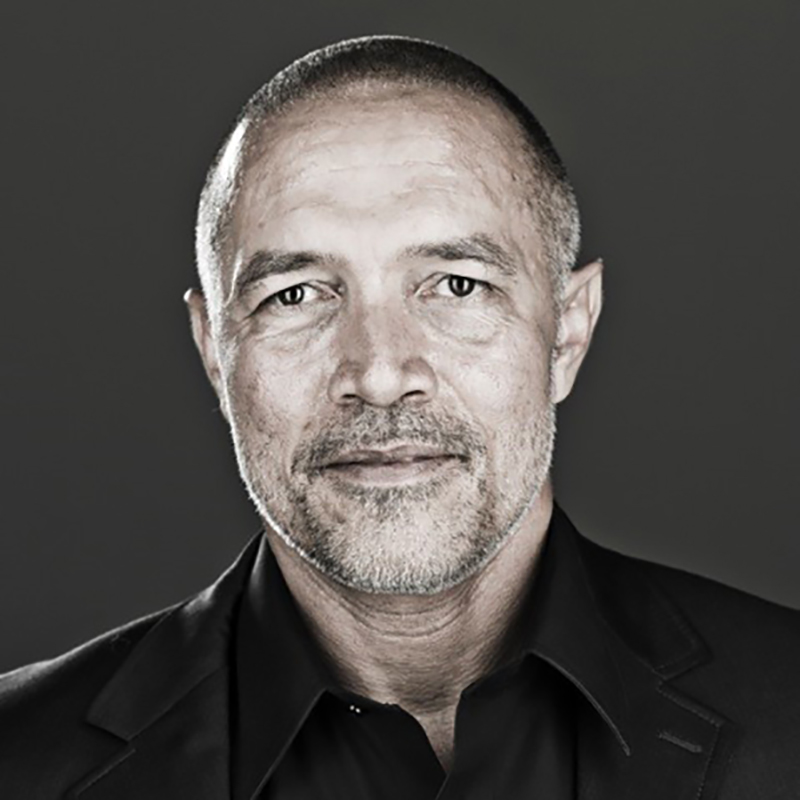 Michael Abels had two decades of composing experience but had never scored a movie before Jordan Peele approached him to do “Get Out.” (Photo by Eric Schwabel)

“When we perform Michael’s compositions, people get curious and want to know who composed the arrangement,” said Stangelberger, who said the “Somewhere Over the Rainbow” arrangement is a crowd favorite for the choir.

Even though he has more than 20 years of professional music experience, Abels had never scored a movie before “Get Out.” For that reason, he was surprised to hear that the movie’s director and writer, Jordan Peele, had asked for Abels specifically.

“I was skeptical the first time I heard that Jordan Peele had a desire to work with me,” Abels said.

And the movie is not a typical classical music vehicle. The story, about an interracial millennial couple who travel to a wealthy white community to meet her parents for the first time, toggles between horror and comedy as it explores lingering racism against a backdrop of seeming liberal acceptance.

As he worked with Peele to develop the music, Abels said he wondered if the hidden messages in the movie were a “hit or miss.”

“I didn’t really know if people would understand the entire message of the film,” he said.

As a black man, Abels wanted “the African American voice to resonate in the film.” But Peele did not want to default to gospel or blues because they were too obvious and he “felt that those genres of music have aspects of joy” that did not communicate the message of the movie, Abels said.

Ultimately, he was able to compose a theme song that fulfilled Peele’s desire to bring out the scary parts of the movie. The whispering voices in “Sikiliza Kwa Wahenga” represent dead slaves and lynching victims warning the protagonist in Swahili.

“Throughout the song, the ancestors sing, ‘Brother get out,’ because there’s layers of meaning in the word brother for our community,” Abels said.

“In the song, I wanted the audience to get the message that Chris (the protagonist) should run away and listen to the elders: Get out – save yourself,” he said.

The success of the movie – made on a $4.5 million budget it had grossed more than $170 million domestically by the end of April – shows that “people did understand the movie and paid attention to detail,” Abels said.

“I’m delighted by the success of the movie,” Abels said. “It’s a film that has so many layers.”

As a longtime friend and fellow musician, Smith was struck that a classical music composer had that much impact on such a large audience.

“I’m so proud of him and support him,” he said. “I want him to keep creating rich musical pieces like when he first began with ‘Global Warming.'”

For Abels, it’s just another step in the journey that began as a kid in the Valley.

“I always dreamed of being a musician,” he said. “When I was a kid, I always discovered something new and fell in love with different pieces of music.”