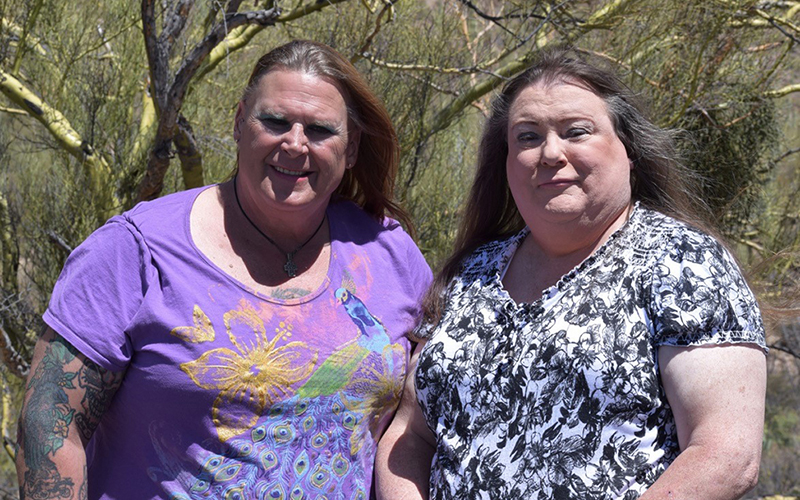 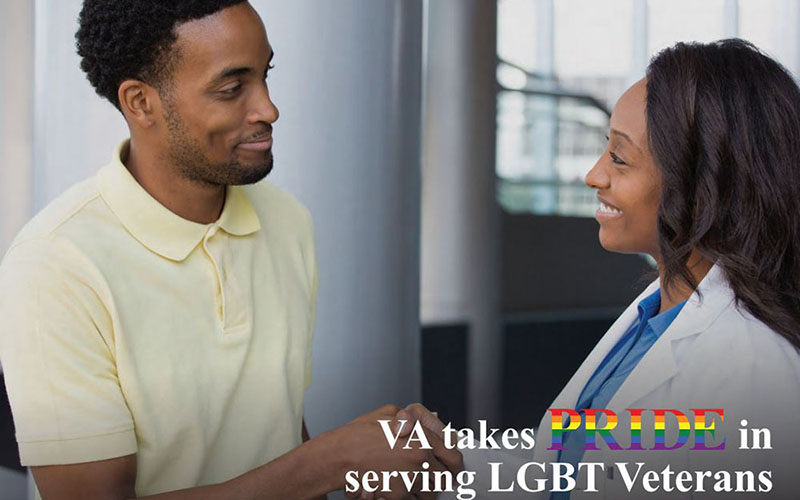 WASHINGTON – It was Nov. 30, 2011, when Stephanie Donoghue quit her job as a software developer, left the office at 4 p.m. and got a steak dinner before heading home to shuck her male clothes – and her male persona.

That was the last time that Donoghue, a transgender Air Force veteran who had been living part-time as a woman for several years, presented herself to the world as a man.

Now she can be found for a half-day every month volunteering as a “transgender advocate and support person” at a transgender clinic in the Southern Arizona Veterans Health Care System in Tucson, one of just four such clinics in the entire Veterans Affairs system.

Donoghue and others at Tucson facility said that if anyone is upset about the introduction of the transgender clinic, they haven’t heard about it.

“I think that the most important thing is acceptance,” said Leslie Minjarez, manager of the women’s veterans program manager at the facility.

Donoghue is part of a specialized medical team – two primary care providers, two pharmacists, a clinical psychologist, a registered nurse, an OB-GYN specialist and a licensed social worker – that provide what she calls the “one-stop shop” that didn’t exist for her.

“They (transgender veterans) have some unique medical needs, as well as psycho-social needs that are a little different than patients that are not transgender,” Minjarez said.

Since its opening in 2015, the clinic has gotten generally positive feedback, said Minjarez. Housed in Building 81, the women’s veterans facility on the Tucson campus, the clinic is open on the third Wednesday of every month, for half a day.

After starting with 135 patients, the clinic has expanded to serve 165 transgender patients in the Tucson area, as well as others from around the country, who can work through their VA physicians with staff at the Tucson center.

Advocates push to include gender, sexual orientation on 2020 Census

On a given clinic day, the team may see three or four vets. They start in a group session, where they are informed of services the clinic and VA can provide, like hormone prescriptions, speech therapy and mental health counseling, and what it cannot: gender reassignment surgery.

From there, patients meet one-on-one with specialized staff members to address mental and physical needs they may have.

Minjarez said there is no waiting list, but there is demand. The clinic prioritizes veterans based on their level of need, but is looking to expand to support the growing number of patients seeking help. Those who cannot get into the regular sessions can meet with individual team members outside clinic hours.

The center also hosts what Minjarez said is a “well-attended” support group every Friday for transgender veterans.

Navy veteran Sue McConnell, 64, has been attending the support group religiously since moving to Tucson from Washington state in 2012.

During that move, she lost her motor home and almost all of her belongings in a fire, leaving her virtually homeless. She said a social worker from the transgender support group put her in touch with a homeless veterans program that helped her find a place to live.

“If I hadn’t had the group, I don’t know what would have happened,” McConnell said.

After joining the support group, McConnell started volunteering elsewhere at the Tucson VA, racking up more than 2,700 volunteer hours. Her service by 2014 made her the hospital’s female volunteer of the year, she was the first transgender woman to win the award.

Donoghue said the VA has been seeing transgender patients since the 1990s, but it was not until 2011 that the VA directed all facilities to care for transgender patients “without discrimination in a manner consistent with care and management of all veteran patients.” That directive was updated in 2013.

It was not until last June that openly transgender people were allowed to serve openly in the military.

The Veteran’s Health Administration “decided that we are going to provide this care, and we felt that there was an opportunity to bring together an interdisciplinary group that would provide holistic care for transgender veterans,” Minjarez said.

Donoghue began what she called her “part-time transformation” in the early 2000s. She prefers the term “transformation” over “transition,” saying the latter “implies you’re going from one thing to another thing … I have been a female, I was just forced to live as a male for some of my life.”

Donoghue said she was born intersex, meaning she has a genetic makeup that displays both male and female characteristics. She knew she was a woman on the inside, but did not legally change her gender and name until 2012.

Her role at the clinic involves helping other veterans complete the paperwork for name and gender changes and answering other non-medical questions about transitioning.

While the VA will not do the actual gender-reassignment surgery, it will help veterans prepare mentally and physically for operations through counseling, hormone treatment and blood work, and will provide post-operative care as well.

Before the clinic, a transgender veteran could get help with those services, but they were scattered. Donoghue said the clinic provides a “single focal point” where a veteran can get most of those services, the type of one-stop shop that was not available for her.

But Minjarez said the clinic is more than just convenient.

“We listen, we’re available and we practice in a safe, warm and inviting environment,” she said.