Steve Ronnebeck, left, and Mary Ann Mendoza said their pleas to the Obama administration fell on deaf ears. Both lost sons in crimes committed in Arizona by an immigrant in this country illegally. (Photo by Andres Guerra Luz) 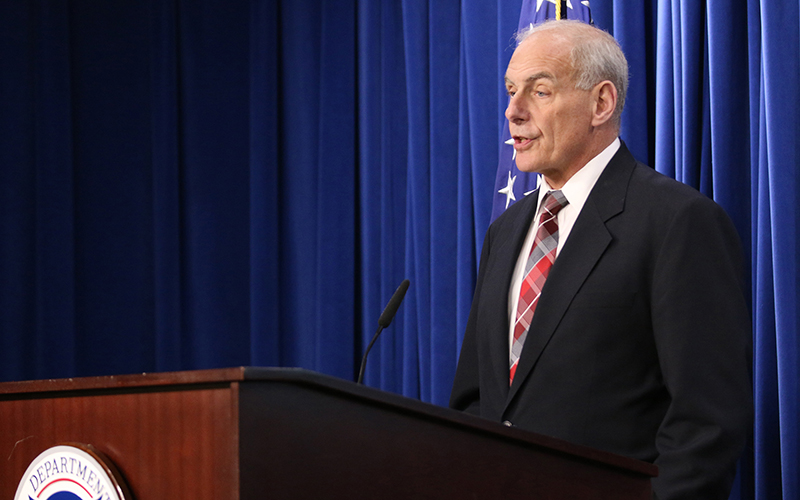 Homeland Security Secretary John Kelly at a ceremony to open the Victims of Immigration Crime Engagement office, or VOICE, said it will help victims of crimes “too often ignored.” (Photo by Andres Guerra Luz/Cronkite News) 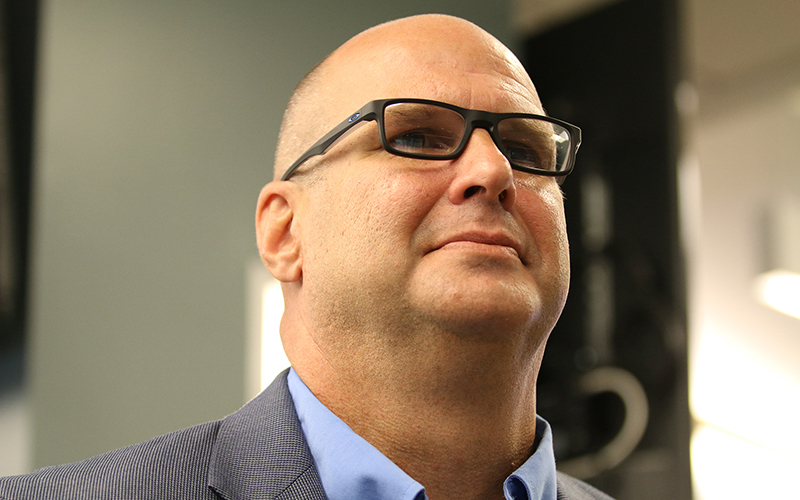 Steve Ronnebeck, whose son Grant was killed during a 2015 robbery by an immigrant here illegally, said the creation of an office to help victims from immigrant crimes brought a sense of relief. (Photo by Andres Guerra Luz/Cronkite News) 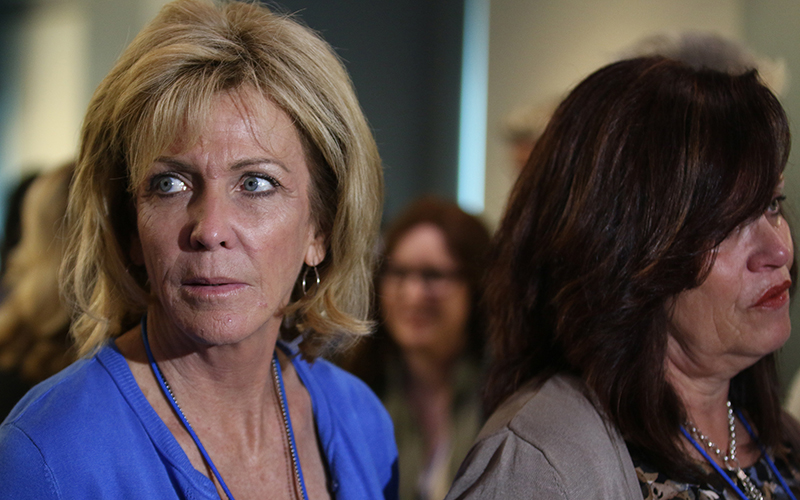 Mary Ann Mendoza, whose son Mesa Police Sgt. Brandon Mendoza was killed by a drunken driver, called it “huge” that the president listened to victims’ families and opened an office to help them. (Photo by Andres Guerra Luz/Cronkite News)

WASHINGTON – A new federal office that will assist victims of crimes committed by immigrants brought “relief and a sense of accomplishment” to parents of Arizona crime victims, on hand Wednesday to witness the opening of the office.

The Victims of Immigration Crime Engagement – or VOICE – office fulfills a pledge by President Donald Trump, who often pointed on the campaign trail to crime survivors like Mary Ann Mendoza and Steve Ronnebeck, whose sons were killed by illegal immigrants in Arizona.

“It feels amazing,” said Ronnebeck, whose son Grant was shot and killed in 2015 during a robbery by an undocumented immigrant. He called the program a “perfect start” toward addressing these crimes that they say for too long have been brushed under the rug.

Immigration advocates have criticized the creation of the office, which they said will further criminalize immigrant communities in this country. Some advocates see the program as a way to justify aggressive enforcement against immigrants, who they said commit crimes at one-third the rate of native-born residents.

But Homeland Security Secretary John Kelly, at a ceremony to launch the program, said it will help victims who “are too often ignored.”

The program, which will be part of Immigration and Customs Enforcement, uses existing agency resources to help crime victims track public information on suspects accused in their crimes and to help answer victims’ questions about the immigration process.

The VOICE office includes 12 call centers staffed by ICE personnel who will direct victims of immigrant crime to resources like the Homeland Security Department’s new Victim Information Notification Exchange, which provides updates on the status of the accused.

But advocates charge that the office paints immigrants “with the brush of collective guilt” and “dehumanizes” them.

Frank Sharry, executive director of the immigrant-rights group America’s Voice Education Fund, said in a statement Wednesday that creating the office is “disgusting and dangerous.”

“The federal government has set up an entire office dedicated to the proposition that immigrants are uniquely criminal,” Sharry’s statement said. “This is as untrue as it is unfair.”

Homeland Security spokesman David Lapan said that the office was not created because undocumented immigrants necessarily commit more crime than U.S. citizens, but because such crime exists at all.

Mendoza said the office gives victims and their families some place to turn when they are subject to crimes committed by removable immigrants.

Her son, Mesa Police Sgt. Brandon Mendoza, was killed in 2014 when a drunken driver on the wrong side of the road hit his car head-on. The driver, who was in the country illegally, had been arrested previously on other criminal charges but was released.

Mendoza said she wrote to then-President Barack Obama, but never got a response. Ronnebeck said his calls to the Obama administration for justice “fell on deaf ears.”

Both praised Trump for working to help victims and their families. Mendoza said it’s “huge” that the country now has a president “who’s listened to us and who has actually followed through with what he said he was going to do.”

“Now we have somebody who’s going to be actually working for the victim,” she said.

Ronnebeck said he felt “relief and a sense of accomplishment” with the opening of the VOICE office.

“It’s another promise that our president has kept,” he said.