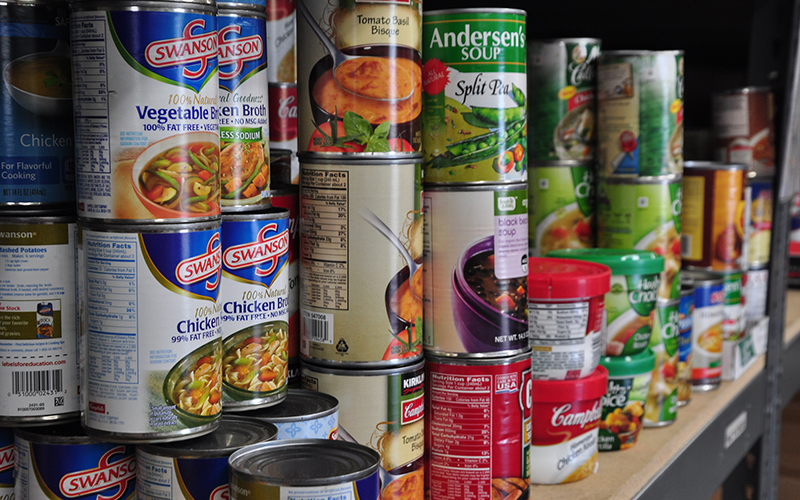 File photo of a food pantry. Officials at Maricopa Community Colleges say they have food pantries or other meal assistance available for students on all 11 of their campuses, part of their effort to help the “whole student” succeed. (Photo by Salvation Army USA West/Creative Commons) 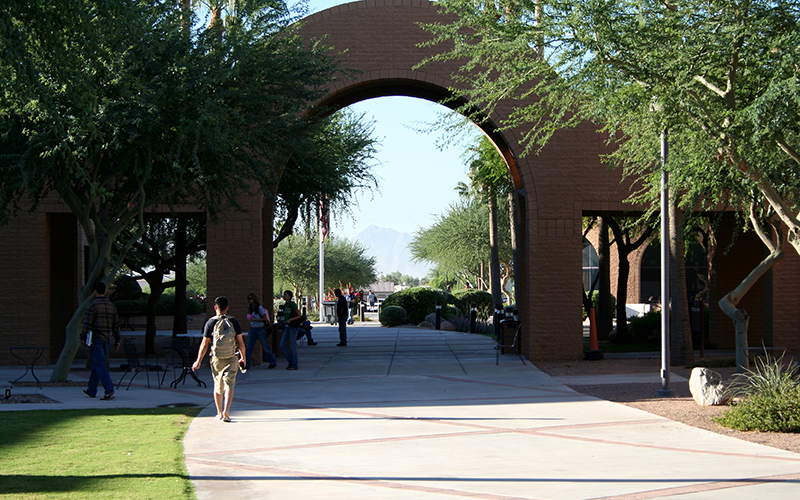 Students walk across Estrella Mountain Community College, one of the campuses of the Maricopa Community Colleges. As many as 30 percent of Maricopa students reported some level of food insecurity in a recent survey, mirroring national numbers. (Photo by Alan Levine/Creative Commons)

WASHINGTON – Sunny Price knows what it’s like to try to keep up with college studies when you don’t have enough to eat.

“It’s not focusing on the studies, or what I learned today, or how can I apply this to my life, or let me do my homework, oh, I got a report tonight,” said Price, a student at Mesa Community College.

“It’s just, where is my next meal going to come from and where am I going to sleep tonight?” said Price, who now serves as the community college director for the Arizona Students’ Association.

She’s not alone. Authors of a recent national report on hunger and homelessness on community colleges said their survey showed that, in Arizona, a little over one in 10 community college students may be in danger of being homeless and more than 30 percent may experience extreme food insecurities.

The Wisconsin HOPE lab surveyed about 33,000 students at 70 community colleges across the country, including 11 in Arizona, which mirrored the national results.

The research did not come as a surprise to Maricopa Community Colleges or students that struggle with those issues.

Robert Schwing, a spokesman for Maricopa Community Colleges, was aware of students such as Price long before the study was released. He said the Arizona colleges that participated in the study – all of which are within the Maricopa Community Colleges district – have been trying to be more than just a simple “supplier of education” but an organization that helps the “whole student.”

“Being a student is a job,” Schwing said. “Just like it’s detrimental to your job or my job performance if we showed up to work in the morning without eating for two days.”

He said every campus has one form of food bank or another, or provides other meal assistance, as well as referral services for housing.

“You can’t go to one of our facilities, one of our colleges, and not encounter these kinds of services,” Schwing said.

Food insecurity ranges all the way from uncertainty about where your next meal might come from to knowing you are not going to eat today without help, the category that the 30 percent of students like Price fell into.

Housing insecurity is generally not permanent homelessness, but may mean couch-surfing or sleeping in your car or a shelter. Price recalls working with students who would have to choose “do I go to Phoenix on a park bench or do I go to MCC outside.”

Cynthia Zwick, executive director of the Arizona Community Action Association, said she was not surprised by the numbers in the report.

“It’s consistent with other numbers in our experience here in Arizona in that we have significantly high number of people who are struggling generally with food insecurities,” Zwick said.

One of the report’s authors, Sara Goldrick-Rab, said the study confirmed her belief that community college students weren’t simply struggling to afford “books or laptops” but that there was a large population “struggling to even be able to afford food.”

And the report may not even have captured the full extent of the problem, Goldrick-Rab, said because of the stigma associated with hunger and homelessness, particularly among college students.

“The system has convinced the people within the system, if they can’t afford to go to college they failed, if they’re hungry in college then they failed,” she said. “So, they’re really afraid to come forward.”

Even though the Maricopa colleges are aggressively pushing help toward students, Schwing and Price said many still students struggle due to a lack of awareness and due to the stigma that can come with reaching out for help

Schwing urged others to do what they can, when they can, to help struggling students.

“When you have the opportunity to make a contribution to the food pantry, either in product or in cash or volunteer time, do so because this can happen to any of us,” he said. “And it’s only based on the concern or generosity of all of us that we can help this not happen.”

Price said the situation on campus is better from the times when she struggled to find food, and she had a simple message for those who are still struggling.