Driverless cars back on the road, along with public’s qualms 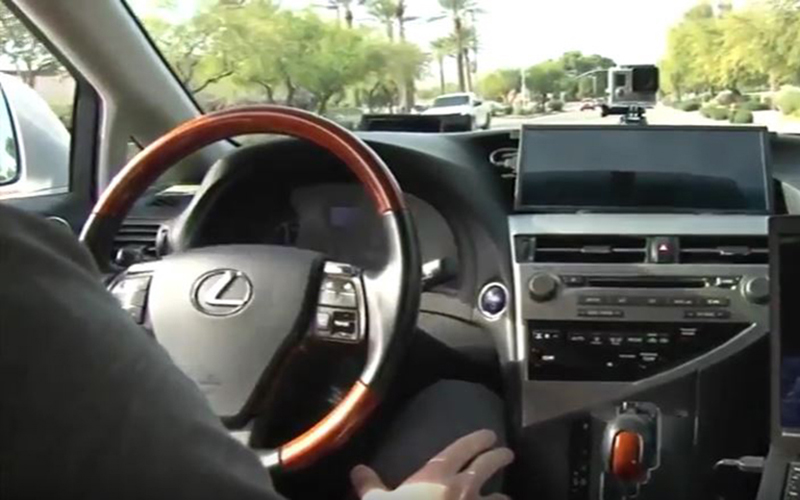 Several companies are testing driverless cars in Arizona, including Uber. For now, the cars still have a human sitting behind – but not holding – the controls. (Cronkite News photo) 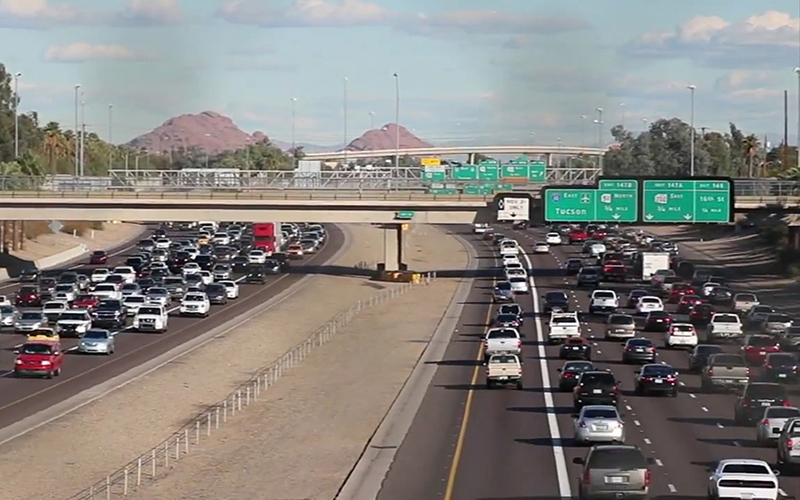 Driverless technology may be coming, but its acceptance may not. A poll by AAA showed three in four people said they would be afraid to ride in a self-driving car. (Cronkite News photo)

WASHINGTON – Self-driving Uber test vehicles are back on the road in the Valley, but not before the crash that temporarily sidelined the cars put the question of autonomous vehicles’ safety in the headlights.

Uber briefly suspended its self-driving test program after one of its driverless cars was involved in an accident last Friday in Tempe. The Uber SUV was southbound on McClintock at 6:25 p.m. when it was hit by a northbound vehicle that was trying to make a left onto Don Carlos Drive.

The crash was severe enough to roll the Uber on its side, but no one was seriously hurt. Tempe police determined that the Uber had the right of way and the driver of the other car was at fault.

Uber, one of several companies testing driverless cars on Arizona roads, was confident enough by Monday to put its test cars back on the street – where they will be sharing the road with drivers who may not be thrilled about having autonomous vehicles in traffic with them.

A survey released this month by AAA said that three out of four drivers reported being afraid to ride in a self-driving car, and just 10 percent said they would feel safer sharing the road with one. Those numbers are almost identical to the results of the same survey last year.

“While the safety advocates and highway advocates think that this is the new great frontier, it appears that drivers are really uncomfortable with the whole prospect,” said John Townsend, a spokesman for AAA Mid-Atlantic.

But others see possible benefits to self-driving car technology at a time when highway deaths nationally have been rising.

The National Highway Traffic Safety Administration reported that 17,775 people died on the nation’s roads in the first half of 2016, the most-recent period for which numbers are available. That was a 10.4 percent increase over the same period in 2015.

The nonprofit National Safety Council estimates the death toll for all of 2016 could be as high as 40,200. With experts agreeing that human error is to blame in well over 90 percent of accidents, the center thinks driverless car technology may be the next step in the evolution of vehicle safety.

“At one point it was just enough to survive the crash, now we want to put in technologies that can prevent the crash from happening in the first place,” said Kelly Nantel, the National Safety Council’s vice president of communications and advocacy. “That’s where automated vehicles and advanced driver-assist systems really can come into play.”

Commercialization of the technology may not be that far off. Arizona-based Local Motors has been testing an autonomous shuttle, called “Olli,” that it hopes to roll out in the next year or two.

“We’re wholly optimistic about this technology. We are focusing our company on the commercialization of the Olli in 2017 and 2018,” said David Woessner, general manager of the Local Motors facility in National Harbor, Maryland.

While automakers and advocates press forward with the technology, state legislatures and Congress are still grappling with how the cars should be regulated. At a hearing last month before a House Energy and Commerce subcommittee in Washington, one expert told lawmakers the technology needs more testing.

“It’s like allowing teenage drivers on the road,” said Nidhi Kalra, a co-director and senior information scientist at the RAND Center for Decision Making Under Uncertainty. “They may not be safe drivers yet, but they need good driving experience to become safe drivers.”

Congress has held several hearings on the topic in the last year, with more planned in the next few months to determine whether it’s time to tap the brakes on the technology – or hit the gas.

“There are a lot of things we don’t know yet, but we do know that technology holds the promise for the future,” Nantel said.