“I crawled all over that court,” he said. “When I was old enough to play on the outside court at about age 6, he allowed me to come play with my older brothers and friends.”

Tuesday morning, just a few days from the beginning of the NCAA Final Four, the 54-year-old Colter stood on the outdoor court, now named after his father, for the dedication of $300,000 in refurbishments made to the park as part of the NCAA Legacy Project. 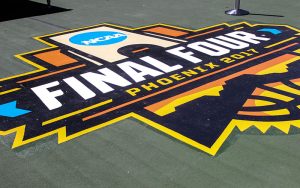 “I’ve lived in various cities, but when I retired Phoenix was still home,” he said. “That’s why this is extremely special to me. Harmon Park is more than a park, it literally is my second home.”

Plans for the court were created by the NCAA, the Phoenix Local Organizing Committee (PLOC) and the Arizona Sports and Tourism Authority, and went beyond adding fresh paint to the floor.

“When we toured Harmon Park, I don’t think the NCAA could have said no to Steve Colter,” Rogers said. “He sold it like I’ve never seen anyone sell it. There’s so many people who have played on these courts and he really encapsulates that whole history.”

The park, located at 1239 S. Fifth Ave., was built in 1927 and has been a training ground for some of the most revered college and professional players with ties to the Valley. Colter, who played in the NBA for eight seasons, is one of them.

Others who have played there and went on to the NBA include Lafayette “Fat” Lever, Nate “Tiny” Archibald, Connie Hawkins and “Jumping Joe” Caldwell.

“We all played here. We are all alive to say that we came from here,” Caldwell said. “Steve’s dad is not here but all the guys that I played with back in those days, they are still around and walking pretty good. Those are the fine memories I had. It made me who I am today.” 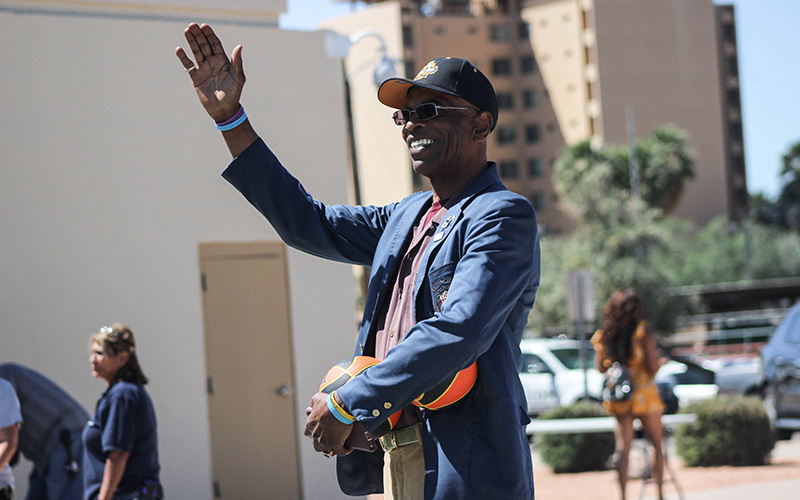 Along with the retired NBA legends, students and city officials, Adam Pilot, a coach at nearby Lowell Elementary, watched as the nets on the outside hoops were cut. A few of his players took to the court to play a 3-on-3 game, the first game action on the new court.

Lowell is located in a lower-income area, and the renovations provide a better place for organized after-school sports programs. But there also intangible benefits.

It allows the neighborhood’s kids to dream big, as Colter once did at Harmon Park.

“To have access to a person that has reached the level Steve has, what more can you ask for?” Pilot asked. “If you want to know what it’s like or get insight, who better to ask than someone who came from this area, works in this area and has been where a lot of kids dream to go?”

Pilot said that the way Colter does helps kids makes him an automatic hero. But to Colter himself, the hero is his dad.

“To see this come to fruition was my dad’s dream,” he said. “I really wish he would have seen this.”