Congress voted to roll back a federal rule that would have required internet service providers to get a customer’s OK before it could collect or sell the customer’s data. (Photo by Yuri Samoilov/Creative Commons) 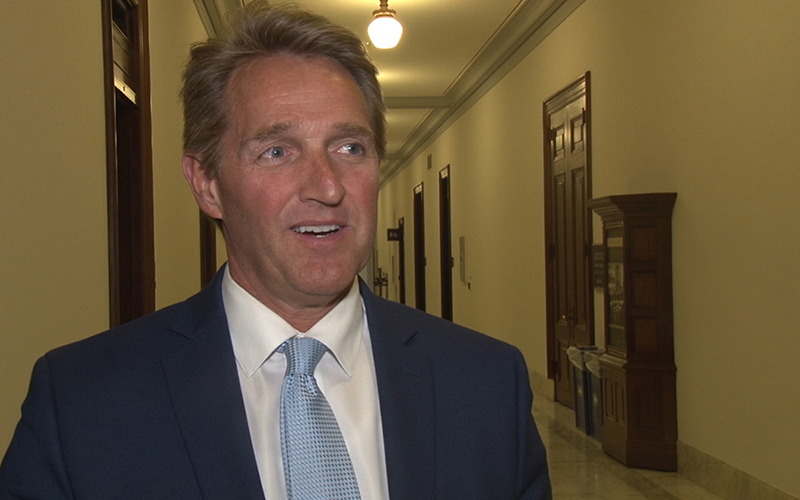 WASHINGTON – The House voted Tuesday to repeal an Obama-era regulation that would have required internet service providers to get explicit consent before selling customer data, a policy that critics said would have stifled business.

The 215-205 House vote followed a 50-48 vote Thursday in the Senate under the Congressional Review Act, which gives Congress expedited authority to repeal recent regulations and prevents the agency in question from enacting substantially similar rules.

The resolution was first proposed by Sen. Jeff Flake, R-Arizona, chairman of the Senate Judiciary Privacy, Technology and Law subcommittee. He said the Federal Communication Commission regulation that was overturned was duplicative of existing Federal Trade Commission regulations, and that it would only apply to ISPs but not search or social media companies like Google or Facebook, which also collect customer data.

“It treated data differently based on who controlled the data rather than what the data was, and that’s inconsistent regulation and that’s never a good thing for technology moving forward,” Flake said Monday. “Hopefully now, we can simply move forward in a uniform way, a methodical way, and the Congress can do it rather than an agency.”

The FCC regulation was posted in December and never had the chance to take effect. But internet privacy advocates said it clarified and added guidance on the implementation of the 1996 Telecommunications Act, which laid out privacy guidelines for telecom companies.

“In the past, (companies) could push it,” said Ernesto Falcon, legislative council with the Electronic Frontier Foundation.

Falcon was also concerned by lawmakers’ use of the Congressional Review Act, because of its prohibition on similar regulations going forward.

“Say it (an ISP) does something egregious with (customer) information, the FCC will say they violated the underlying law, but a company can turn and say Congress said they can’t enforce that,” Falcon said. “A reasonable judge could rule both ways.”

While Flake and others say the FTC can regulate privacy issues, Falcon cited a 2016 ruling from the 9th U.S. Circuit Court of Appeals that said the commission doesn’t have jurisdiction over “common carriers” like AT&T or Verizon. Removing the FCC’s ability to regulate those ISPs would leave those in the 9th Circuit – which includes Arizona – without recourse, he said.

But the court’s ruling did not take away the FTC’s ability to “to regulate if an instance of harm has been demonstrated,” said Katie McAuliffe, an executive at both Americans for Tax Reform and at Digital Liberty.

“You can still make complaints on consumer harm, or anti-competitive behavior. The FTC can still rule out bad actors. You don’t necessarily need new rules,” she said.

McAuliffe conceded that the FCC regulation would have increased privacy, but it would have been “privacy for privacy’s sake,” hindering utilization of services that rely on customer data, like navigation apps.

“The way the FCC changes it, it would be a full opt-in regime,” she said. “It’s almost overload, in that sense. A lot of that information that’s collected gives customers innovative apps and innovative services that we get at a low cost or for free.”

“It’s sort of vilifying,” she said.

She maintained that it also would not be as simple as opting out, as the regulation would have prohibited ISPs from offering any service that would not function without customer opt-in.

The repeal measure still needs the president’s signature, which Flake and Arizona tech industry members said they look forward to.

“Our members who are providers of broadband and telecommunications services will be pleased if this rule goes away,” said Steve Zylstra, president of the Arizona Technology Council. “It is unnecessary and just adds another layer of regulation.”

But Falcon said that lawmakers should be wary of repealing regulations just because they were approved in the prior administration.

“I think what the problem is, is the cable and telephone industry was very good at tying this to President Obama,” he said. “There’s this euphoria over, everything Obama did was wrong and we need to reverse it. The desire to push back anything done by the previous administration is high, regardless of consequences.”