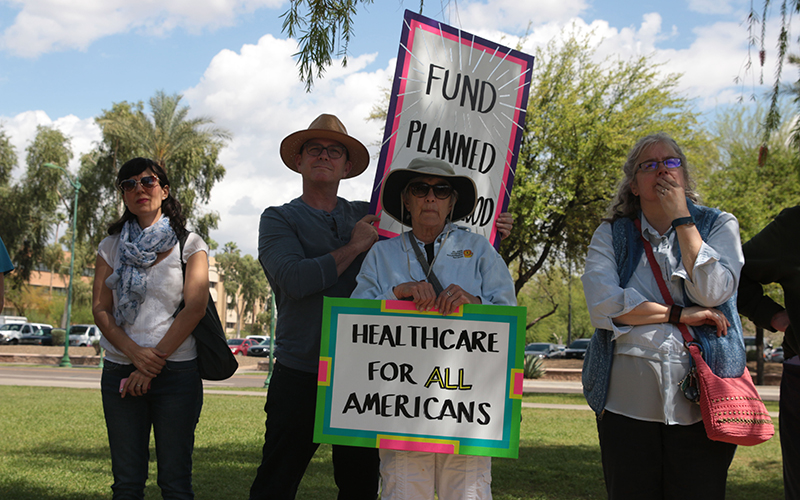 PHOENIX – Dozens of people gathered at the state Capitol Thursday cheered after the House of Representatives delayed its vote on healthcare legislation to replace the Affordable Care Act, or Obamacare.

“We’ve held them off for a few hours,” said Rodd McLeod, a spokesman for the Alliance for Health Care Security who also organized the event. “We’re going to keep fighting.”

The House had planned to vote Thursday, but leaders had trouble rounding up enough votes, according to The New York Times.

Speakers had gathered at the state Capitol to criticize the proposed American Health Care Act. The speakers warned about the impacts the act could have on Medicaid in Arizona as well as its potential to create difficulties for people with pre-existing conditions if they let their coverage lapse. 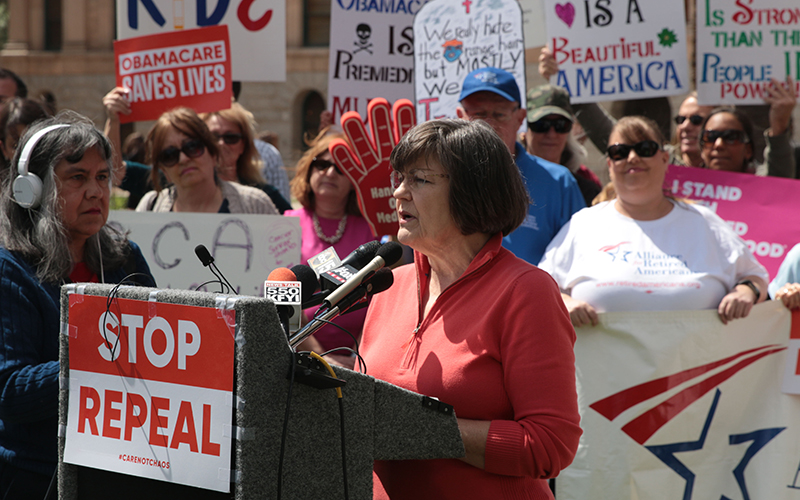 A report by the Congressional Budget Office indicated the proposed legislation would reduce the federal deficit by $337 billion between 2017 and 2016, but millions of Americans would lose health insurance coverage. Fourteen million more Americans would be without coverage in 2018, according to the report.

Cancer survivor and Phoenix resident Toni Bannister, who bought insurance coverage on the marketplace created by the Affordable Care Act, said the system has been great for her and her family. She worries what will happen with her sons’ health care in the future.

“I’m praying to God this legislation doesn’t go through,” Bannister said. “Medicare for everybody is just incredibly important. And health care is not a privilege, it’s a right.”

Alida Montiel, the health systems director at the Inter Tribal Council of Arizona, said about half of the Native Americans in the state are currently on Medicaid. Of these, 42,000 were covered during the state’s most recent Medicaid expansion, Montiel said. 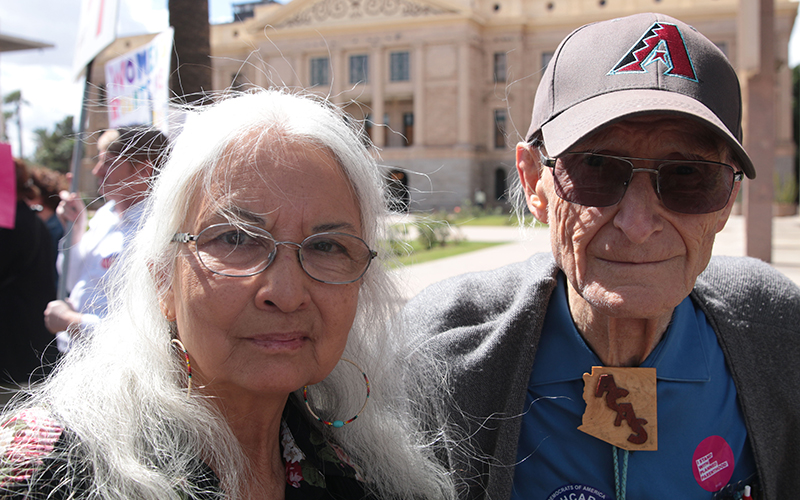 Alida Montiel said about half of Native Americans in Arizona are on Medicaid. Dr. Leland Fairbanks (right) worked for the Indian Health Service. (Photo by Courtney Columbus/Cronkite News)

McSally said in a statement released Monday that she supports an amended version of the act. She called the changes “victories for Southern Arizona – including billions in increased resources for states to provide robust coverage for the most vulnerable.”

McSally referred to Obamacare as “an unmitigated disaster in Arizona.”