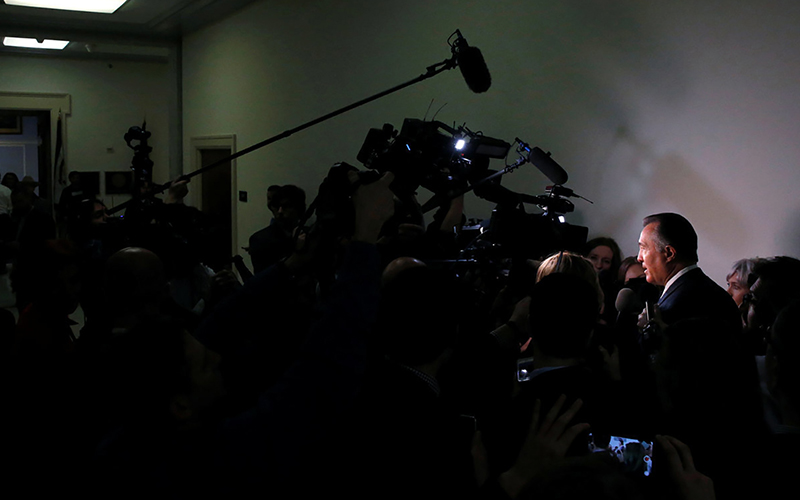 Rep. Trent Franks, R-Glendale, is a member of the House Freedom Caucus that has criticized a GOP plan to replace Obamacare as not going far enough. Franks spoke in the Capitol after a caucus meeting at the White House. (Photo by Jonathan Ernst/Reuters) 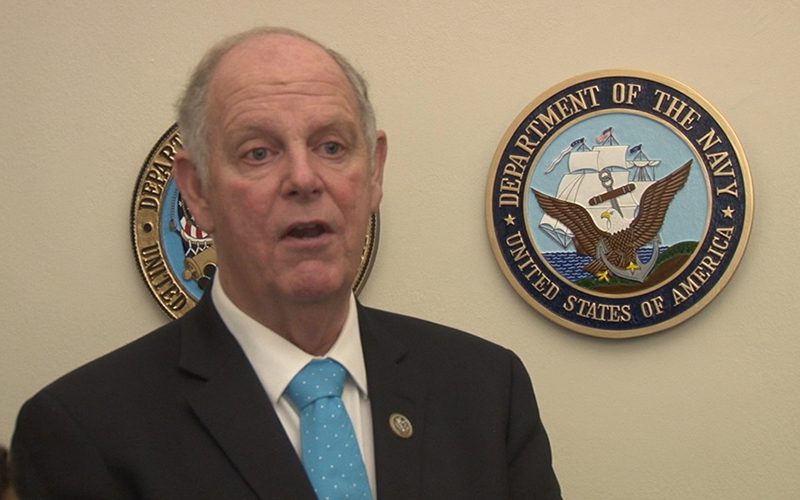 Rep. Tom O’Halleran, D-Sedona, accused Republicans of putting politics before people with their plan to replace the Affordable Care Act, which he said will hurt Medicare and Medicaid and raise costs for the elderly. (Photo by Marisela Ramirez/Cronkite News) 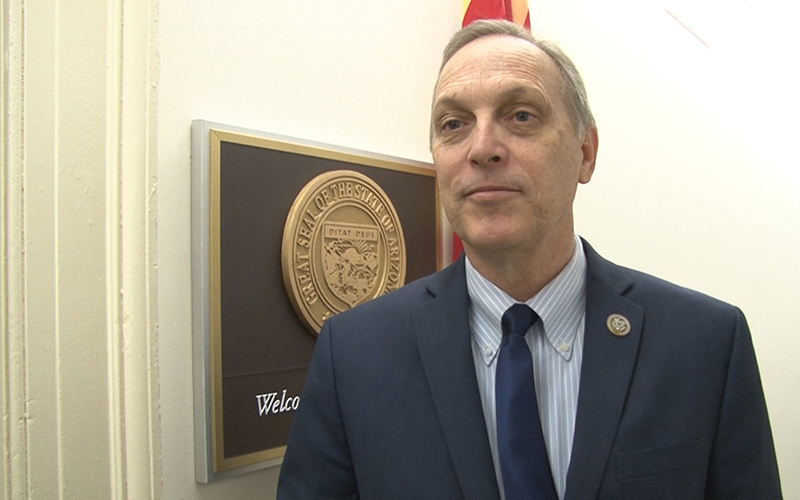 WASHINGTON – On the seventh anniversary of the Affordable Care Act’s signing, House Republican hopes to vote on an Obamacare replacement were dashed Thursday when leaders failed to quell an uprising by conservatives in their own party.

House Speaker Paul Ryan canceled an expected vote on the American Health Care Act in the face of critics, led by members of the fiercely conservative Freedom Caucus, who said the GOP measure did not go far enough to deconstruct the ACA. Democrats, meanwhile, remained staunchly opposed to the bill, which they said would cost millions of Americans their health care.

That left House leaders without the required number of votes to pass the bill Thursday.

Those divisions were reflected in the Arizona delegation, where Republican hardliners like Reps. Paul Gosar, R-Prescott, and Andy Biggs, R-Gilbert, said the bill “keeps the framework of Obamcare in place.”

Democrats hailed the hitch in the bill’s progress.

“I think it’s great,” said Rep. Ruben Gallego, D-Phoenix. “Hopefully this legislation is imperiled and goes away. It was a bill designed to give tax cuts to the rich, it was not to actually improve or replace Obamacare.”

Republicans have tried to overturn Obamacare since its passage, and one of the first memoranda signed by President Donald Trump urged Congress to repeal and replace the act. But replacing has proved complicated.

After House leaders unveiled the American Health Care Act last week, moderates within the party wrangled concessions on tax credits for seniors and some flexibility for states on Medicaid, among other changes.

But a Congressional Budget Office report released Thursday said the amended measure would still increase the number of uninsured by 24 million people within 10 years, the same number as the original bill, while reducing the federal deficit by $150 billion, compared to $337 billion in the earlier version.

Democrats have criticized the bill for cutting taxes on high earners and cutting subsidies for the elderly and veterans, while Republican critics say it still does not go far enough in dismantling the ACA.

“The current bill, and the various iterations that are out there, keeps the framework of Obamacare in place,” said Biggs, who said Thursday he was leaning toward voting against the bill. “And what that does is that means that premiums will continue to climb.

“Even though people might have very expensive access to healthcare, they won’t be able to afford the deductibles and there’ll be actually a reduction in healthcare,” Biggs said.

Arizona Democrats said the bill was political posturing that failed to address the health care needs of Americans.

Republicans are “putting a political solution together, but not a solution that’ll help the American people,” said Rep. Tom O’Halleran, D-Sedona, who decried the bill’s cuts to Medicaid and Medicare and increase of cost burdens on the elderly.

He also called out the GOP for keeping Democrats in the dark during the drafting of the legislation.

Rep. Martha McSally, R-Tucson, was the only Arizona lawmaker to go on record supporting the bill after the amendments that were made earlier this week. Published reports indicated that Rep. David Schweikert, R-Fountain Hills, planned to vote yes, but he was not available for comment and his office refused to confirm his position on the bill.

Gosar welcomed the postponement of the vote, said a spokesman.

Steven Smith, the spokesman, said Gosar thinks Congress should slow down and take a look at the details of the bill, so members can provide a health care plan that helps everybody.

“Starting from square one is what he wants to see,” Smith said. “And this bill really does not do that.”

Negotiations on that bill continued Thursday and the House is scheduled to be back in session Friday when a measure could come up for a vote.

Gallego said that even if the bill does not pass – or if it flat out dies – Democrats should not sit idly by.

“I do think (repeal and replace) legislation will come back, we just don’t know when,” he said.