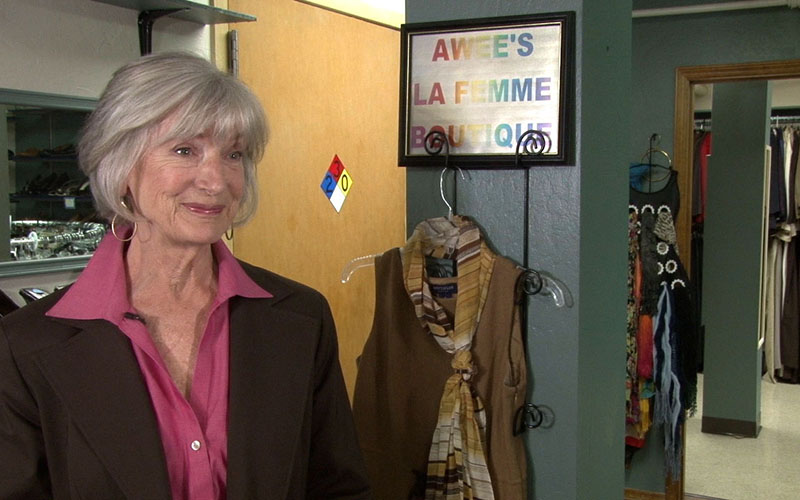 Dana Riddel, 71, said she enjoys giving back by coordinating volunteers at Arizona Women’s Education and Employment, a career building nonprofit. She talks outside the organization’s donation center in downtown Phoenix. Career clothes are offered to women and men in need. (Photo by Kennedy Scott/Cronkite News)

PHOENIX – Older women are increasingly staying in the workforce, with a 35 percent increase in the number of Arizona women ages 65 and older working past retirement age, according to the U.S.Bureau of Labor Statistics.

Doug Walls, research administrator at the Arizona Office of Economic Opportunity, said delayed retirement has been the trend.

“In regards to women 65 and older participating more in the labor force, we have seen this trend occur over the last eight years,” Walls said.

Seeking value in working and the need for an income are among the reasons women continue to work, experts said.

Dana Riddel, 71, started working at the Arizona Women’s Education and Employment organization after she decided retirement was not for her. She coordinators volunteers for the career nonprofit.

“My job is really matching people who have a passion for giving back with roles in our organization that allows them to feel that they are making a difference in the world,” Riddel said.

Riddel said, after a career as an executive, she retired for two years but soon found she was missing a sense of fulfillment.

She had fun gardening and traveling but Riddel said she “started to feel a little discontented.”

“I began to think,” Riddel said. “Did I want to do the exact same thing I’d been doing?” She said the real shift began when she began to ponder what she wanted to gain from working.

“I began to hear my grandmother’s voice in my head saying over and over – which she always said to me – is that the purpose for everyone is to leave this earth a better place because you were here,” Riddel said.

Before getting a job Riddel had qualms about how her age would affect her ability to be accepted.

She asked herself, “How would I be accepted at my age in a team that’s much, much younger?”

She soon realized her age was a positive instead of a negative.

“One of the things I had to come to grips with is owning my age,” Riddel said, “I am older and that means I have a whole lot to offer.”

Dana Kennedy, state director at AARP, said there are several reasons women may be remaining in the workforce.

“I think people need to work longer,” she said. “They may not be able to afford to retire.”

Women make less money than men, which may lead women to work longer. She also said women tend to live longer than men do and may need more money to supplement the increased life expectancy.

Kennedy said another key reason women 65 and older may be continuing to work is because women may have to leave their jobs in order to become caregivers. She said in Arizona 54 percent of women are or have been family caregivers. 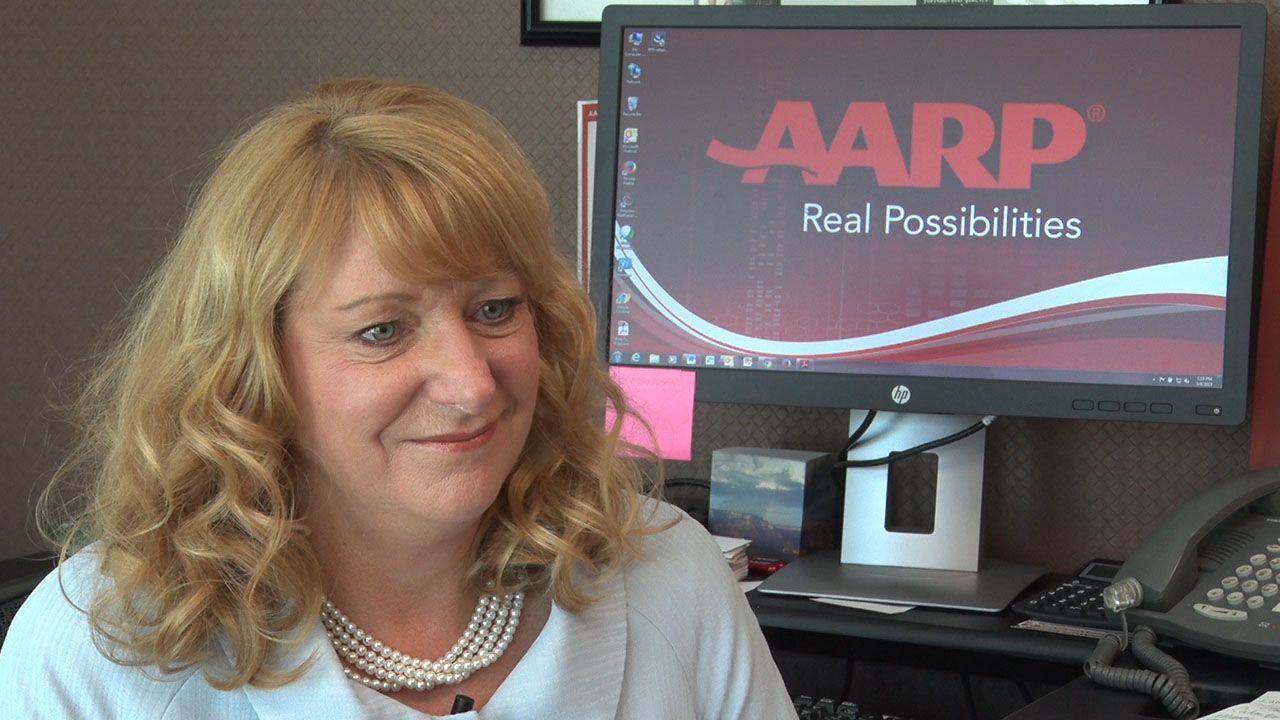 But, at another end of the job spectrum, she said there are people like Riddel, who want job satisfaction.

“I think more and more women, especially as you get older, you want to make sure you enjoy what you’re doing,” Kennedy said.