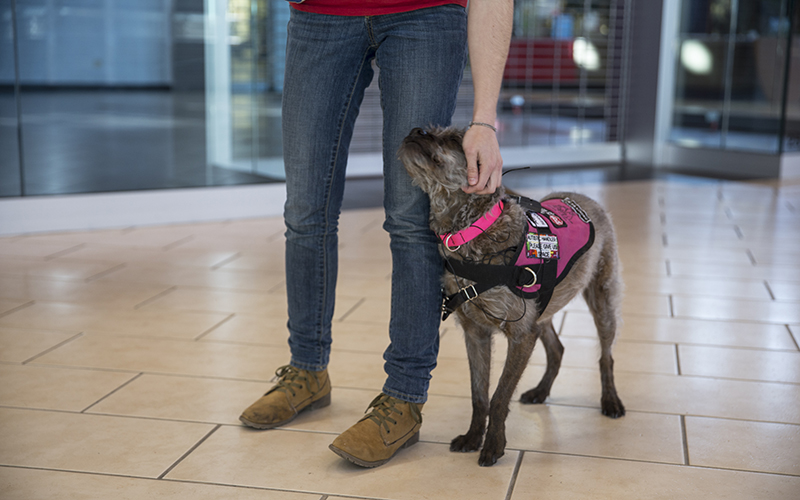 The music in this episode is called “Wounds (Remix)” by Ketsa, used under Creative Commons.

Autism is a condition that occurs in one in every 64 people born in Arizona, according to the Centers for Disease Control and Prevention, and it is often called an “invisible disability.” At a glance, it may be hard to identify someone who has autism.

On the inside, however, symptoms can make life for someone with autism challenging.

These are challenges 25-year-old Lynsie Andreasky knows well. She was diagnosed with high-functioning autism when she was 16. 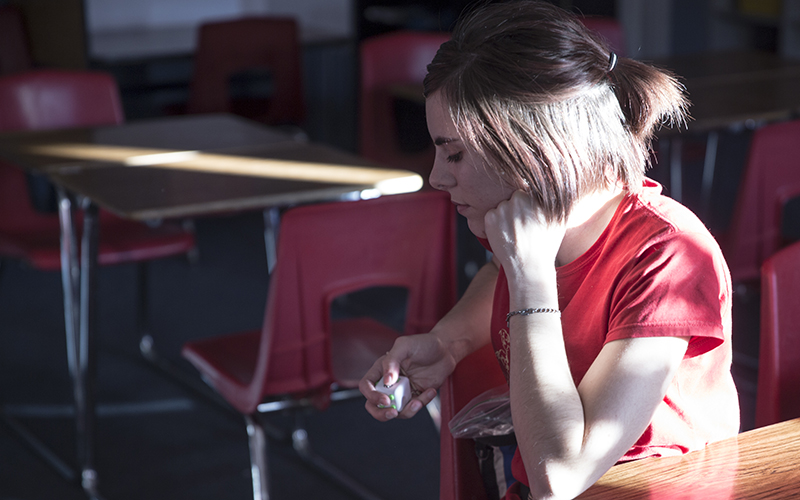 During an interview with Lynsie’s mother, Trish Andreasky, a special education teacher in Chino Valley, Lynsie sits at a table in her mother’s classroom. (Photo by Johana Huckeba/Cronkite News)

Lynsie has struggled with anxiety, social processing disorder and depression. Going out in public was too overwhelming. She rarely left home without a parent.

But, two years ago, everything changed.

Lynsie said Kaycee, a poodle-schnauzer mix, has enabled her to do things she otherwise wouldn’t have thought about doing alone. She aspires to go to school out of state after Yavapai College, and she can go to places like Target, the mall and her doctor’s office without her parents. 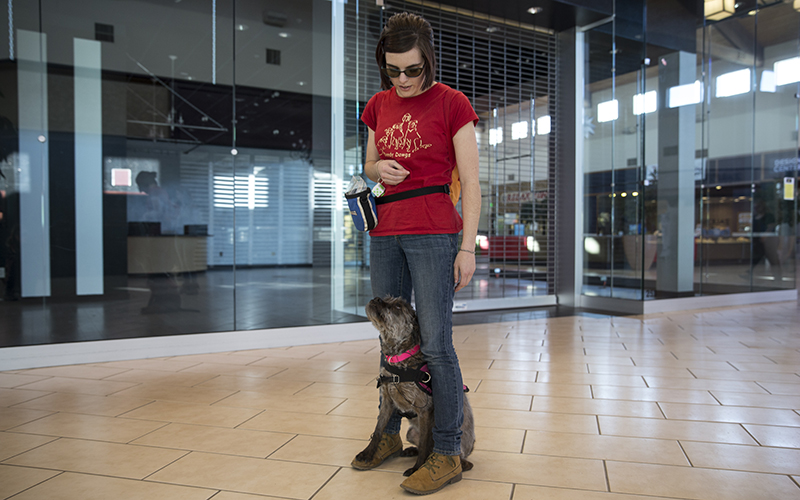 Lynsie gives Kaycee the “grounding” command, a technique that helps calm Lynsie down when her anxiety reaches a high level. Kaycee sits on Lynsie’s feet to literally “ground” her. (Photo by Johana Huckeba/Cronkite News) 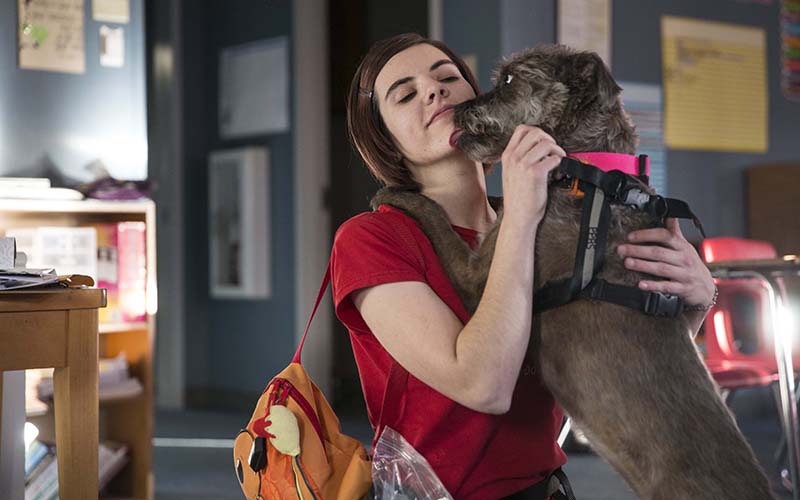 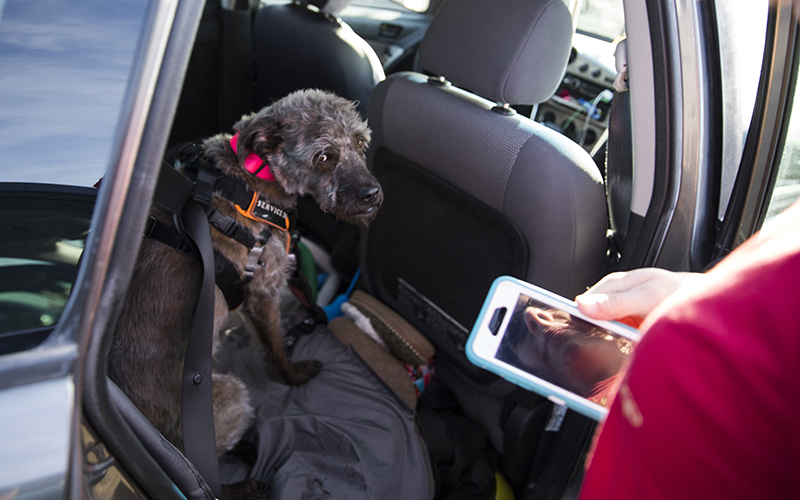 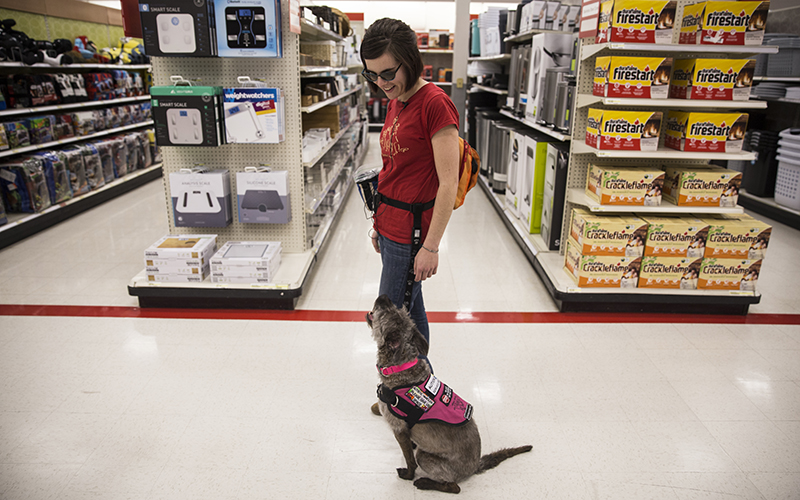 Lynsie Andreasky and Kaycee walk through Target in Prescott on Monday, Jan. 30, 2017. Outings to places like Target were once a major source of anxiety for Lynsie, but having her service dog makes them much more manageable. (Photo by Johana Huckeba/Cronkite News) 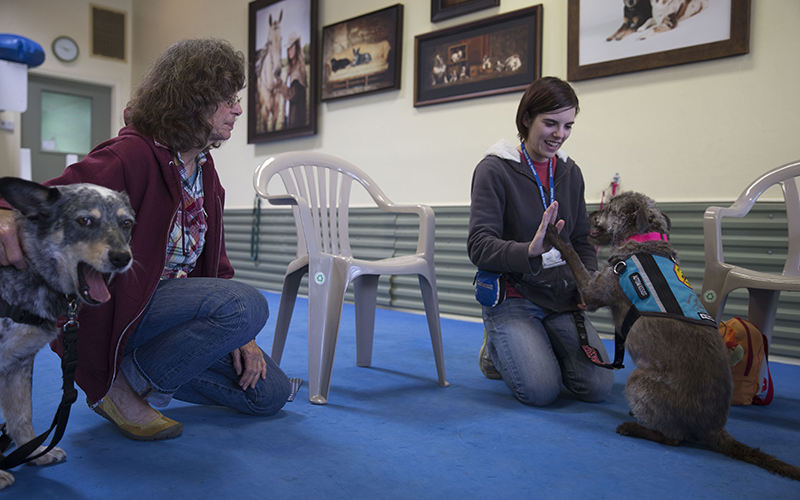 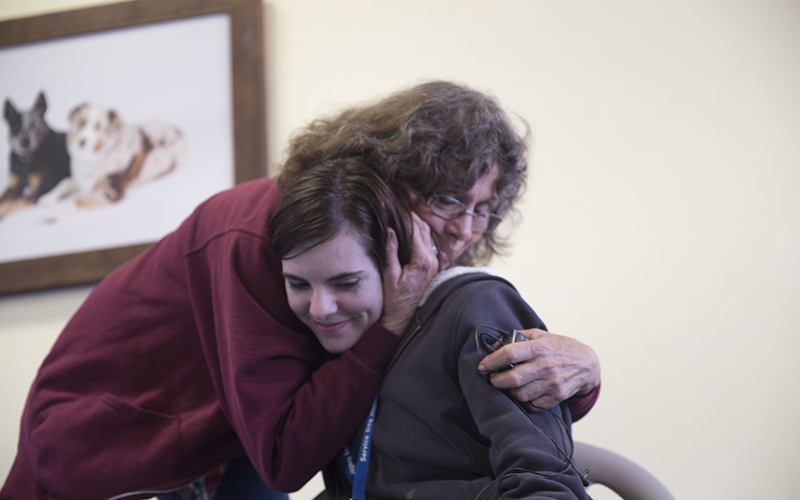 Andy hugs Lynsie after discussing the personal growth she has seen in Lynsie since adopting and training her own service dog. (Photo by Johanna Huckeba/Cronkite News) 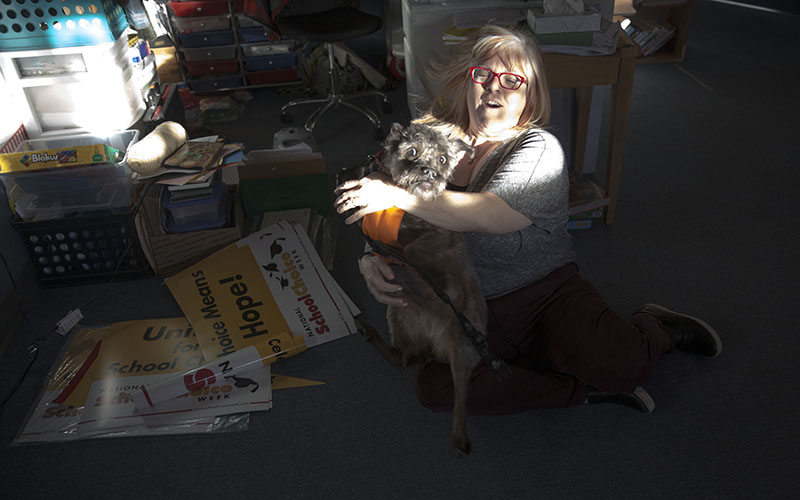 After Lynsie takes off Kaycee’s service dog vest, Kaycee is free to be a normal dog. Here, she plays with Trish. (Photo by Johana Huckeba/Cronkite News)