PHOENIX – State government leaders are making a push to turn recycled toilet, shower and other treated wastewater into the newest source of drinking water for Arizona residents.

The Arizona Department of Environmental Quality is planning to lift a 2001 prohibition. If it happens, some residents could be drinking recycled wastewater water from their tap by the end of the year if a state regulatory council signs off on the changes.

The agency prohibited the practice for years as being unsanitary but water technology has improved, said Chuck Graf, principal hydrogeologist at the environmental agency. And drought has hit Arizona: the Colorado River and Lake Mead are running low on water and rural areas have less stable water sources.

“I see, potentially, some mountain communities that are very dependent on limited surface water sources or limited ground water sources” using the water, he said.

Still, Graf and other water experts say, advocates will need to overcome a natural distaste for drinking reclaimed water, no matter how thoroughly it’s treated.

“We can treat water to any desired level that you can imagine,” Prevatt. “It’s demonstrating that and getting that point to the consumer. I think that’s our challenge.”

The Southwest Water Campus, a nonprofit research group in Pima County, brewed beer out of reclaimed water to showcase its versatility.

“But when we bring up beer made with that very same water, you could hear the tops popping off,” Prevatt said. “The public perception changed just by the medium in which we’re delivering the message.”

Prevatt and other water experts object to the term “toilet to tap,” saying it’s not palatable and doesn’t provide a complete picture of all wastewater sources. They prefer more official terms like “direct potable reuse.”

Channah Rock, a water quality specialist and associate professor at the University of Arizona, said educating people that recycled water is fine to drink may solve some common misunderstandings.

“Beyond recycling water, there’s a need for communities and citizens to have a better understanding of water in general,” Rock said. “Where does their water come from? How much money and energy does it take to produce the water that is coming out of their tap? Where does it go once it has been used?”

Some consumers say they would be on board

“Water is all recycled. Our thinking about it is a matter of time scale,” Shenandoah said. “If they can treat it and make it safe and palatable to drink, then the recent origin of the water is irrelevant. Have you asked astronauts if they have issues with drinking their treated wastewater?”

For Arizona resident Brenda Shoemaker, ignorance about what kind of water flowed through her tap would be bliss.

She said she would drink reclaimed water “if I didn’t know it was toilet water and it was treated properly.”

Arizona resident Nancy Snyder, however, is skeptical of the ability to produce clean water, but said “If they can certify this and show me the (processing) plant, I may consider it.”

Using reclaimed water is common in Arizona. Golf courses, which take nearly 80 million gallons a day to maintain in Maricopa County, now use reclaimed water to conserve. Snowbowl Ski Bowl in Flagstaff makes snow from treated water. But none of that comes close to drinking water.

One vineyard in Clarkdale, near Cottonwood, is turning treated water into wine. 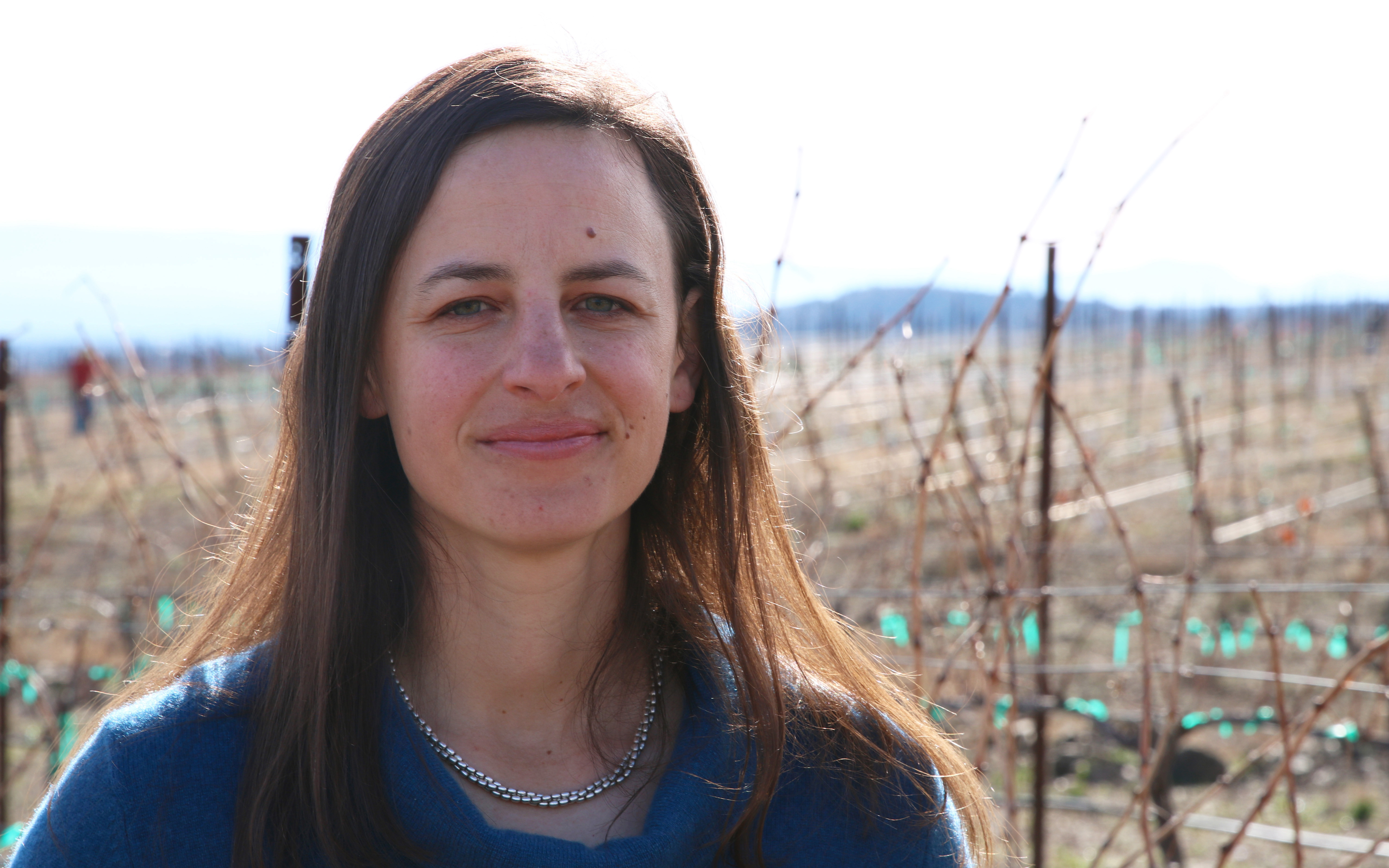 Nikki Bagley, viticulture director at Southwest Wine Center and an Instructor at Yavapai College, explains the process of using reclaimed water to irrigate the center’s vineyard in Cottonwood. (Photo by Jessica Clark/Cronkite News).

Nikki Bagley, director of viticulture at the Southwest Wine Center, said the water they use to grow grapes isn’t safe for drinking and said it’s slimier than normal water, but she said that with the removal of nitrogen and phosphorus, it’s safe enough to grow plants. Reclaimed water would go through a more stringent process, she said.

“It’s been through several different natural processes to ensure that it is, for the most part, clean enough to be using,” Bagley said, who adds she thinks drinking water that has been thoroughly treated is the next evolution for reclaimed water.

While Arizona water experts expect treated toilet-to-tap water to mainly be adopted my smaller towns, Singapore and water-challenged California have implemented the practice into their water conservation efforts.

A spokeswoman for the Orange County Water District in Southern California said the district produces about 100 million gallons of recycled drinking water a day through indirect potable reuse. It’s enough for nearly 850,000 people and serves one of the most populous counties in the country, according to its website.