Arizona State announced plans to develop an Olympic Village as part of its Campaign 2020. (Photo by Blake Benard/Cronkite News)

“We’re adamant that this should be an Olympic training ground for all the sports,” Anderson said at the time.

As examples, look no further than the hiring of renowned swimming coach Bob Bowman, of former Olympic silver medalist Zeke Jones as ASU wrestling coach and the addition of three varsity sports since Anderson came to Tempe. Michael Phelps and fellow Olympic swimmers including Allison Schmidt also drew headlines when they moved their training home to Tempe to work with Bowman in preparation for the 2016 Rio Olympics. 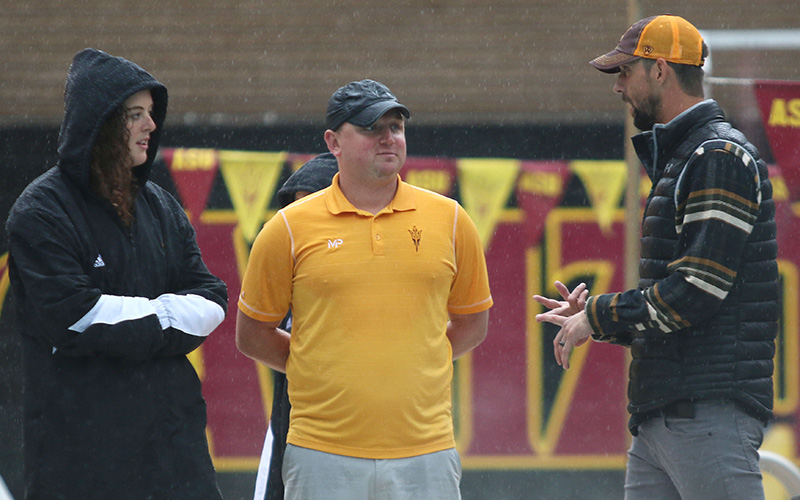 Combine these elements with the renovation of Sun Devil Stadium and it’s clear the university is focusing on the growth of its athletic department.

The university took another step forward last week, when it announced plans to create an Olympic Village and new training facilities for its athletes.

ASU revealed its plans at a private event at Chase Field Thursday night, launching “Campaign ASU 2020,” an effort to raise $1.5 billion for projects across the university. The university says it has already raised $1 billion in “quiet” donations, dating back to 2010.

As part of the campaign, the school has earmarked $258 million to raise the profile of its athletic program.

The idea behind the creation of the Olympic Village in Tempe is to create a communal area for student-athletes to train and potentially live. Additionally, the school plans to add to its existing slate of 24 sports and build training facilities for the majority of its Olympic sports programs. A portion of the funds will also go toward increasing scholarships and improving academic support.

“Certainly as we look to drive Sun Devil competitiveness, everything that we do in terms of our Olympic sports will be positively impacted,” Senior Associate Athletic Director Scott Nelson said.

The Olympic Village and training facilities would be located near the intersection of Rural Road and Rio Salado Parkway with a focus on the Karsten Golf Course and surrounding areas.

“We have the 330 acres of development that are ready to go over on the Karsten Golf Course,” Nelson said.

He did not specify which sports the athletic department would add. Since Anderson arrived, ASU has established ice hockey, women’s lacrosse and women’s triathlon as varsity sports.

Right now, the school is focusing on creation and experimentation with the training facilities.

“In a lot of ways, those are our learning labs for … our student-athletes and for any other athlete that would come and utilize that space,” Nelson said.

ASU hopes to use the new development to attract athletes beyond the Sun Devil athletic program. He hinted at potential partnerships down the road.

“When the time is right we’ll be able to release what some of those partnerships looks like,” Nelson said. “But certainly the way we look at our Olympic sports and the athletes and the coaches that are looking for training facilities, we think that there is an opportunity to make several of those to make Tempe their home base moving forward.”

An example is Phelps and his decision to train with Bowman in Tempe prior to the 2016 Rio Olympic Games. Phelps’s decision brought fellow Olympians Schmidt, Chase Kalisz and Cierra Runge to train in Tempe under Bowman. 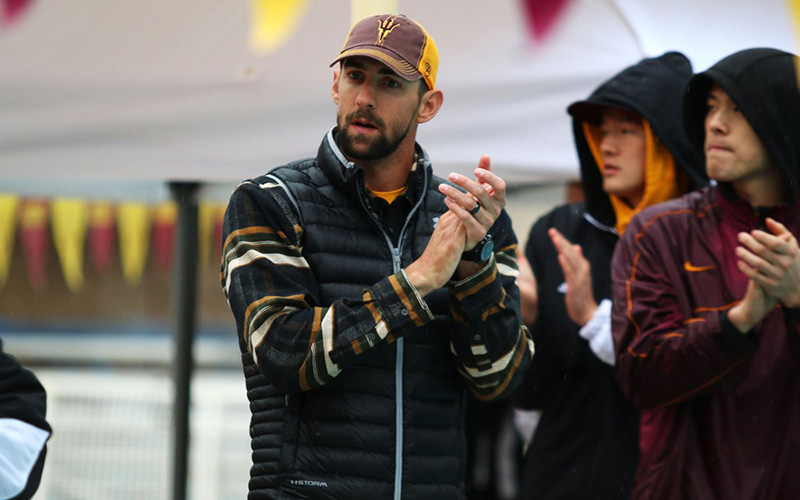 If these plans come to fruition, Arizona State believes its can contend with some of the top athletic programs in the nation. Nelson said the timeline for construction is dependent on the completion of fundraising.