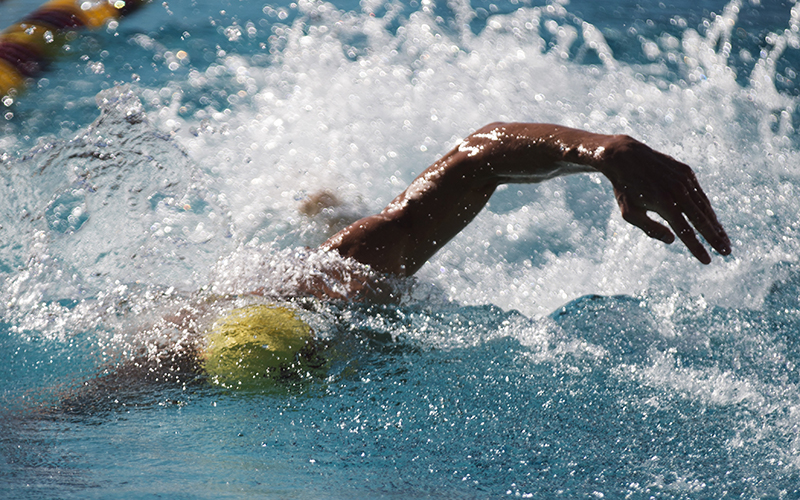 “When I chose to come to ASU, it was because (Ray Anderson, ASU Vice President for University Athletics and Athletics Director) and (Dr. Michael Crow, ASU President) articulated a vision of excellence that I completely bought into and believed in,” Bowman said. “To me the pinnacle of that, in my sport, is the Olympic Games. When we talk to prospective student-athletes, the ones we want to talk to are the ones who want to swim in the Olympics. So, it’s very important that we show that we can perform on that level.”

The Olympic rings are a popular fixture in the Arizona State athletic department. Five coaches in Tempe – Bowman, swimming assistant coach Misty Hyman, diving coach Mark Bradshaw, wrestling coach Zeke Jones and triathlon coach Cliff English – have either competed in or coached in a total of 15 Olympics. Anderson hopes this experience at the highest level of their sports will help drive Olympic growth at the university and help make ASU a destination for Olympic hopefuls.

Excited about the Olympics? Tell us about it! “We’re really very adamant that this should be an Olympic training ground for all the sports,” Anderson said.

Wrestling coach Zeke Jones came to ASU after coaching the U.S. Olympic freestyle wrestling team at the 2012 Games. Like Bowman, he was drawn in by Anderson’s vision.

“I said, ‘Well, I’m coaching the best team in the world. Why would I want to leave?’ And he said, ‘I want to do that here,’ ” Jones said. “He got it. He understood that to be the best in the world in something like wrestling is the commitment that it takes.”

Arizona State will be sending at least 20 athletes to Rio this summer, according to pac-12.com.

“The thing I think is more promising for ASU is we have right now two, and I think we will have three, of our own athletes that were here when we got here that will compete in the Olympic Games,” Bowman said, referring to current ASU swimmers Kat Simonovic and Richard Bohus. “So we’re starting to develop some of our own people to the top level.”

Simonovic will be competing for Serbia in Rio. She credited the coaches at ASU for helping her get to the Olympic level.

“Both Bob and (ASU assistant coach Dan Kesler) have been really good about reminding me that I belong and that I’m fast enough to compete there,” Simonovic said. “They’ve been keeping me on track by reminding me, ‘You’ve done a lot of work to get here. You’re fast enough to compete. If we just keep going with this routine and this process, you really have a chance at even maybe semi-finaling or dropping some time.”

Arizona State is in good company in the Pac-12 in its Olympic goals. Schools in the conference will be sending at least 179 current and former athletes to the 2016 Games, according to pac-12.com.

One sport that draws a lot of its talent from the Pac-12 is water polo, according to Ao Gao, former ASU water polo player and two-time Olympic athlete for China.

“Every time the U.S. team, their players are always from Pac-12 teams,” Gao said. “They do a phenomenal job.”

Seventeen of the 26 spots on the 2016 U.S. men’s and women’s Olympic water polo teams are held by athletes from Pac-12 schools.

ASU water polo head coach Todd Clapper said that it’s easy to see the link between playing in the Pac-12 and making the Olympics.

The hope in ASU athletics is that the administrative support and strong conference affiliation will set Arizona State on a path to become the place to foster Olympic dreams.

“I truly believe that we’re gonna be an Olympic training center or hub, and each year it’s just gonna build with having success in one Olympiad will go to the next and to the next,” Bowman said.