A tight shot of the official Final Four Phoenix 2017 logo on the podium at the Phoenix Convention Center on Jan. 25, 2017. (Photo by Nicole Praga/Cronkite News)

And thus Arizona leaders and event organizers feel confident they are as prepared as possible to host the NCAA men’s basketball Final Four for the first time. As Phoenix mayor Greg Stanton pointed out today, championship events regularly come to the Valley, including the Super Bowl and college football championship game within the last few years.

“We’ve got this down to a pretty good science,” Stanton said. “It’s been noticed how well this community works together. You have to be nimble and open-minded.”

The major championship events are played at the University of Phoenix Stadium in Glendale. But as Stanton pointed out, many Valley cities are involved with the accompanying spectacles.

“The games are in Glendale, the mega events are in downtown Phoenix, but then there are also corporate events in Scottsdale, Tempe and Mesa — we work as teammates in this region,” Stanton said. “We work very well as teammates, and it’s been noticed by organizers of the events.” 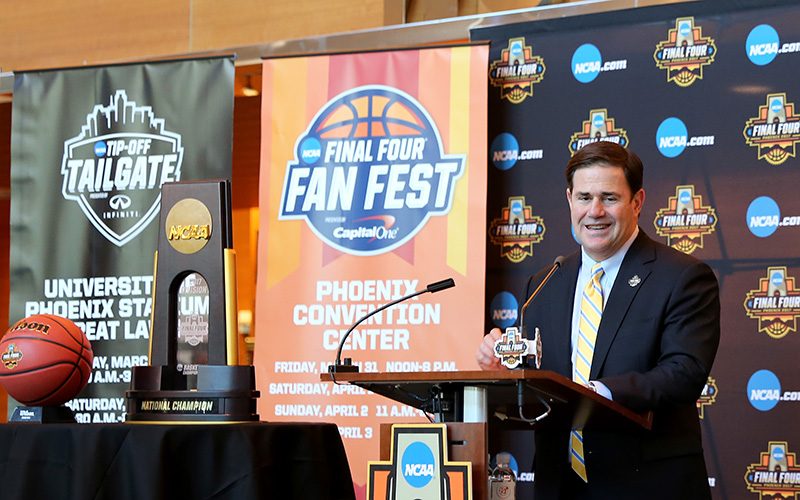 “Successful Super Bowls, Fiesta Bowls and a College Football National Championship, it’s only natural for the Final Four to make its way to our stage.”

That stage will include the March Madness Music Festival, a free three-day concert series, at Margaret T. Hance Park, a fan fest at Phoenix Convention Center and open practices at University of Phoenix Stadium that will take place on Friday, March 31.

The spring events will mark the first Final Four west of Texas since 1995’s Final Four in Seattle.

NCAA senior vice president of basketball Dan Gavitt said the West “has great college basketball, great players, great coaches, incredible history and tradition, to bring it back to an area that has been so important for college basketball is really exciting.” 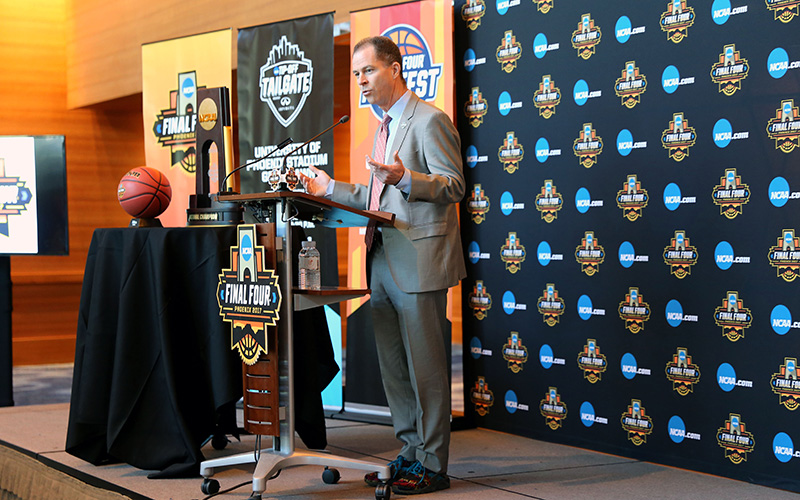 In preparation for the Final Four, Phoenix Local Organizing Committee executive director/CEO Dawn Rogers said she is mindful of the effects of all of this on those who live in the Valley, and communication with them is critical.

“We want our local residents to move about the region and not be impacted by the influx of visitors,” Rogers said.