Officer-involved shootings nationwide have focused attention on the sometimes strained relationship between law enforcement and the community. These shootings are part of the reason for the division.

In 2016, 963 people were shot and killed by police nationwide, according to The Washington Post.

The Bridge Forum was created to provide an open and candid dialogue between the police and the community. However, the audience was invitation only, and questions were screened and preselected from the audience. 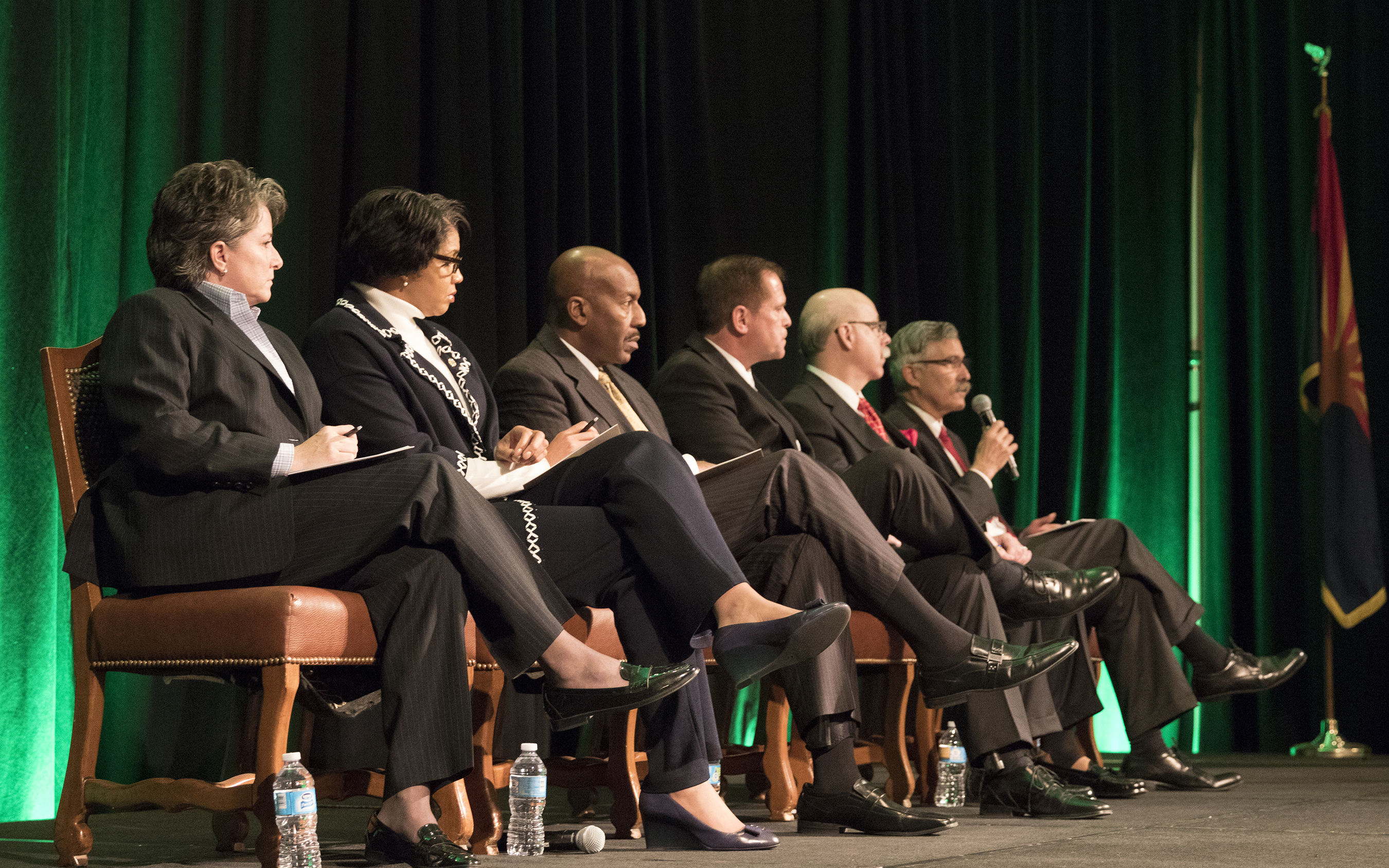 The police chiefs shared their department’s best practices for community engagement and policing.

“It’s more important for the community to see you,” Phoenix Police Chief Jeri Williams said. “When they see past the uniform, they see who you really are.”

“I want my officers to treat you like a human being, no matter what you look like,” she added.

Williams was appointed Phoenix Police Chief on Oct. 28, 2016. She has nearly three decades of law enforcement experience with a focus on community based policing.

“There should be training programs for these issues all the time, and police officers should be aware of these differences,” said Williams, referring to the distinction between criminal and racial profiling.

People in one of the breakout sessions talked about multicultural awareness. In this discussion, the group talked about many topics, such as language barriers and institutional racism.

The forum was established by Alan “AP” Powell, CEO and founder of The Checkered Flag Run Foundation.