The owner of Gogi, John Chung, checks the food to ensure the best dinner service for his customers. (Photo by SeungYeol Cho/Cronkite News) 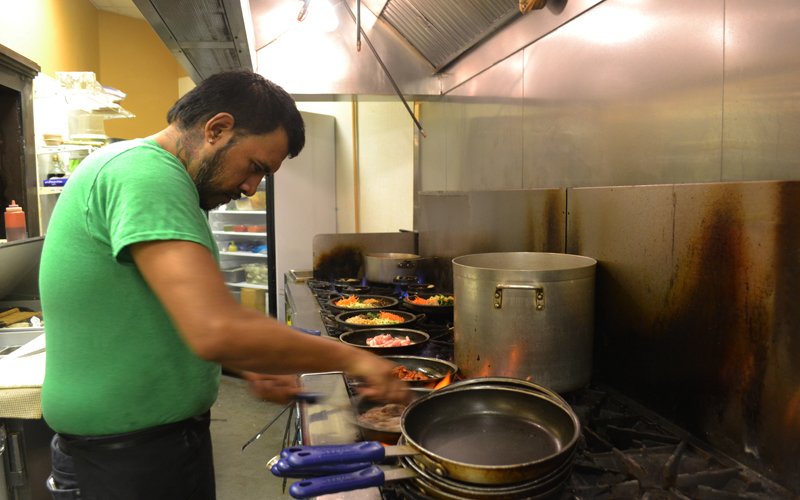 The main chef of Gogi, Aleiandro Garcia, makes dinner entrees with pride. Although he is Latino, he has worked for almost 10 years as an Asian restaurant chef. (Photo by SeungYeol Cho/Cronkite) 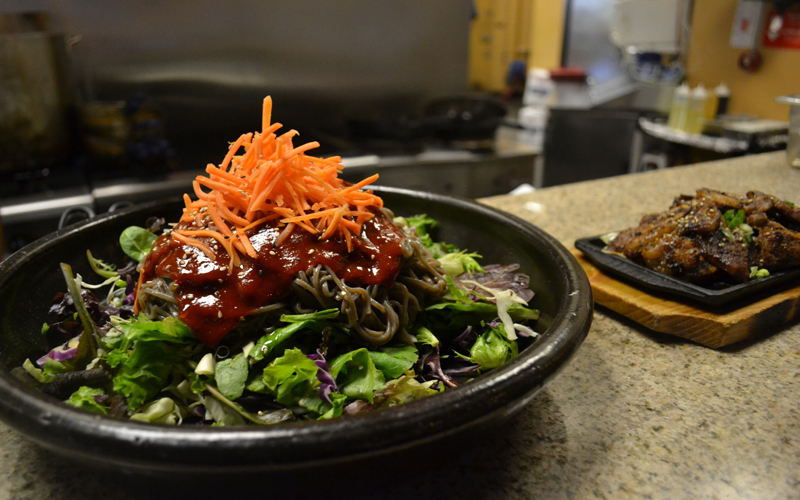 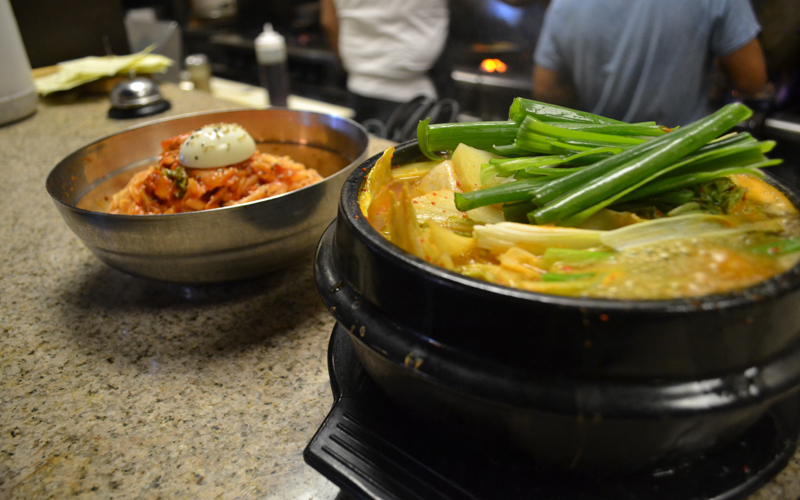 But that is no longer the case.

“Now our main customers are Americans and Chinese. Families, friends and companies of all different groups now come to eat their meals here,” Chung said.

And he said he’s not the only restaurant owner seeing that kind of growth.

Do you have experience with Korean businesses?

That is the case for Shad Gorton, one of Gogi’s customers.

“There are a lot of Asian restaurants around this area. I just wanted to try all the sources, and I really like the Korean food,” Gorton said.

Chung said restaurant owners are putting effort into localizing Korean food. For example, Korean dishes are traditionally spicy, but the Korean restaurants here give the option of making dishes less spicy and a little sweeter for non-Korean customers.

It is becoming easier to find Korean products in Arizona as well, as more Korean businesses are now coming to the state.

Won said his newspaper, published in Korean, has been losing advertisements and readers in recent years.

“Korean business people advertise in the Chinese newspaper rather than Korean news because they are the new primary customers,” Won said.

Won said he thinks the success of Korean businesses is due to an increase in the popularity of Korean entertainment such as K-pop music and Korean drama.

According to Billboard, China and the United States have the second and third most K-pop concerts in the world. K-pop is gradually making its way into the North American market, with numbers increasing yearly.

“K-pop and Korean drama are quite popular among Chinese and Latinos,” Won said. “I think many people try Korean restaurants and products because of the influence of Korean entertainment in the media.”

Lee said he believes that having three mega stores in Arizona is a good sign for everyone, including both Asian and local customers, because more stores and competition ensure that there is no monopolization.

“Korean community and business in Arizona will be difficult and take a long time to become like California now,” Lee said. “However, I believe our next or later generation can develop a Korean community like Los Angeles someday, because we are smart and strong people.”