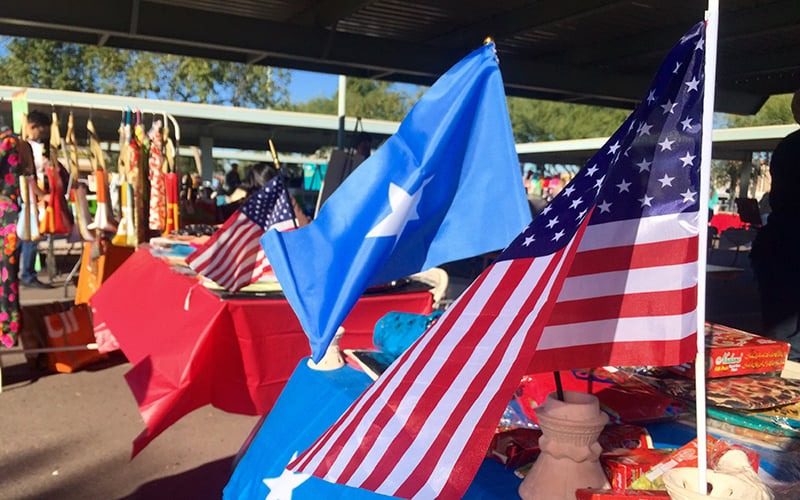 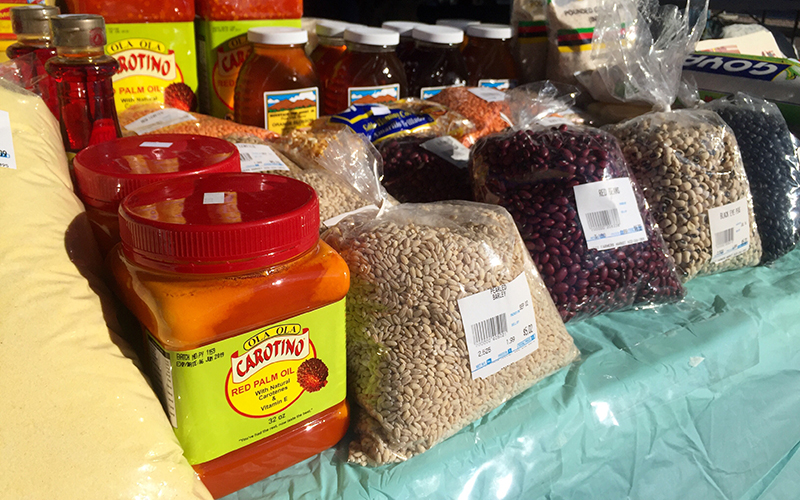 Products for the Best Farmers Market booth sit in the morning sun at the Fall 2016 World Bazaar and Phoenix Community Market. (Photo by Danielle Quijada/Cronkite News) 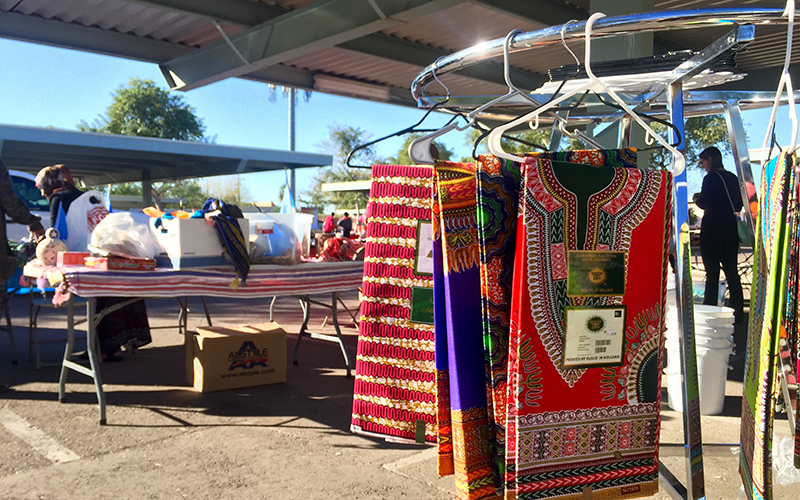 Local Valley residents filter in and out of the Fall 2016 World Bazaar and Phoenix Community Market event. (Photo by Danielle Quijada/Cronkite News)

Refugees and immigrants from all over the globe sold these goods and dozens of others from their booths Saturday at the Fall 2016 World Bazaar and Phoenix Community Market. Some local merchants who specialize in culturally diverse products joined them. Their goal was to build their businesses while showing others that refugees and immigrants do their part to contribute to the local economy. They hoped also to allay widespread post-election fears and concerns about refugees and immigrants.

The ultimate goal is to “educate the community and open their eyes” to see the diversity interwoven into Phoenix’s culture, said Elizabeth Leon, membership and communications coordinator of Local First Arizona, which presented the event, along with International Rescue Committee Phoenix, Valley Metro and the City of Phoenix.

“People don’t realize refugees from all over world are here and are contributing to the local economy,” she said.

“Refugees and immigrants are looked upon as dangerous or as an inconvenience when they are actually contributing to the culture and the local economy,” Leon said. “So this is an opportunity to see that these aren’t dangerous people and they are just giving it their all to be successful here in land of opportunity.”

“This is a platform for them to showcase all the good refugees and immigrants are doing,” Leon said.

According to the Department of Homeland Security, refugees are “unable or unwilling” to return to their native countries “because of persecution or a well-founded fear of persecution on account of race, religion, nationality, membership in a particular social group or political opinion.” They enter the country with documents and are aided by refugee resettlement programs.

Generally speaking, according to DHS, the term “immigrant” broadly includes refugees, political asylees and those without refugee or asylee status who enter the country with or without authorization.

According to the Refugee Processing Center, Arizona has welcomed 38,733 refugees since 2002. Arizona ranks fourth in the nation in welcoming Syrian refugees.

One goal of refugee resettlement, according to the Arizona Department of Health Services, is to create economic self-sufficiency.

May and Eric Abraham, both immigrants from Iraq, own Best Farmers Market in northwest Phoenix.

May Abraham said most customers are recent refugees and immigrants. The store caters to their needs, selling hard-to-find foods they request from their native countries.

“We hope we reach out to more clients to let them know that we are here and we have what they want,” she said. “Let them come to us and we will take care of them.”

The bazaar, which took place in a parking lot at 19th Avenue and Camelback Road, was the second held this year. A similar bazaar took place in May, Leon, the spokeswoman, said.