Here are some of the elements of the planned nine-month redesign that is scheduled to start in January.

“There’ll be a very high-end metal skin going on the building, all the paving that is sandstoned now that has deteriorated quite a bit will be replaced, the glazing will be replaced, all sorts of lighting features will be added.”

The center redesign means the entryway at 3rd Street and Van Buren has the roof angled toward the sky like a rocket ship.

Scottsdale resident Rachel Smetana, who used to live in downtown Phoenix, said she has seen more restaurants and fewer retail stores over the years she has shopped there.

“When it was first opened, it was super popular and always jam packed,” Smetana said. 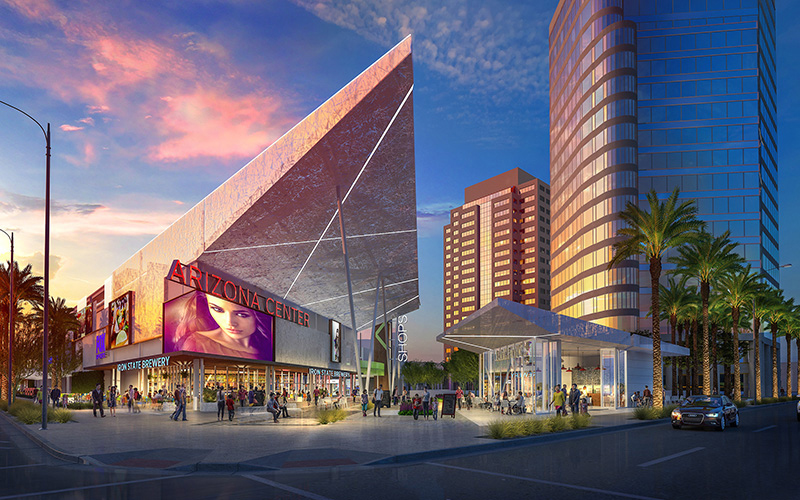 The new modern design for Arizona Center shows a rooftop jutting toward the sky like a rocketship near the entryway off Third and Van Buren streets. (Rendering courtesy of Parallel Capital Partners)

The center is also expected to offer valet parking service off of 3rd Street.

Flag World has been at the center since the it opened in 1990. Store manager Rafael Campos said it’s time for a makeover.

“Working at the center for a long time, it’s in need for some more life downtown,” Campos said. “I am kind of excited they have a big renovation planned.” 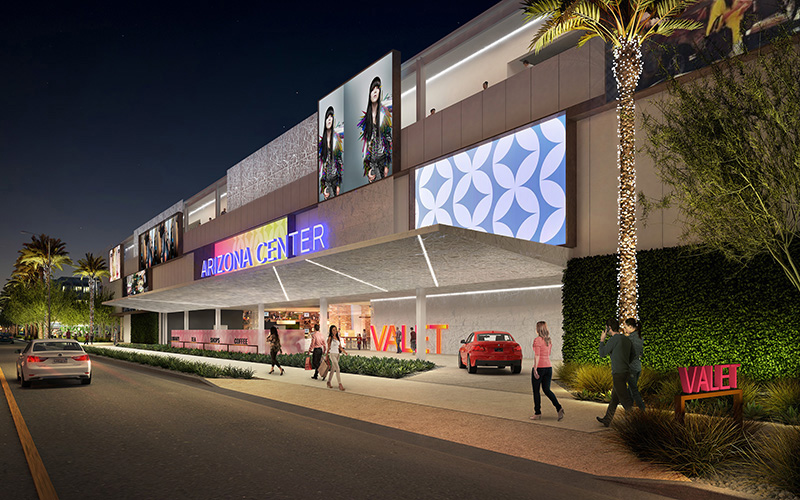 In the interior courtyard, developers will be adding more seating and glass walls. Developers are going to add shade structures, lighting, branded signage features, landscape and new materials, according to a news release. 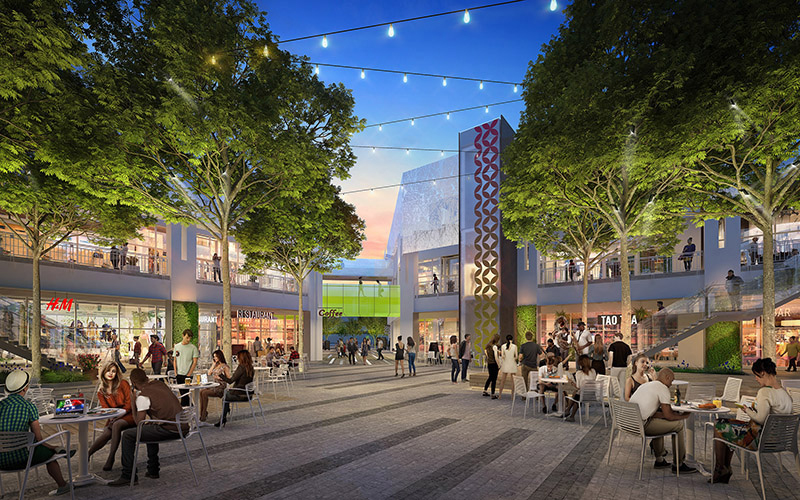 “Anybody that puts a $25 million investment into something has definitely made some calculations that it’s going to pay off in the long run,” Smetana said. “So probably to open up the space a little more and to have more seating, a little bit of a update, a friendlier kind of physical environment is going to help sure.”