For voters on reservations, getting to the poll just the first hurdle 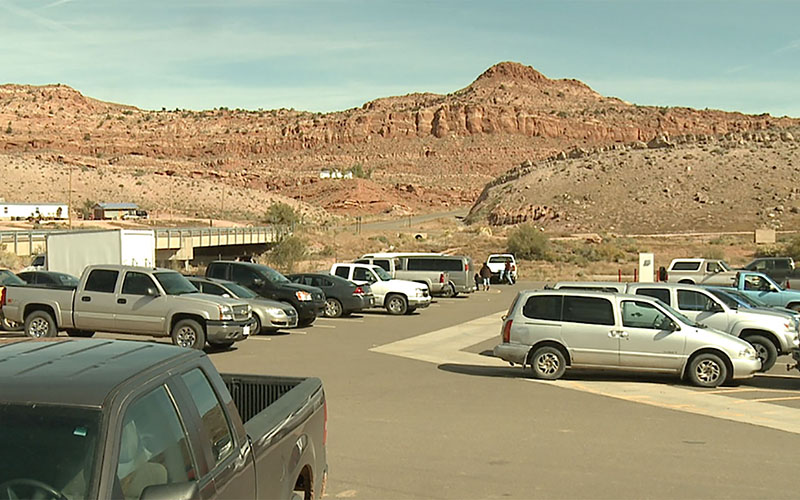 One of the biggest problems with voting on tribal reservations is the size and remoteness of them, with voters there sometimes having to travel an hour or more just to reach a polling place. (Photo by Cronkite News) 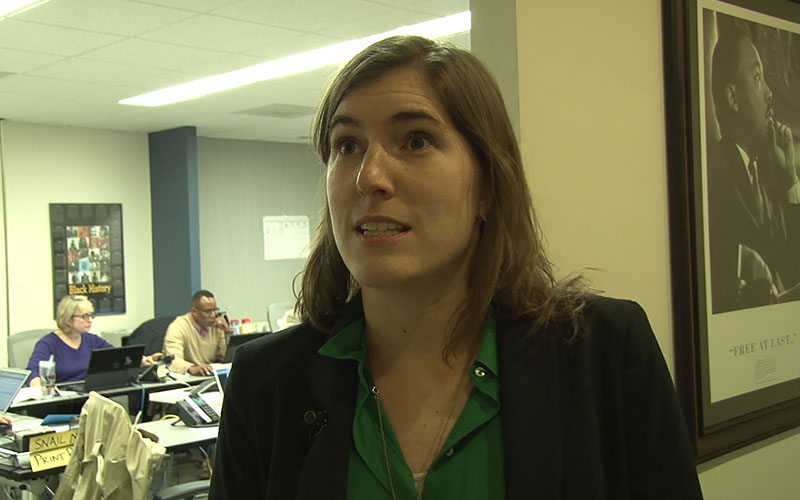 WASHINGTON – It’s tough to give a poll worker your street address when you don’t live on a traditional street, but that’s just one of the challenges that Native American voters who live on a reservation can face.

A lack of voting information, vast distances to polling places, different languages – all are challenges that voters in urban areas don’t face, and all combine to make a voting experience that advocates say “should be as easy as possible” anything but.

“That’s a major issue in the Native American community,” said Chris Fields, the lead organizer for the Lawyer’s Committee for Civil Rights Under Law, which organizes a hotline to handle questions from voters and deal with possible voter suppression at polling places around the country.

Local elections officials in Arizona concede that there are a number of issues with voting on reservations, but they said they are doing what they can to make Native Americans have the same opportunities to cast a ballot as voters in more densely populated areas.

In Coconino County, for example, elections officials make a point of flying polling machines on Election Day to the Havasupai tribe settlement at the bottom of the Grand Canyon – a hike of several hours for the poll worker who will man the machines – for about 100 voters there.

Apache County election officials said they and others take a number of steps to address the voting issues on the reservations in the state, including voter outreach and early voting initiatives.

“We have outreach offices, we have workers there that can do interpretation and translation for the Navajo language,” said Apache County Recorder LeNora Fulton.

Those efforts do not go unnoticed, said Arusha Gordon, an attorney who represents the Navajo Nation Human Rights Commission. But she and Leonard Gorman, the commission’s executive director, said the obstacles are still large.

Gordon said Native voters living on a reservation may be registered to vote using a non-traditional address, like an intersection, which complicates the voting process because traditional addresses are used to verify a person’s polling location and voting eligibility.

Coconino County Recorder Patty Hansen said that is not untypical.

“Several people may work off the reservation, like in Flagstaff, but they keep their reservation address on the registration so their ID doesn’t match,” Hansen said. “We usually get those updated but that causes a little bit of a delay at the polling place.”

Gorman said overlapping tribal and state election districts can also cause problems, with voters having to “travel an hour and a half between polling places.”

“The hour and a half not including the distance from their home to the first polling location,” Gorman said. “That’s a challenge in itself.”

And Dorian Spence, counsel in the voting rights project of the lawyer’s committee, said Native Americans on reservations are usually less likely to have access to reliable transportation.

“Not to say that anyone who lives in those areas doesn’t have transportation. But the further away a polling location or even a satellite voting office, the less likely those people are to vote,” Spence said.

Once they get to the polling place, voters may face access problems, language barriers that can prevent voters from understanding the ballot and general misconceptions about the voting process continue to inconvenience voters, Gorman said.

He cited “confusion” among tribe members who were signed up for permanent early voting, for example.

“In some instances, in Apache County, the permanent early voting was concentrated on elders because those initiatives were made at senior centers,” Gorman said. “It was done without clearly explaining to the elders what they’re getting themselves into.”

That led to people unknowingly getting a ballot at home, then being told they could not vote when they show up at the polls and having to cast a provisional ballot, which has a greater chance of being rejected.

If they show up, and if they are allowed to vote, there can still be challenges with language, advocates said.

Assistance is important when a voter can’t read or understand the ballot. Gorman said some counties have taken initiatives to have the Navajo language recorded, only to have poll workers who “are not given the opportunity to learn how to work those gadgets.”

While help is available at the polling place, election officials said there is no easy way to translate a mail-in ballot that reaches someone at home on the reservation.

“We have language interpreters so language is not a barrier, but it is a barrier for early voting by mail,” Hansen said. “Translating the ballot into Navajo, it’s a very long ballot, and it doesn’t translate word for word like Spanish would. It’s an oral language, it’s not written.”

Despite the many challenges, advocates, tribal leaders and election officials said they will continue working to make the voting process as convenient as possible.

“We have to all start off on this common value system where access to voting should be as easy as possible,” Spence said. “Eligible voters should be put in a position, where anyone can cast a ballot without additional hurdles being put in the way.”