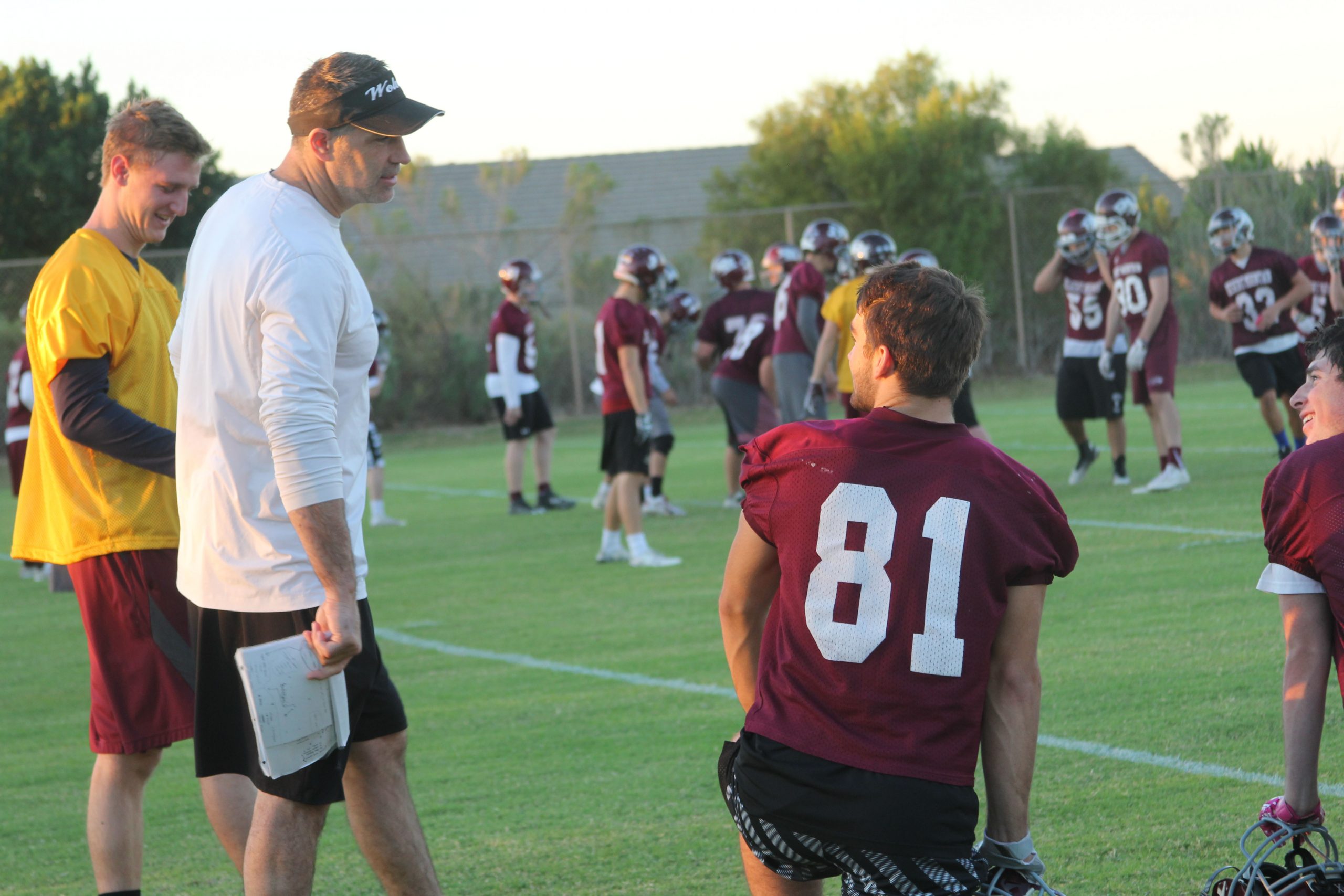 SCOTTSDALE – At 6-foot-2 and 205 pounds, Kade Warner has the size to play wide receiver in a Division I football program.

He has the skills and intangibles to go with the size, too. Warner, a senior at Desert Mountain High in Scottsdale, has strong hands, quick feet and the work ethic to take his game to the next level. He has proven he can dominate defenses and take over on Friday nights.

However, it’s not just the physical tools that have helped Kade prepare to take those abilities to Saturdays.

Football is in his blood.

Like a lot of receivers, Kade grew up catching passes from his father. But his father is Kurt Warner, a two-time NFL Most Valuable Player and Super Bowl-winning quarterback.

Kade recently broke the all-time state receptions record when he caught his 208th pass in a 35-34 loss to Pinnacle High on Sept. 30. Since then, he has added to his total, at 234 receptions and counting entering the weekend.

The record was previously held by former Desert Mountain receiver Mark Andrews, who caught 207 passes between 2011-2013.

During the game, Kade was unaware that he had broken a record until a teammate told him on the sideline.

“My friend, Rourke (Freeburg), actually told me that I broke the record,” Warner said. “We were in the middle of a heated game with Pinnacle. So during the moment I didn’t really get a chance to think about it, but after the fact, I was just happy.”

Kurt Warner is the offensive coordinator for Desert Mountain and was able to be part of that record-breaking moment. He said seeing his son make his way into the state record books was one of the most special moments of his career as a high school coach.

“As a dad, and a coach, I think the highlight was watching Kade break the all-time state record for receptions,” Kurt said. “I just know the kind of kid he is, the leader he is, how much work he’s put into it and what kind of football player he is. So as a dad, extremely proud to watch your son accomplish something like that.”

Kade knows how important his dad has been to his high school football career, when they have been able to create memories and develop a bond that goes beyond football.

Despite Kade’s success he has not been heavily recruited – much like his father, who initially received only a partial scholarship from Northern Iowa.

Kade uses the lack of interest from Division I programs to fuel him.

“It makes me play more aggressive,” Kade said. “It makes me want to make the best plays for my team to win. At the end of the day I’m going to play my game. If I don’t get recruited, I’m going to go where the best (chance for) success is for me.”

Desert Mountain coach David Sedmak says that college coaches look for elite athletes and try and mold them, instead of focusing on someone with the skills and accomplishments of someone like Kade.

“They think they can take a raw talent who’s big and fast and teach them to do all the things Kade is doing now,” Sedmak said. “He’s got really polished pass routes, great hands that other kids getting recruited don’t.”

However, Sedmak knows how important he is to his team and to the school.

Sedmak is confident that with his physical tools and skills as a player, Kade will be successful at the next level.

“There are guys like Kade that make it just on will and determination,” Sedmak said. “If he ends up walking on at a school, he’ll make it.”