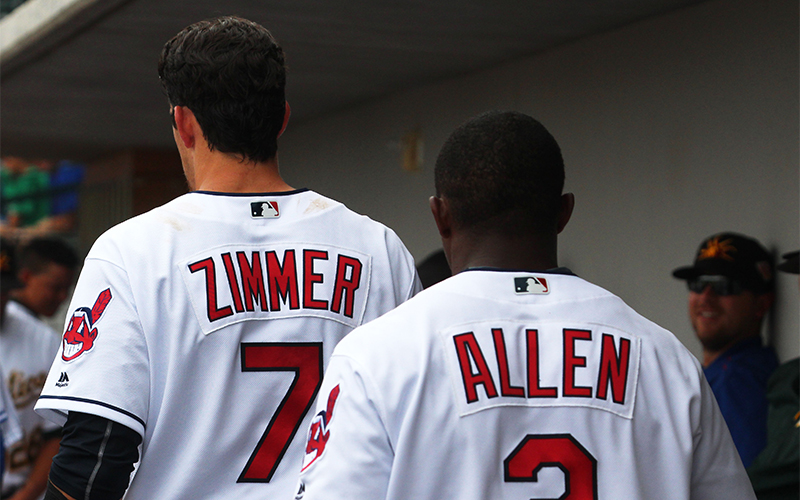 Indians’ No. 1 prospect Bradley Zimmer walks through the dugout with Indians’ No. 19 prospect Greg Allen. (Photo by Trisha Garcia/Cronkite News) 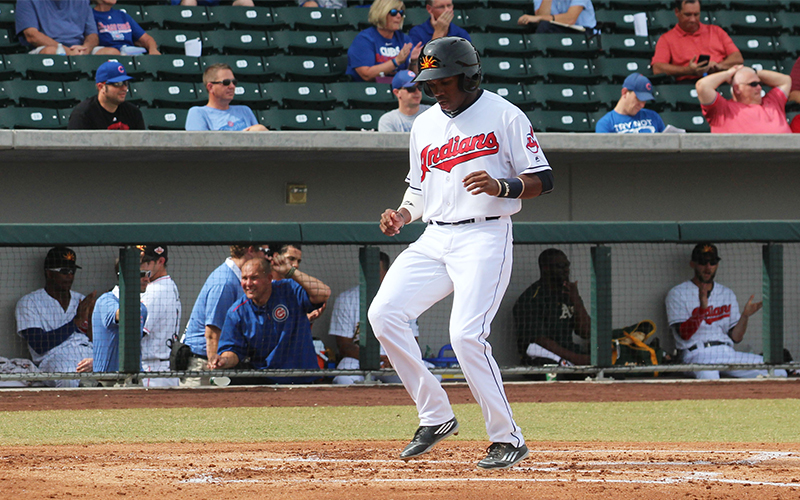 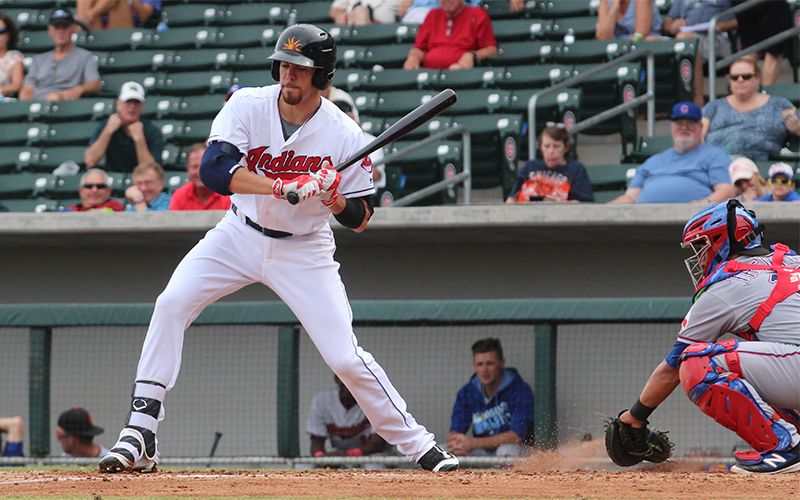 Indians’ No. 1 prospect Bradley Zimmer checks his swing after getting a pitch in the dirt. (Photo by Trisha Garcia/Cronkite News)

While the big league clubs will be slugging it out against each other, some of their best prospects are going to be watching closely – together.

The Mesa Solar Sox of the Arizona Fall League include players from the Cubs and Indians organizations, sharing the same clubhouse.

“It’s fun. It’s a good atmosphere for us in there and it’s pretty cool to have two teams going at it for the World Series,” said infielder Ian Happ, who is the top-ranked prospect in the Cubs organization and one of seven Chicago prospects on the Solar Sox roster.

Happ, the Solar Sox second baseman, was drafted in the first round, No. 9 overall by the Cubs in the 2015 draft from the University of Cincinnati. He is ranked No. 21 on MLBPipeline.com’s top 100 prospects in baseball.

The prospects said they will most likely watch the game together but haven’t ironed out the details yet.

“We’ll probably go to a local restaurant or bar or just have everyone come over to our house,” said centerfielder Bradley Zimmer, the No. 1 prospect of the Indians and No. 25 on the MLBPipeline.com top 100. He is one of eight Cleveland prospects on the Solar Sox roster.

“That’s what we’ve been doing lately,” Zimmer said. “I’m sure we’ll all get together.”

The prospects are mere babes in relation to the history of futility for their respective franchises. For the Indians, it has been 68 years since they won a World Series and 108 since the Cubs did.

“It’s been nice to see both of our organizations make it to the World Series and the success that they’ve been able to have so, there’s definitely some pride on the line” said Greg Allen, the Indians No. 19 prospect, who plays right field for the the Solar Sox.

Another star on the Solar Sox’s stacked lineup is Kyle Schwarber, who was with the Cubs early in the season before a knee injury.

Schwarber wasn’t expected to make a return this season. However, after rehabbing from two torn ligaments, he was the designated hitter in games Saturday and Monday with the Solar Sox. He left during Monday’s game to join the Cubs, where he was expected to start Game 1 of the World Series as the team’s designated hitter.