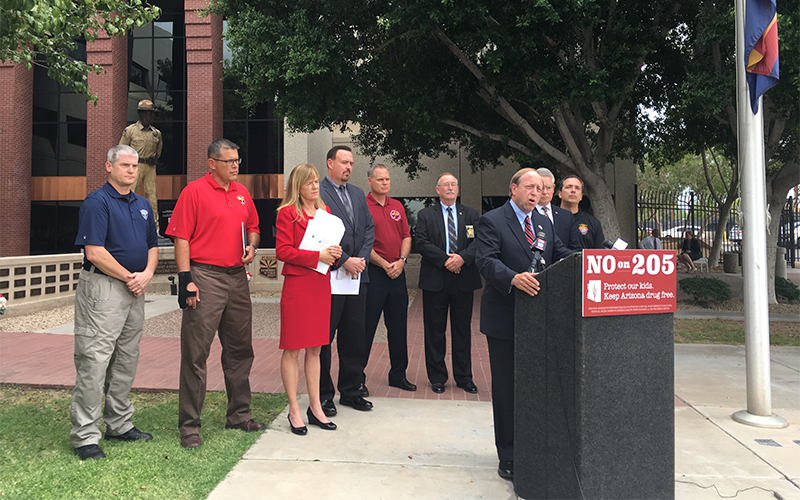 Colorado Springs Mayor John Suthers urges Arizona voters to vote no on Prop 205 based on his experience with marijuana legalization in his home state. (Photo by Mindy Riesenberg/Cronkite News)

“The problem with the leap to legalization is the message it sends to young people in terms of their perception of risk,” he said. “That’s what’s caused the dramatic increase in youth use in Colorado.”

They said the law would make it difficult to prosecute marijuana-impaired drivers and would spur organized crime. Colorado Springs still bans retail sales of recreational marijuana, according to the Denver Post.

“Anyone who gets high and gets behind the wheel is gonna get a free pass,” said Jimmy Chavez, president of the Arizona State Troopers Association.

“It makes sense, when we put regulations and controls on marijuana, we’re able to control it a little better,” Alfaro said. “There are people getting DUIs today, in Arizona, for smoking and getting behind the wheel of a car. One of the ways to do it is by having regulations around it.”