Scarlet Summers, 10, a sixth-grader at Chandler Traditional Academy, said her Southwest Barack-a-Bowl recipe came together quickly after a trip to the grocery with her mother. (Photo by Wafa Shahid/Cronkite News) 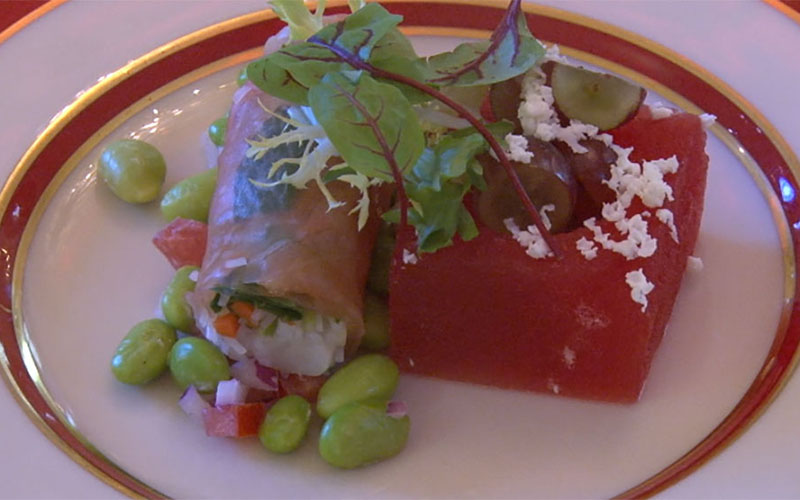 The appetizer for the Kids’ State Dinner, a watermelon salad, was the creation of one of the children honored at the White House event. (Photo by Wafa Shahid/Cronkite News) 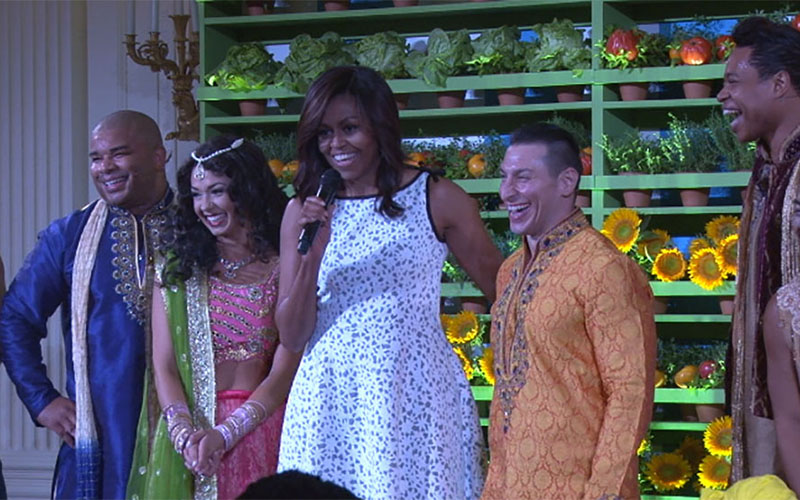 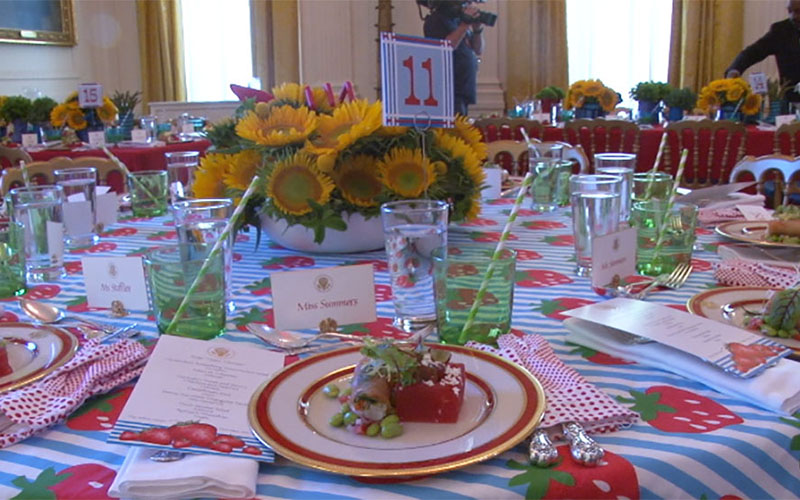 Like any State Dinner, the kids’ lunch in the East Room of the White House included formal place settings for the youths and their parents, and the meal was made up of some of the kids’ recipes. (Photo by Wafa Shahid/Cronkite News) 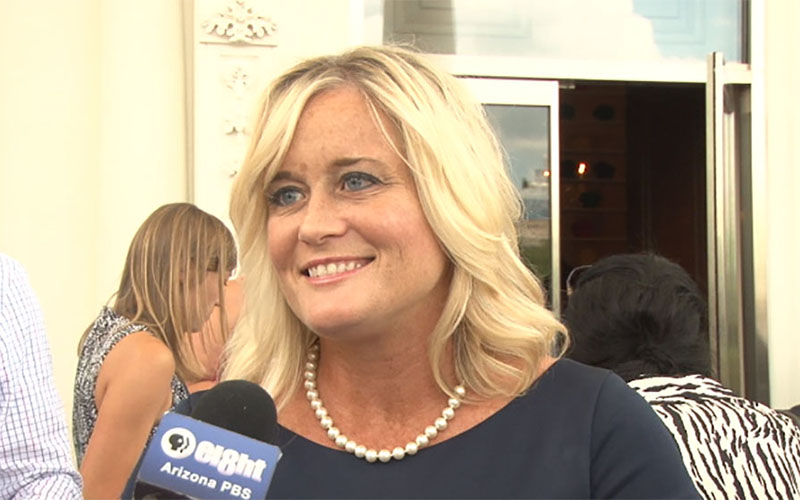 Chandler resident Lisa Summers accompanied her daughter, Scarlet, to the White House where she was honored with other children from around the country for her healthy recipe. (Photo by Wafa Shahid/Cronkite News)

WASHINGTON – It’s not every kid who gets to go to a White House state dinner – unless it’s the annual “Kids State Dinner” for youths who have devised healthy lunch recipes as part of first lady Michelle Obama’s “Let’s Move” initiative.

That’s where 10-year-old Scarlet Summers of Chander found herself Thursday, after her recipe for “Southwest Barack-a-Bowl” won her a spot representing Arizona at the annual White House event.

The rising sixth-grader at Chandler Traditional Academy joined 55 other kids – one from every state, territory and the District of Columbia – whose recipes were selected by a panel of judges that included a food magazine editor and government officials.

Scarlet said she her recipe came together just days before the deadline for the healthy lunchtime challenge.

“One day, me and my mom went to the grocery store and we got a bunch of ingredients we thought would taste good, and we though these ingredients would be best in a bowl, so that’s how we came up with it,” Scarlet said.

Her mom, Lisa Summers, said the competition was looking for recipes that reflect the region where the young chef resides, which is why their Barack-a-Bowl contains ingredients like chipotle chilies, corn, cauliflower, red onions, black beans, Cotija cheese and lime.

“I’m so proud of my little girl,” Lisa Summers said after the event.

Some of the winning recipes, like “Alexandra’s Refreshing Watermelon Salad” and “Teeny Zucchini Triangular Panini,” were prepared by White House chefs and served for the lunch in the East Room, where the kids and their parents sat at formal place settings and were joined by the first lady.

The White House claims that more than 30 million kids have access to healthier school breakfasts and lunches, as a result of the initiative, and 1.6 million kids are now attending healthier daycare centers where fruits and veggies have replaced cookies and juice, among other accomplishments. It said that almost one in four Americans now lives in a Let’s Move city, where there are efforts to make cities more walkable by adding sidewalks.

Kids at the lunch have their winning recipes put into a cookbook available on the PBS website. They’re flown to Washington and put up in hotels here on donated fares and rooms.

“This has just been, like I said, a very inspiring event,” Lisa Summers said.

Just like every other state dinner, there was entertainment after the meal.

For Thursday’s event, the cast from Disney’s “The Jungle Book” performed several numbers in the East Room of the White House for the kids and their parents.

In what will be her last Kids’ State Dinner as first lady, Obama then delivered a passionate address to the room of young chefs and their parents, that ranged beyond healthy living to include higher education and community involvement.

“College is a must right? And then you carry on these habits for the rest of your lives,” Obama said.

Scarlet said she’d do just that.

“I’m definitely going to do something with the environment and teaching people how to make healthy foods,” Scarlet said.