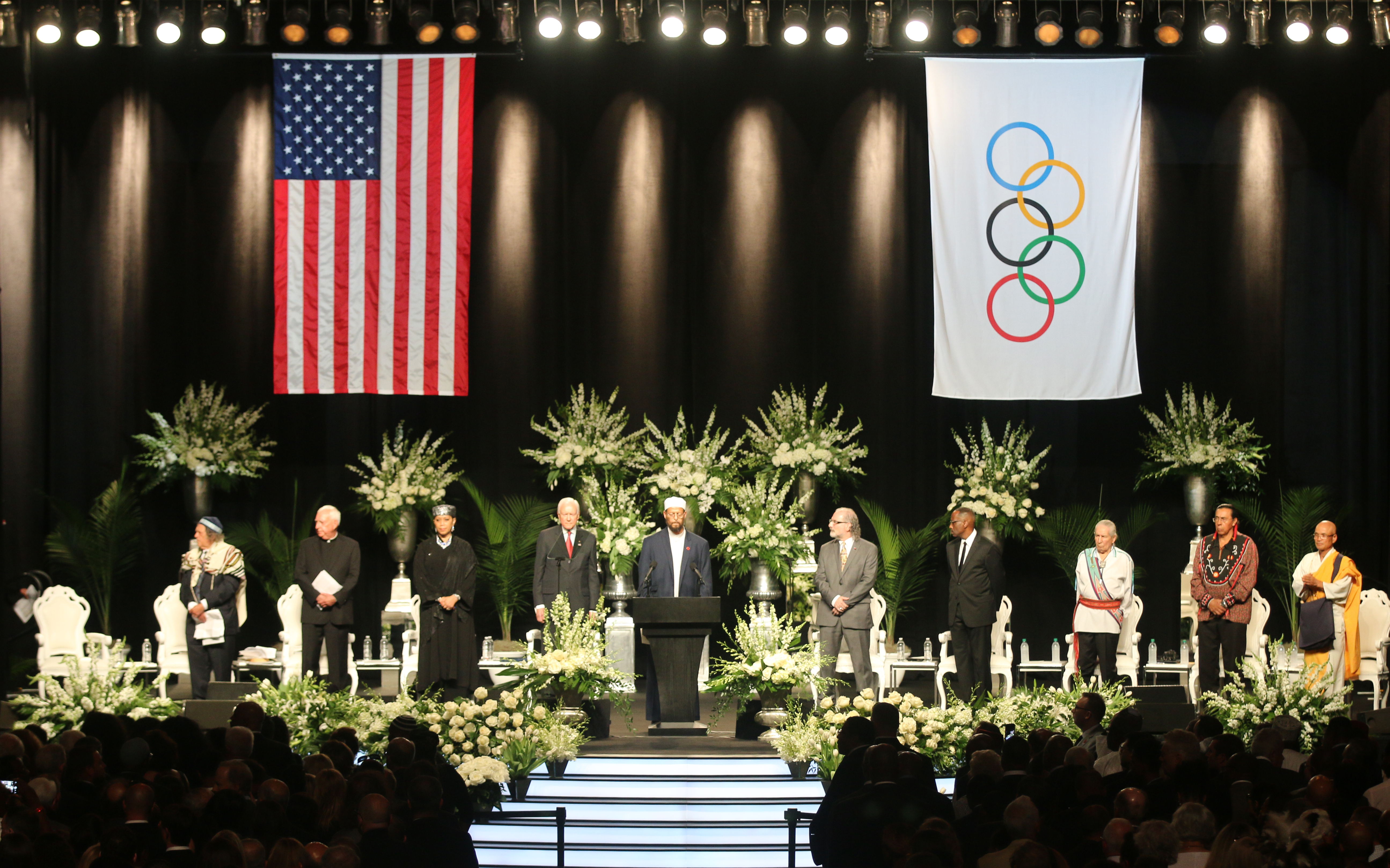 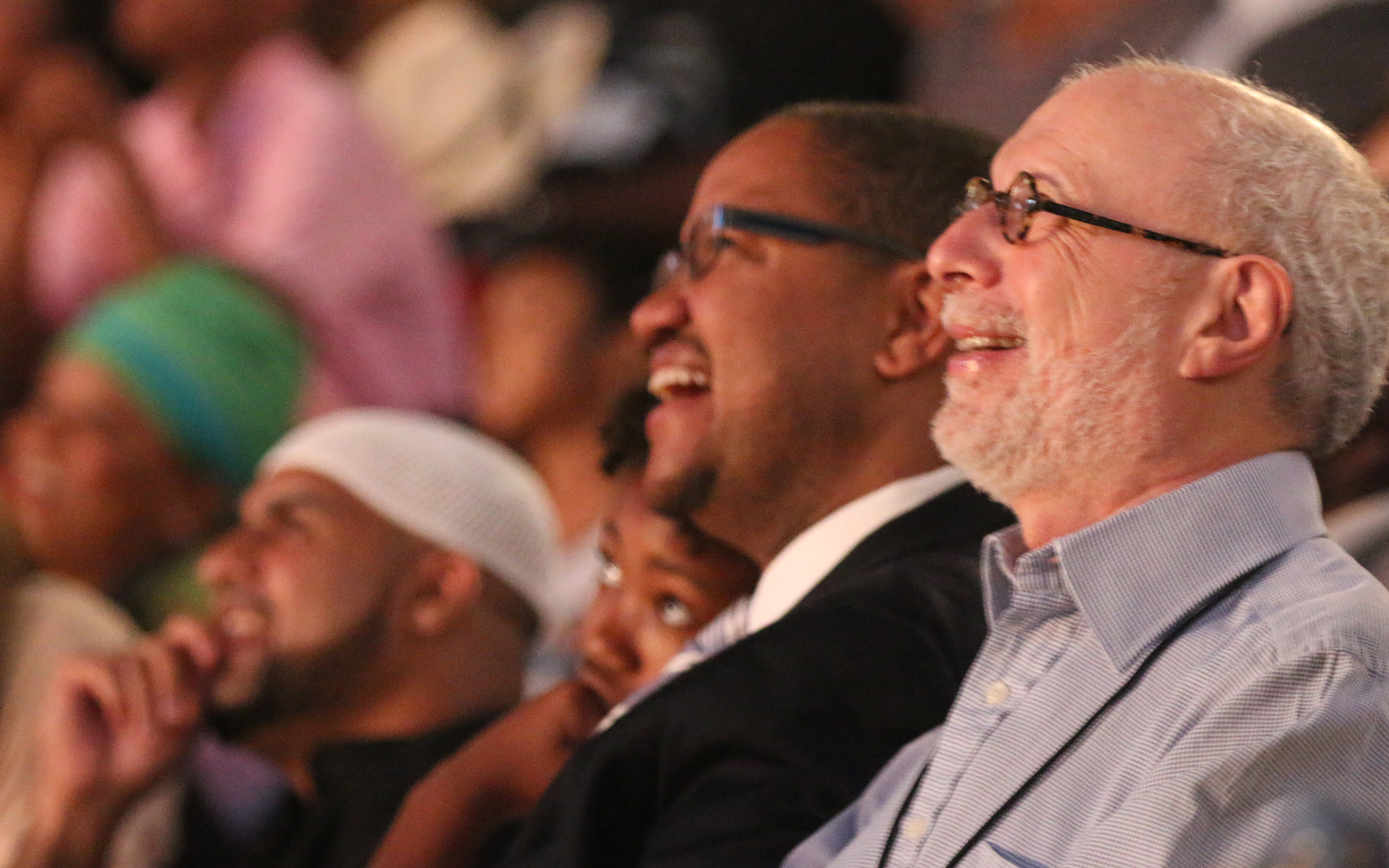 Many of the stories shared at Friday’s memorial service brought smiles to the faces of the crowd of approximately 15,000. (Photo by Lindsey Wisniewski/Cronkite News) 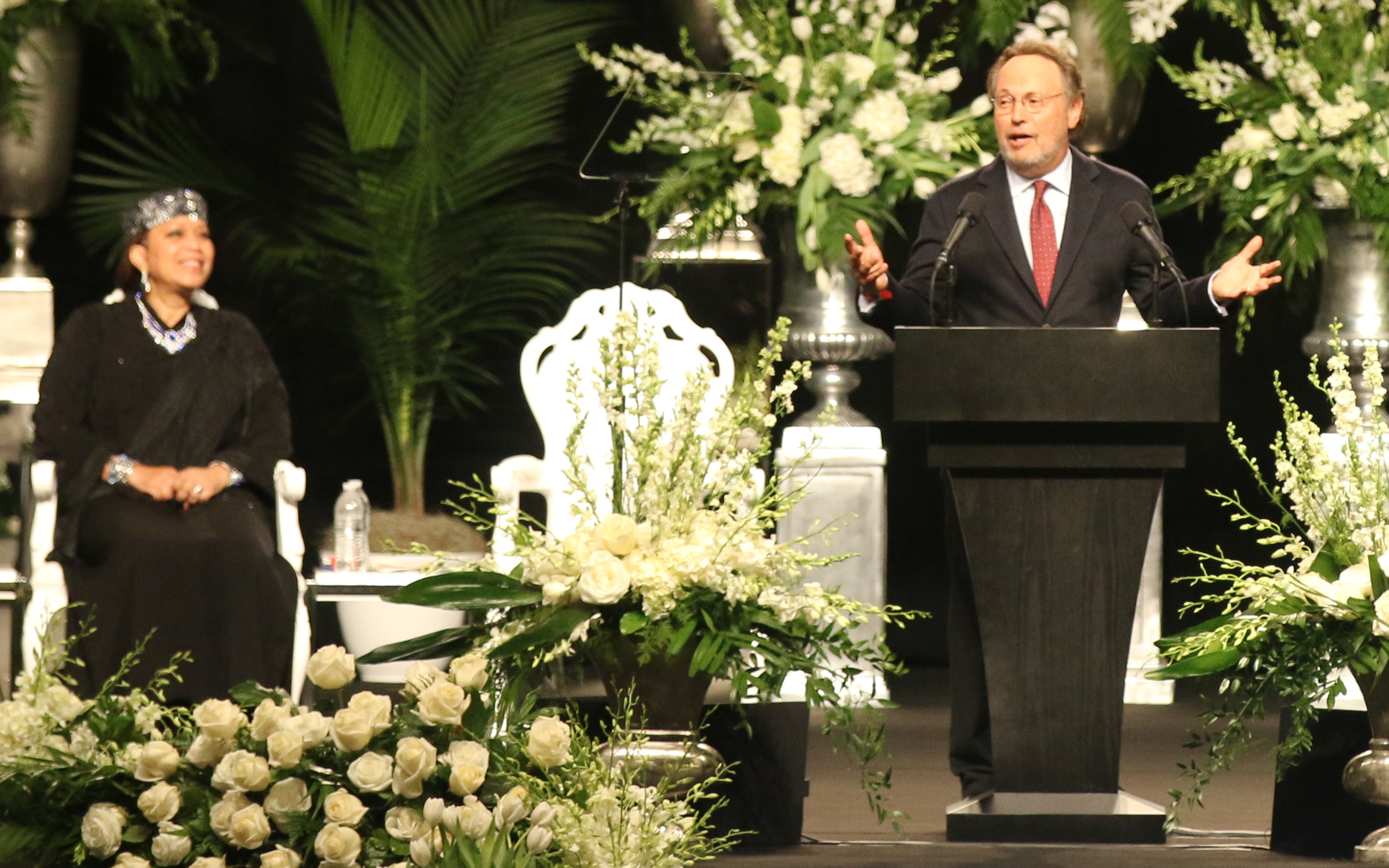 LOUISVILLE – It was 9:30 on a Friday night and Jimmy Walker, founder of Celebrity Fight Night, was sitting in his Phoenix kitchen with his wife Nancy, when he got the news.

“We looked at each other and we said, ‘We need to go to the house,'” Walker said. “We need to be with Lonnie.”

The news was confirmed once they arrived: Muhammad Ali, the man they knew as “The Greatest,” had died.

Lonnie Ali sat in her husband’s favorite chair that night, beside the Walkers. As they watched videos of Ali boxing, she talked about the arrangements Ali started making nearly five years ago for his own funeral. He wanted to make sure it would be a lasting memory.

Those arrangements played out Thursday and Friday in Louisville, Ali’s hometown, before an adoring public who packed two different basketball arenas for services and lined the streets of the city to say their final farewells.

“He would have loved it,” Walker said of the two-day memorial. “Muhammad was more than just a boxing champion; he was a hero.”

The celebration included a traditional Jenazah prayer service on Thursday and a procession Friday through the streets of Louisville, past Ali’s boyhood home and the Muhammad Ali Center named in his honor. Images of Muhammad Ali could be found throughout the streets of Louisville. (Photo by Lindsey Wisniewski/Cronkite News)

Lonnie Ali spoke of a man who showed others how to live.

“If Muhammad didn’t like the rules, he rewrote them,” she told the assembled crowd of approximately 15,000. “His religion, his beliefs, his name were his to fashion, no matter what.”

People from around the globe paid tribute to a man who inspired others with his battles, including with Parkinson’s disease. Ali, 74 when he died at a Scottsdale hospital on June 3, had lived with Parkinson’s for 32 years.

Deja Ellis, a former Phoenix resident who lives in Louisville, remembered the three-time heavyweight champion as a legend who transcended the sport that vaulted him into the spotlight.

“He was a very great, genuine man and an excellent role model,” Ellis said.

She said she admired Ali for his efforts in the community. Ali and Walker worked together in the Phoenix area, where Ali lived for a decade, to raise funds for the Muhammad Ali Parkinson Center at Barrow Neurological Center. Ali was involved in the Valley’s annual Celebrity Fight Night fundraiser for nearly 20 years.

“They used to have Fight Night here, too,” Ellis said. “It’s good for the community and gives everybody else a chance to kind of come out, show their skills, show support and how big of an impact that Ali had on a lot of people.”

Five-time heavyweight champion Evander Holyfield supported Fight Night and was among the many celebrities who attended Friday’s memorial service.

“I think he changed the whole world,” Holyfield said.

Floyd Jones, who grew up in Louisville and returned after living several years in Phoenix, said the way to remember Ali is simple.

“He’s the greatest of all time,” Floyd said.