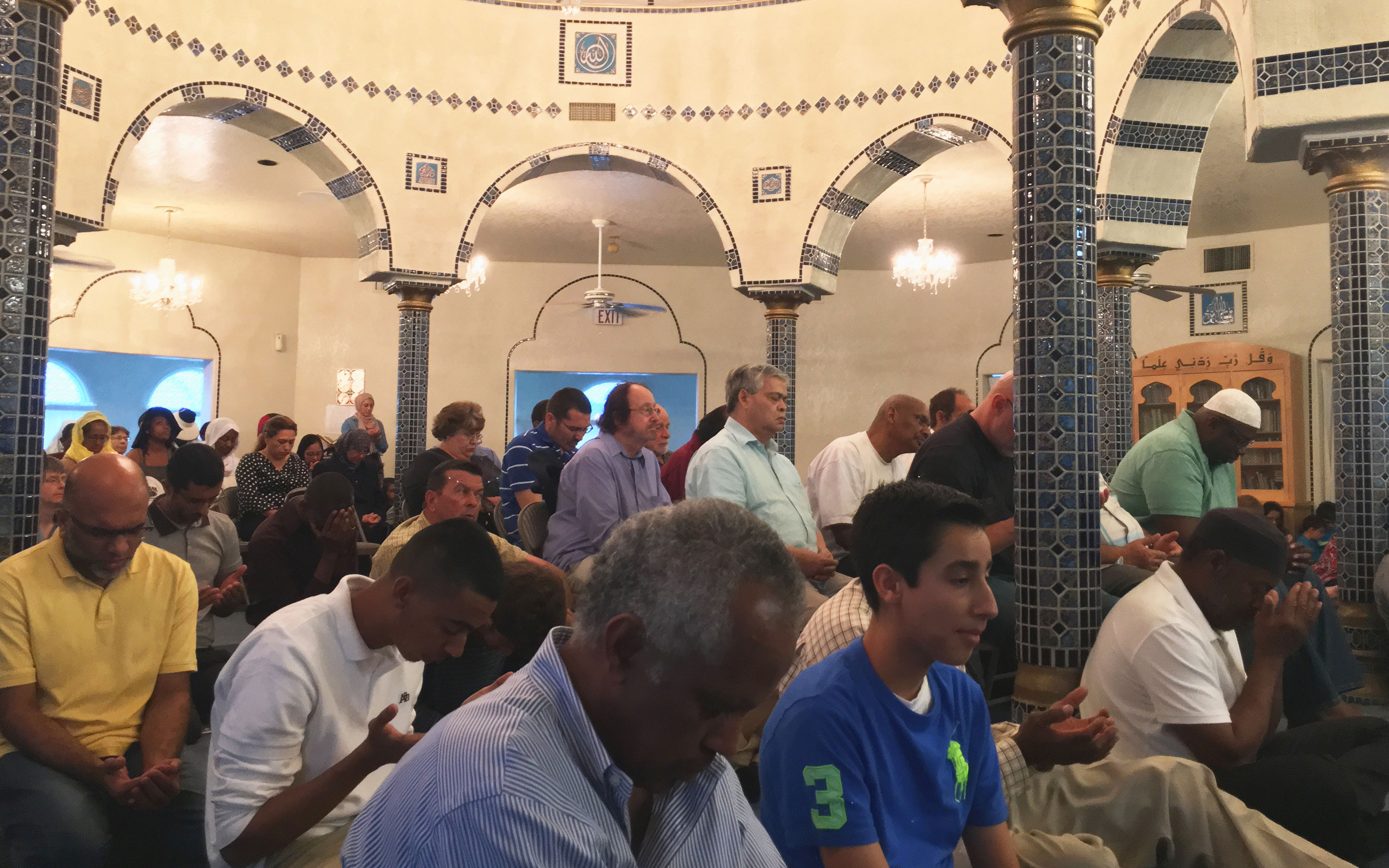 The verses speak of the inevitability of death and the importance of living a good life.

Ali was praised as the model of an American Muslim who was proud, steadfast through adversity, and a powerful purveyor of Islamic values. 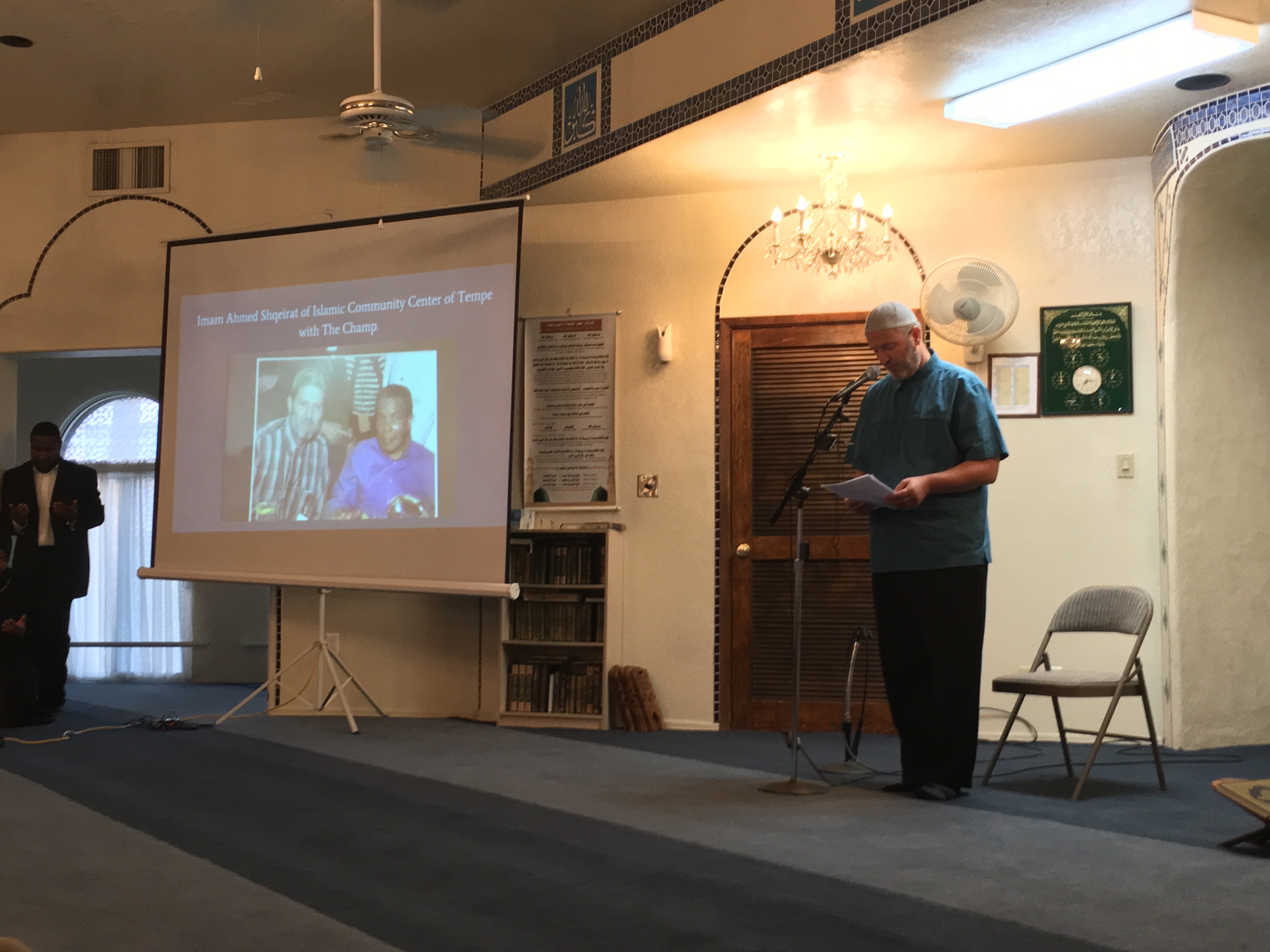 Imam Ahmad Shqeirat speaks at the Remembrance of Muhammad Ali in the Islamic Community Center of Tempe. A picture of Shqeirat and Ali is in the background. (Photo by David Marino Jr./Cronkite News)

Ali, 74, died at a Phoenix area hospital Friday after decades as a celebrated boxer and activist.

People of all generations, racial and ethnic backgrounds attended the memorial, side by side, Sunday at the Islamic Community Center of Tempe.

Some were longtime attendees of the mosque, some were there just for the occasion, all united for a single purpose: to celebrate Ali.

Ali, born in Louisville, Ky, as Cassius Clay, converted from Christianity to join the Nation of Islam, shortly after becoming heavyweight champion in 1964. The 22-year-old also dropped what he called his “slave name.”

His conversion and name change was controversial at the time, with some journalists refusing for several years to acknowledge him as Muhammad Ali. He converted to mainstream Sunni Islam in 1975.

Zarinah Nadir, who translated the Quran verses to English, told the crowd she admired Ali.

“As an attorney, whose goal it was to stand up for justice and advocacy, Muhammad Ali was someone who was a role model for me,” Nadir said. “I wept tears, my scarf became wet, when I realized this figure was no longer here with us.”

“Think about what this man had to endure, and how his character personified the essence of the human being, of the Muslim,” Karriem said.

He implored the audience to spread Ali’s message of community by talking with someone they had not met before, whether they are your “Christian neighbor” or “Jewish barber.”

Angelica Lindsey-Ali, a community activist and behavioral health counselor, said Ali was proud of who he was.

“What strikes me about Muhammad Ali is the fact that he was unapologetically black, and unashamed of being Muslim,” Lindsey-Ali said. “He taught us that it was important to be who we are, not have to conform to anyone else’s ideas of how we present ourselves.”

“I strive to be a Muslim athlete just like him and try to learn from his mistakes and his lessons,” Ahmed said.